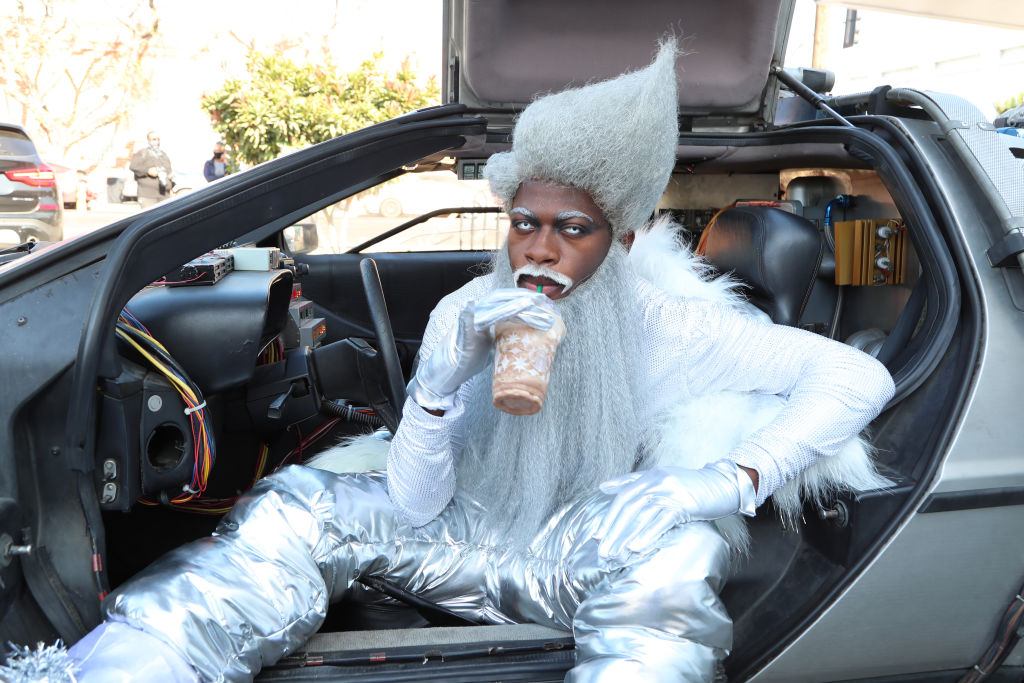 UPDATE, 12/17/20: Nas responded to Live Action on Twitter, claiming, “the ‘pregnant fan’ was a boy on my instagram making a joke about him being pregnant….” Live Action president and founder Lila Rose responded by stating that regardless, the comment made on Instagram was “misogynistic and gross.” At this time, Live Action News can neither confirm nor deny Nas’s  claims about his Instagram fan.

Jokes about ordering women to have abortions and “get rid” of their children are misogynistic and gross. Just say sorry and move on.

12/16/20: Lil Nas X is a rapper and songwriter, most well-known for his song “Old Town Road.” Originally having gone viral on TikTok, the duet with country star Billy Ray Cyrus hit number one on the Billboard Hot 100 charts, and was followed by two more successful singles. Nas has won two Grammy awards, and is the only openly gay artist to ever win a Country Music Association award. But it’s his latest remarks on abortion that are really making waves.

Nas recently took to his Instagram, where he prompted fans to send him questions, which he answered live on his Instagram Stories. One fan wrote in, saying, “I think I’m pregnant.” Nas responded with what seems to be a disturbing attempt at inappropriate humor by telling the fan to have an abortion.

“Congratulations!” he said. “Get rid of it.”

Nas also made a recent appearance on the Nitty Gritty podcast in which he and the interviewer discussed abortion.
Claiming that as a political science major, he knows all the “details” about abortion, Nas and his interviewer, a woman named Tamara, spoke about how “old white men” shouldn’t have a say in women’s reproductive decisions. For those who don’t know all the “details” about abortion, here’s an important video. Everyone who supports abortion should know what it is they are supporting:

WATCH: Satire video shows the absurdity of the ‘better off aborted’ mentality

Tamara’s thinking is classic “better dead than” logic, in which abortion advocates argue it’s better for a child to be dead than to be alive and poor, or alive and disabled, or alive and unwanted — as if there is no value to a life lived in imperfect circumstances.

Which of Tamara’s cousin’s five children should be dead, in her opinion? All of them, or just a few? Those children may one day hear what Tamara said about them and their lack of worth. People who are poor or disabled or “unwanted” can hear what others think about the value (or lack thereof) of their lives. Tamara clearly only sees her cousin’s children as unwanted burdens, and interestingly, she blames her family’s pro-life beliefs (not a lack of access to birth control or some other reason) for their existence. But perhaps the problem isn’t with Tamara’s family’s pro-life values; perhaps the problem is Tamara’s refusal to see the inherent value in every life, regardless of whether they have bad parents.

Saying someone shouldn’t have children based on their supposed parenting skills is a dangerously slippery slope; who decides if someone is a good or a bad parent? Is it truly better for a child to be killed because of his parents’ shortcomings?

For his part, Nas responded by saying that pro-lifers believe a fetus is a human being, and therefore has rights. “I get the rationale; it makes sense in theory,” he said. “But in execution, the fetus doesn’t even know it exists. So it’s just weird, the way they think about that.”

But that line of thinking is illogical as well.

There are numerous people with intellectual and mental disabilities who may not be self-aware. Other people may be comatose. Depending on how one extends Nas’s logic, the argument could even be made that those with Alzheimer’s or dementia aren’t truly self-aware, either.

If self-awareness is the touchstone by which we define life, then is it acceptable to kill an adult with severe mental disabilities, or someone with dementia? Some studies have shown that infants don’t become self-aware for a year to 18 months. Based solely on this criterion, would it then be acceptable to kill them?

Preborn children, people with disabilities, poor people, the elderly, and those with dementia are among the most vulnerable among us. They’re the people seen as burdens by more powerful people.

And ultimately, Nas has flippantly admitted that he thinks it’s acceptable for those in power to visit violence upon those more vulnerable.