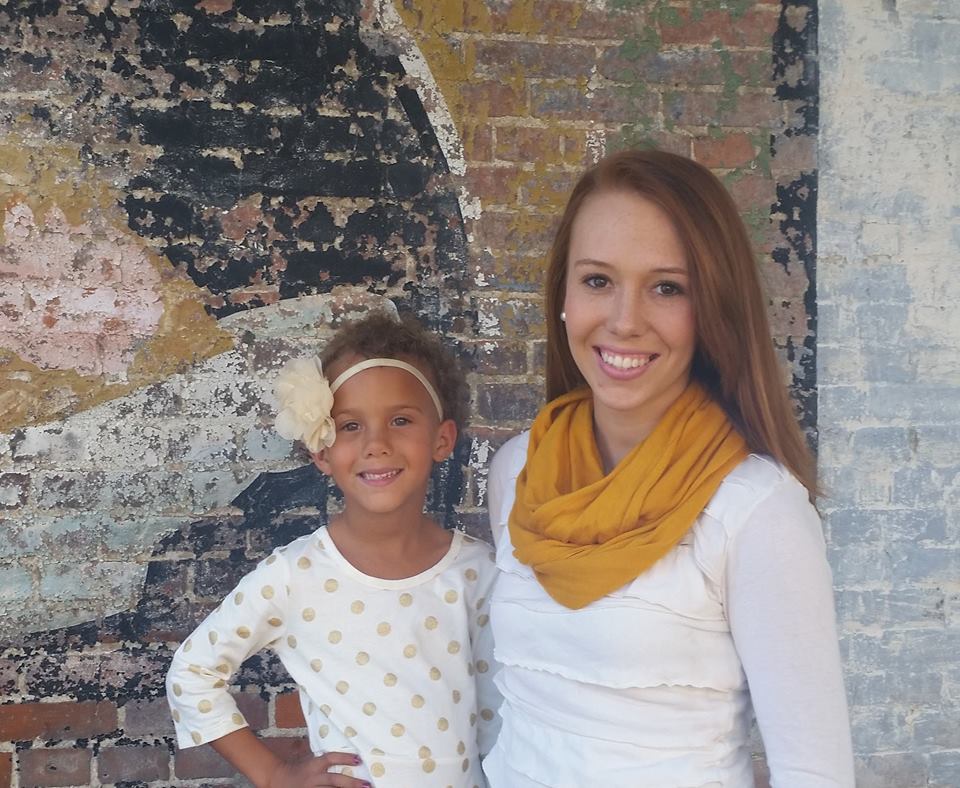 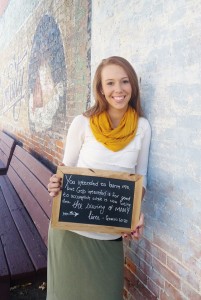 Lauran Bunting faced a bit of culture shock when she headed to public high school as a freshman after being homeschooled. Having been raised Christian, she had morals that she wanted to stay true to, but she admits letting them slip a bit with the desire to fit in at school. By the time she would graduate, she would be nine months pregnant. But her story isn’t one anyone was expecting.

As a senior, Lauran fell for a sweet guy who showed her a great amount of respect. She explained to her new boyfriend that she was waiting to have sex and he told her he was fine with that and seemed completely understanding of her wishes. Her parents didn’t want her dating him, but she went and saw him anyway.

“A week later we were hanging out,” she explains, “We were playing basketball. We went in the garage for a quick drink and that’s when he decided that he didn’t care. He wanted to have sex and I begged and pleaded with him but he forced me into this closet and forced me to have sex with him.”

Devastated, Lauran went home immediately but didn’t tell anyone about what had happened out of fear. Her family had experiences with men who were physically abusive and that history was in the back of her mind, plus her parents had told her not to date the boy. So she kept the rape a secret.

A month went by. Lauran continued to see her boyfriend and endure the abuse. She was worried about what people would think or say if she were to break up with the guy she said she loved, a boy she defied her parents to be with. But then Lauran began feeling ill and a bit off. She took a pregnancy test and the results were what she feared. She was pregnant.

She told her sisters about the pregnancy and then one day, she waited for them to get home before they sat down to tell their parents, first their mother and then their father. But Lauran still left out the detail that she had been raped.

“My dad said, ‘You’re going to have an abortion if you really are pregnant,’” explains Lauran, “I don’t remember ever crying so hard in my life.”

Lauran refused to abort her child. She didn’t think abortion was right and knew it wasn’t the answer to her problems. She kept the secret of having been raped and she and her father barely spoke. Her parents decided that Lauran should place the child up for adoption, and that was the plan when she went for her first ultrasound at 12 weeks. There was even a couple that wanted to adopt the baby. But when she was leaving the pregnancy center after her ultrasound, the volunteers handed a carnation to her along with the words of Jeremiah 29:11:

“For I know the plans I have for you,” declares the LORD, “plans to prosper you and not to harm you, plans to give you hope and a future.”

Lauran knew that this was a sign from God; He was speaking to her. She made up her mind then and there that she would keep her baby. She didn’t know how she would do it, but she was determined and she knew that was what God’s plan was for her.

Lauran finally told her parents what had been happening to her and that the sex wasn’t consensual. They were a lot more understanding and her father began to be more supportive, but he still struggled to accept the situation.

“It was around this time that I turned around and gave my life over to the Lord,” says Lauran, “I wasn’t living for the Lord like I thought I was. I wasn’t going to get through anything without the Lord on my side. I broke things off with the guy and I continued on with school because I knew I had to finish. But then things got bad at school. He hit me with a door. He threw food at me. He threw a ball at me. I almost got pulled out of school because every few days we were in the principal’s office, or the nurse’s office, or the guidance counselor’s office.”

Despite the conflicts, Lauran persevered, graduating from high school and giving birth to her daughter Isabella about 1 ½ weeks after.

Today, Isabella is 5 years old and Lauran works as a nanny and is homeschooling her daughter, who is adored by her grandparents.

“Dad and Isabella are best friends,” says Lauran, “He spoils her rotten. God changed his heart.”

Lauran has said goodbye to the past, walked away from those who spread rumors about her, and has remained focused on the plan God has for her and Isabella. Her rapist doesn’t try to contact them. Lauran says:

Isabella knows that she has a dad out there, but that God is her father and He will be the best dad that she could ever have. She even reminds me of that. She tells me that I’m the best mom and He’s the best dad. I wasn’t sure how it would be to be a single mom but Isabella has the best attitude about everything and she is always there to encourage me. 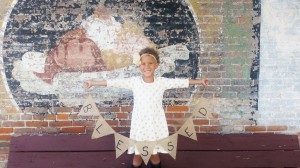 Lauran and Isabella have been able to share their story on the political stage, both by working on a local campaign and by becoming involved in the heartbeat bill in Ohio. Their testimony helps save the lives of unborn children and give hope to rape victims. She wants them to know that if you put the Lord first, before anything else, and trust him and know that there is hope; they will get through it. There are going to be really painful days, she says, but the Lord is faithful.

“This is the hardest blessing I’ve ever gone through,” says Lauran, “I wouldn’t change it for anything.”