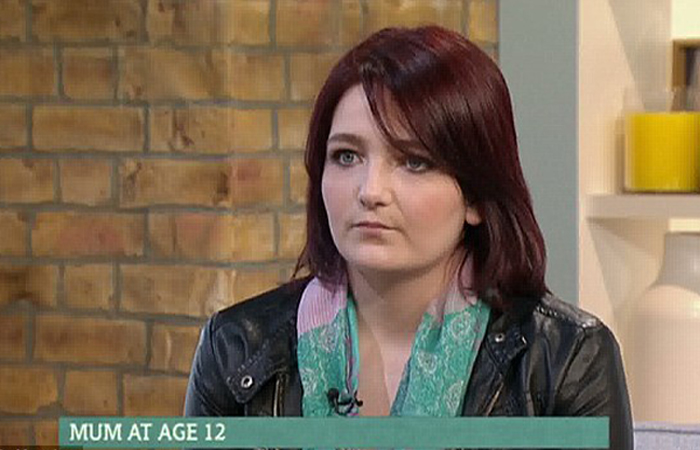 Tressa Middleton didn’t grow up in a stable home. Her mother was homeless, and because of that, Middleton and her brother, Jason, were split up into foster care.

After a year, the family was reunited; however, Middleton began drinking around age eight, and spent time with people in their 20s. When that was discovered, she was once again taken from her mother, however, it wasn’t long until she was placed back into her care.

Middleton told the Daily Mail that in 2005, at the age of 11, her 16-year-old brother took her to a building site where they used to ride their bikes. It was there that he raped her. A few months later, as her body was changing, a friend suggested that she might be pregnant. They got their hands on a pregnancy test, which came out positive.

Her mother was upset at the news, but Middleton didn’t tell her the whole truth. She kept the rape and the identity of the baby’s father a secret. He was the only one who knew the truth.

“I never thought about terminating,” said Middleton. “I didn’t believe in abortion, even at that age.” Tressa Middleton with her mother.

After her daughter Annie was born, Middleton became addicted to drugs and alcohol, and she placed her daughter up for adoption.

“Later I was really drunk, and I was at my friend’s house and I just broke down and told her that Jason was Annie’s dad. She thought I was lying at first,” said Middleton.

Once the truth about the rape was out, her brother was arrested. A DNA test proved he was the father, and he was sent to jail for four years.

Now age 21, Middleton is speaking out in hopes of helping other victims.  She has written a book titled, “Tressa: The 12-Year-Old Mum,” which she dedicated to Annie.

She told the television show This Morning:

In the book’s dedication, Middleton tells Annie that she “is the beating pulse of life” and that she still keeps her baby clothes. She writes: “For now, I want you to know that I love you, and I always will.”