In the pro-life documentary “Except in Cases of Rape,” Ashley Boyer, who is raising a child conceived through rape, shared her story of choosing life in difficult circumstances. Pro-life laws meant to save lives from abortion often include “exceptions,” including for preborn babies conceived in rape. Essentially, the laws protect preborn babies from abortion unless they were conceived in a sexual assault. These discriminatory “exceptions” send the message to anyone who was conceived in rape that the government does not see their lives as worth living. For many rape survivors, the pressure to abort their babies is too much to bear and some give in, later suffering for it.

Though Boyer’s initial reaction to learning she was pregnant was to have an abortion, she quickly changed her mind. Raped by someone she knew, she considered abortion right away. She explained:

Immediately after finding out that I was pregnant… abortion was a thought. It went through my head, “There’s no way. No, I can’t do this. Not with this person. Why is this happening to me?”

But it only took me about an hour to realize that I was pregnant for a reason and this child was meant to be mine. And after that abortion was no longer a thought or an option.

Boyer’s religious beliefs, along with her strong conviction that abortion kills innocent children, were what led her to choose life for her child.

“One of the 10 Commandments says, ‘Thou shalt not murder.’ And even though it’s not out in this world, it’s still murder… In my opinion, I think that it’s wrong,” she said. “It’s just a child – he didn’t ask to be created. So, you should give them a chance.”

Some women who conceive through rape and choose life make adoption plans for their children, while others raise their children. Boyer chose to parent her child and she credits that child with literally saving her life:

I, in my opinion, think that I wouldn’t be here today if I didn’t have my child. I was down a very rough road in life and was messing up and since I’ve had my child, I’ve bettered myself. I’m going to school and if I would’ve chosen abortion then I don’t know where I’d be in life or if I’d even be here myself. 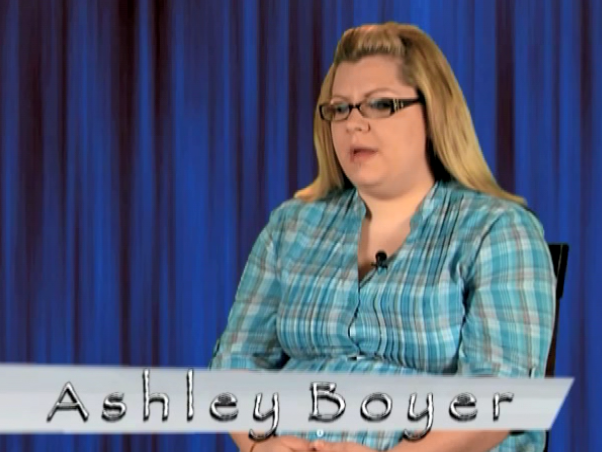 Becoming a mother led to Boyer giving up harmful behaviors, and she dedicated herself to building a better life for her baby and herself. She wants other women who have conceived due to a sexual assault to know that their child was created with a purpose.

“That child was created for a reason,” she said. “It’s meant to be here. He may not have been created in your time, and when you wanted it, but it was on God’s time, and He gave it to you, to either better your situation or help you in your struggle.”

Contrary to popular belief, many women who conceive through rape reject abortion. In fact, two different studies found that the majority of these women chose life. A study by David Reardon, Amy Sobie, and Julie Makimaa revealed that 73% of pregnant rape survivors rejected abortion and gave birth to their children. A separate and older study by Dr. Sandra Mahkorn put that number even higher at 75%.

Mahkorn discussed the reasons why women in her study chose not to abort:

Beliefs that abortion involves violence, killing, or was immoral were the reasons most frequently reported for clients’ decisions against abortion. Client viewpoints such as abortion is a “violent way of ending a human life” or abortion is “killing” were noted.

Others expressed the belief in an intrinsic meaning to human life, reflected in opinions such as “all life has meaning” or “this child can bring love and happiness into someone’s life.”

It was similar beliefs that influenced Boyer to carry her pregnancy to term. She has no regrets and feels she is much better off for having chosen life for her baby. How a person was conceived in no way diminishes their value or removes their right to life.