Getting to the heart of the matter, from people who’ve been there.

Anna experienced both abortion and birth after rape.

At 12 years old, Anna was pregnant by her stepfather, who beat her up and forced her to take pills that would abort the baby. At 13, she was pregnant again. This time, she told her mother about the abuse and the pregnancy. Her mother called the police, and Anna was free from her abuser and free to give birth to her daughter. As someone who has experienced pregnancy by rape ending in abortion and pregnancy by rape ending in a live birth, Anna feels it’s better to give birth to a live baby than a dead one.

During the Exceptional People Convention, running from April 19 to 21, Anna and nine other women will share their stories of rape conception at an open forum for Choices 4 Life in Houston, TX. They will reveal the truth about their own rape or incest, or learning they were conceived in rape. Each story is equally emotional and powerful and will answer the question: what about abortion for women who are raped?

People often assume that if a woman or girl becomes pregnant through rape or incest, she must not want her child. Advocates for abortion in cases of rape often wonder what woman could or would want to carry the child of a rapist, or who could expect a woman to care for a child who looks like her rapist.

Anxious to spread the truth about what it’s really like to be pregnant by rape or to find out you were conceived in rape, these strong women will gather at 7pm on April 19 in the Trinity Room at the Holiday Inn Intercontinental Airport in Houston to talk openly to the public. Together they will tackle the heavily debated topic of abortion in cases of rape.

In addition, the panelists will all gather on Saturday, April 20, at 10am in front of the largest Planned Parenthood in the western hemisphere at 4600 Gulf Freeway in Houston. Everyone is welcome to join the “exceptions” to protest abortion and help abolish the rape exception. For more information call 281-451-8469 or email [email protected]. 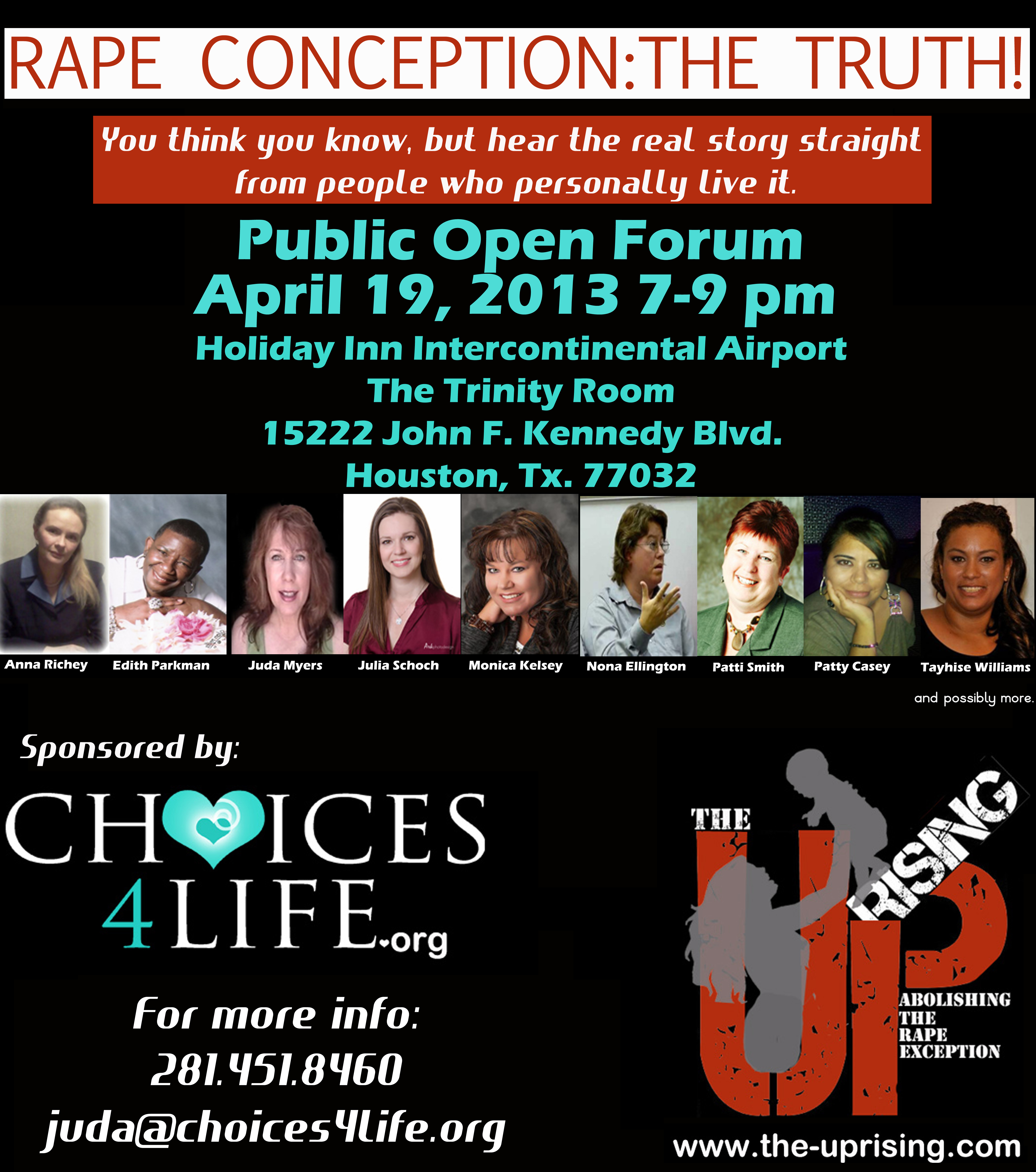 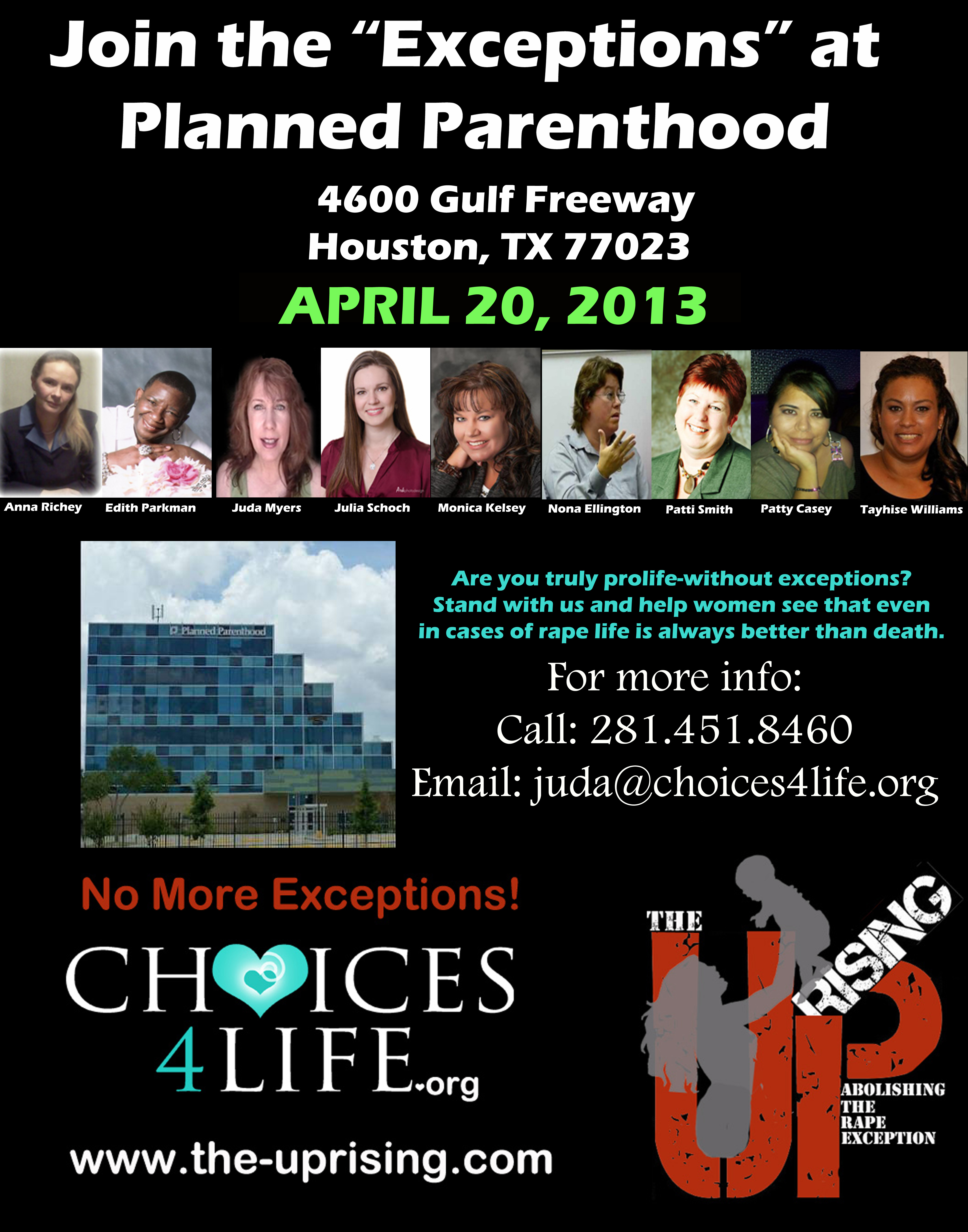