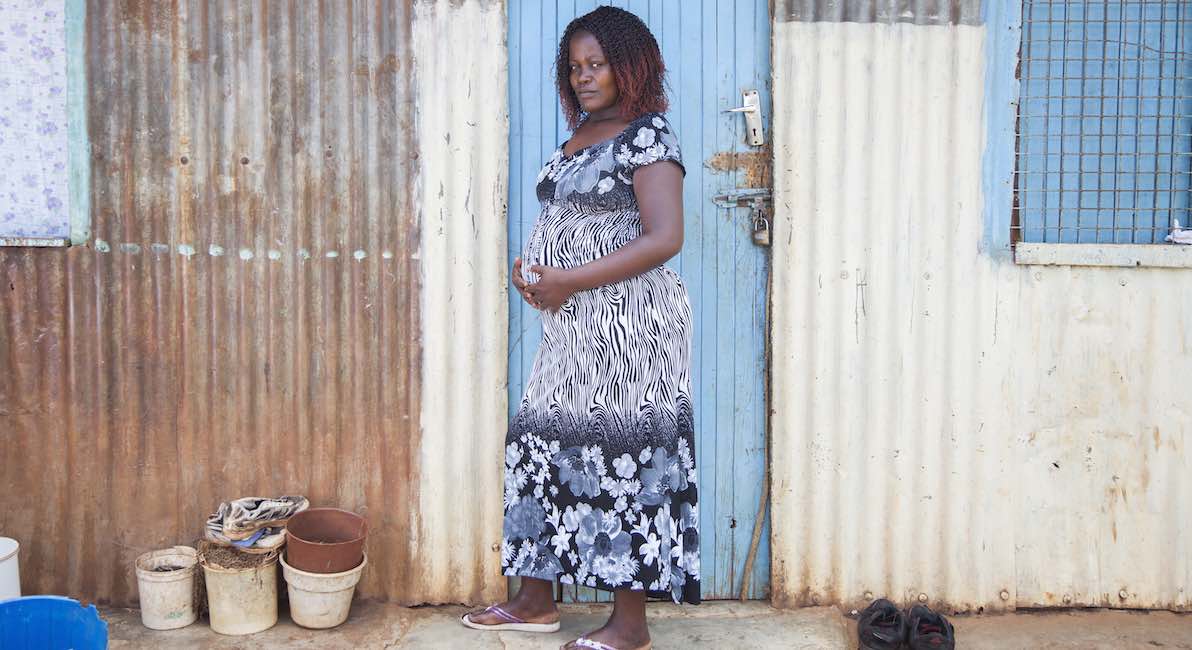 (Pregnancy Help News) The current abortion laws in South Africa are pretty liberal and are even hailed as some of the most progressive abortion laws on the books. Yet, many doctors and healthcare providers will refuse to do legal abortions or even give a referral for one for reasons of religion or conscience. In fact, the general population is also opposed to abortion, with over half the population thinking abortion is always immoral in cases of family poverty, fetal anomaly, or both.

This has caused an odd dichotomy in the country: abortion is generally legal, yet illegal abortions are being advertised openly by people who are not medical professionals.

In South Africa, the Choice on Termination of Pregnancy Act was passed in 1996. This Act made it legal to get an abortion up to 12 weeks for no reason at all, and it does not have to be done by a doctor.

From 13-20 weeks, however, a woman wanting an abortion must consult with a doctor and can get an abortion if her physical or mental health is at risk, fetal anomaly, pregnancy was from rape or incest, and if continuing the pregnancy would be detrimental to the woman’s socioeconomic circumstances — basically, for any reason whatsoever. This part of the Act is very reminiscent of Doe v Bolton and how “health” was defined.

Additionally, after 20 weeks, a woman can still get a legal abortion if a doctor and second doctor or a nurse determine the pregnancy would endanger the woman’s life, the fetus has a severe anomaly, or the pregnancy poses a risk of injury to the fetus.

No counseling beforehand is required, either, although informed consent is required. A minor does not need parental permission or have to give notice to their parents to get an abortion. A woman who is mentally disabled or in a coma or coma-like unconscious state can have an abortion performed on them without their express consent for any reason up to 12 weeks, and for the reasons listed above at 13-20 weeks and after 20 weeks.

One reason the illegal abortion providers are so popular in South Africa may be that women do not know how liberal the abortion laws are in the country since abortion is generally viewed negatively. Women also may not realize that the advertisers and sellers of abortion medication are not registered to do so and are providing illegal services.

It is estimated that up to 50% of abortions in the country may be done illegally, although it is very hard to know the accuracy of these numbers.

If you visit a city in South Africa, you’ll see signs everywhere advertising abortion: on walls, on lamp posts, on street lights.

The ads are often accompanied by a WhatsApp number and the abortion medication is usually administered out of someone’s home. The medication being given out cannot be confirmed to be the correct medication or the correct dosage, and the protocol women are being told to follow may not be correct, either.

These abortions are not only illegal but also dangerous for women; even a “normal” medical abortion has nasty expected side effects and without access to emergency services or follow-up medical care, women can experience severe side effects and even die.

In response to the dearth of illegal abortions in the country, groups that promote access to abortions, like Amnesty International, state the solution is to make access to legal abortion easier, usually by promoting getting rid of conscientious objection laws.

However, abortion activists in South Africa fail to discuss the reason women seek abortions in the first place (despite the fact they think abortion is morally wrong), what could be done to address these root issues, and the variety of help available to women who are pregnant which can address these concerns.

What underlying factors would cause someone to break the law? What could be done to prevent that from happening?

However, there are many resources in South Africa which are available to help mothers facing an unplanned pregnancy, such as life-affirming pregnancy help centers and maternity homes.

These are places a woman can go for options counseling (which is not required before abortions), for pregnancy testing and ultrasounds (which women may not be getting before an illegal abortion), material aid, referrals to community resources, parenting and childbirth preparation classes, mentoring, and other services.

Comprehensive help and support to a woman facing an unplanned pregnancy allow her to make informed decisions not based on fear, and to be confident in being a mother if she decides to parent.

There are others not even on that extensive list.

For example, the Mater Domini organization provides a safe maternity home for women who are pregnant and in crisis, no matter their religion, age, socioeconomic status, marital status, or race. Their services include not just a safe place to stay, but skills-building programs so the women leave with more knowledge and are better able to provide for themselves and their child.

Just like women in South Africa may not even be aware of the laws regarding abortion or that the advertisements they see are for illegal abortions, they may also not be aware of the life-affirming resources available to them.

Is it any wonder that illegal abortions are so broadly advertised?

Perhaps if women saw alternatives advertised more heavily, not as many would turn to the illegal abortion providers.

Given that much of the population already oppose abortion based on moral grounds, it stands to reason that many women are making decisions for abortion against their closely-held moral or religious values and economic or relational circumstances may be driving them to consider an option they do not want.

Having alternative resources available to empower these women to act in accordance with their beliefs should be seen as positive and be welcomed and celebrated, not dismissed in favor of laws which won’t truly help women in need.