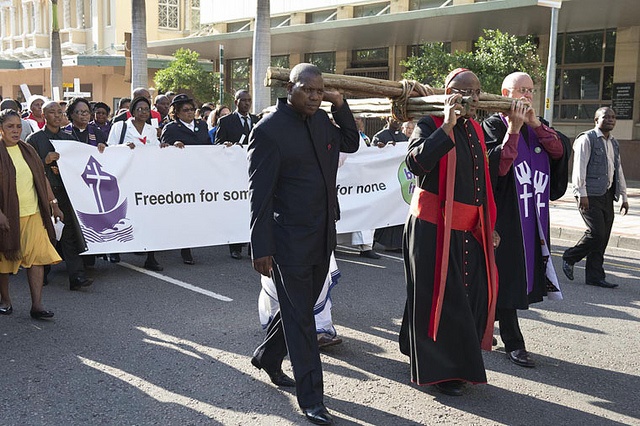 In a series of tweets, South African Cardinal Wilfrid Napier, archbishop of Durban, called attention to the high rate of abortion among black Americans, referring to it as “genocide” and suggesting that abortion is what the Catholic church should be apologizing for.

Napier’s comments followed recent calls for the Catholic church to apologize for the way it has treated gays and lesbians and for its teachings on homosexuality, to which Napier replied via tweet, “God help us! Next we’ll have to apologize for teaching that adultery is a sin! Political Correctness (PC) is today’s major heresy!”

Napier suggested that abortions in the U.S. in general, as well as abortions specifically of black babies, are what truly demand an apology. He notes that a “disproportionate” percent of black babies are being aborted.

1/3 Guttmacher Institute estimates that since 1973 USA has aborted 57 million+ babies! Isn't this something we should be apologizing for?

2/3 Of those 57 million+ babies disproportionate number, +/- 31% have been Black! Isn't that also something we should be apologizing for?

3/3 That figure starts looking like a genocide when one factors in that Black women make up only 13% of total number of women in USA,

On Monday, Napier continued his support for pro-life efforts by retweeting Live Action’s photo showing the humanity of the preborn.

I'm not a potential human— I am a human with potential. #prolife pic.twitter.com/8cEGe8AhOn

Napier, an outspoken advocate for life, is calling it how he sees it, regardless of what is politically correct.