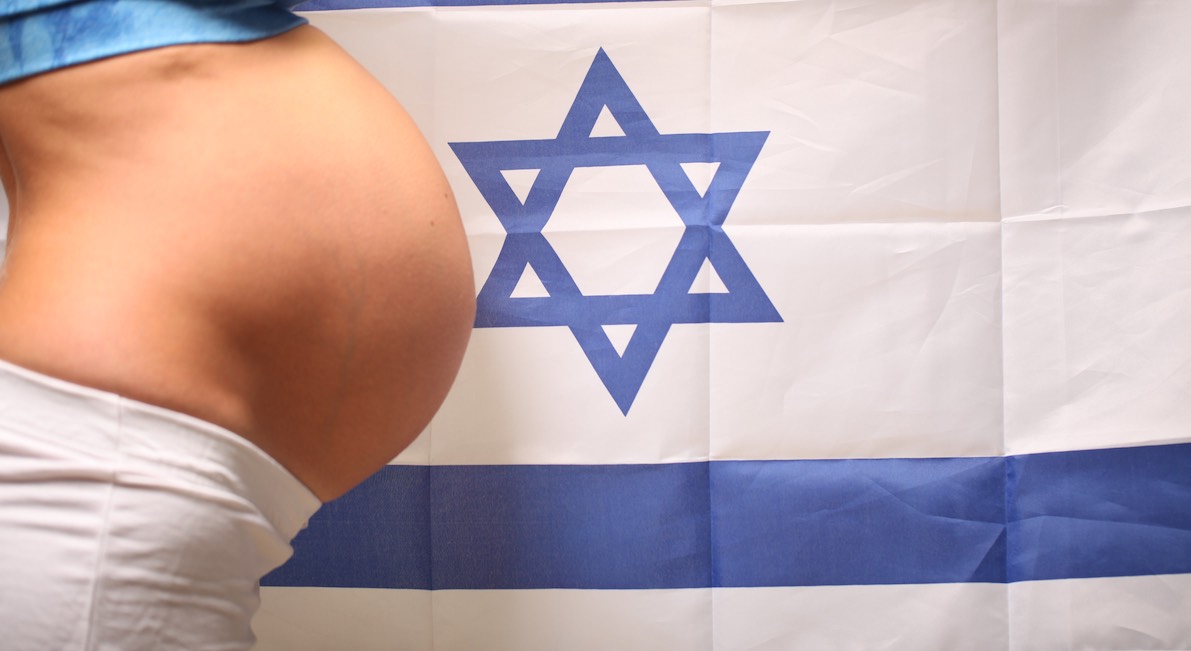 Rabbi Yaakov Menken, the Managing Director of the Coalition for Jewish Values, recently responded to a claim from the National Council of Jewish Women (NCJW) that Judaism is a pro-choice religion. Contrary to the group’s claims, Menken argued that abortion is not a “Jewish value.”

“The ethical lessons of the Five Books of Moses, what Jews call the Torah, are today so commonly held that they are almost taken for granted,” Menken wrote over at Newsweek. “We forget that beliefs such as the inestimable value of every human life, the superiority of peace to warfare and a justice system that must treat all as equals were hardly common in the ancient world.”

Menken observed the desire of mankind to strive for the Bible’s “moral ideal,” only to inevitably fail due to our flawed human nature. The goal of every “holy person” is to aim to do better after every fall. The issue we’re seeing today is a preference to reconstruct the biblical word in order to justify behavior that diverges from the Bible’s teachings.

According to Menken, this is precisely the problem with the “Abortion and Jewish Values Toolkit” from NCJW. It relies on several untruths about Judaism and attempts to use religion to find moral grounds for abortion.

The Jewish Bible and Abortion

NCJW claimed that “Judaism permits abortion. Full stop.” Menken objected to this, stating that the Jewish Bible is “unambiguously ‘pro-life’.” Menken identified the Jewish Bible as the source of Western society’s respect for human life. As the Jewish Pro-life Foundation explained on its website, Judaism was the first religion to classify human life as “sacred” and to prohibit child sacrifice. Various scriptures also appear to contradict the view that Judaism is a pro-choice religion.

Menken pointed to Jacob and Esau being referred to as “two nations” in the book of Genesis while they are within Rebecca’s womb. Even in utero, the brothers’ distinctive personalities are acknowledged as already being present. Adding to this, the prophet Jeremiah is directly told by God that the Lord knew him before he was born and had a plan for Jeremiah’s life.

Some abortion-choice advocates point to Judaism’s alleged support for abortion because of Exodus 21:22-25. Pro-choice individuals assume the verse is saying two men will merely have to pay a fine if they cause a pregnant women to have a miscarriage, proving that Jewish law does not bestow the same protections on the unborn as they do with born humans.

As Rabbi Shlomo Nachman explained on his website, this verse is often misunderstood. According to the site, Rabbi Ahron Soloveitchik stated that the verse is not referencing a miscarriage, but a premature birth. If no harm comes to the child after the men cause a premature birth, then the penalty is only a fine. But if their actions result in the death of the baby, then it is “an eye for an eye….”

The text found in Exodus is also referencing involuntary manslaughter and the punishment that must follow for such a crime. It is not offering justification through Jewish law for a woman to deliberately abort her child.

While 76% of American Jews identify as pro-choice, this position seems to be derived more from secular influences than Jewish law and tradition. Judaism promotes the idea that God established a covenant relationship with His creation. It is difficult to align the deliberate killing of preborn children with this principle.

Conservative commentator Ben Shapiro attracted controversy in 2018 when he stated that Judaism does not support the destruction of the preborn. Critics of his position – some of them Jewish – said this view aligned more closely with Christianity. But both Shapiro and Menken have offered an explanation on abortion that aligns with the attitude of most Orthodox rabbis, as well as Jewish legal authorities.

In fact, several writings from ancient times treated abortion as a form of murder. “The Sentences of Pseudo Phocylides” forbids a woman from destroying the “unborn in her belly.” Josephus, a first-century Jewish historian, proclaimed, “The law orders all the offspring be brought up, and forbids women to either cause abortion or to make away with the fetus.”

Widely considered an expert on abortion in Jewish law, Rabbi Moshe Feinstein decried abortion as an act of “legalized bloodshed” in a 1976 article in The Jewish Observer. These sentiments were echoed in Rabbi Dr. Shimon Cowen’s “A Populism of the Spirit,”  in which Cowen criticized abortion as “an anchor of the permissive society, in which sexuality is pursued without commitment or responsibility….”

The laws surrounding the Sabbath do not support NCJW’s claim that the preborn are not given the “status of personhood” under Jewish law. Menken said the only permissible violation of Shabbat is if a “lifesaving activity” must be performed. When a fetal life is in danger, then the law demands the Sabbath be violated in order to save the preborn baby. If the preborn were not seen as human, then this would not be the case.

Life of the Mother

Menken stated that the only exception the Mishnah grants for abortion is if the mother’s life is at risk. As Live Action News has previously reported, abortion is actually never medically necessary. If a pregnant woman’s life is endangered, then preterm delivery is advised. Or, in the case of an ectopic pregnancy, the intention is to correct a pathology. This cannot be considered an abortion, as it does not involve the intentional, targeted taking of an unborn life.

Typically, the pro-life view when the mother’s life is at risk embodies the doctrine of double effect. Abortion is an evil that can never bring about a good, but a medical intervention to save a live can be neutral or good. The latter action may also result in the death of the preborn child, but the intention is not to deliberately end the child’s life.

Regardless of Judaism’s abortion exceptions for health concerns, this does not prove a widespread acceptance for abortion like NCJW has alleged.

Editor’s Note, 7/18: This article previously incorrectly credited Rabbi Soleveitchik as authoring a website. This has been corrected to credit Rabbi Shlomo Nachman.