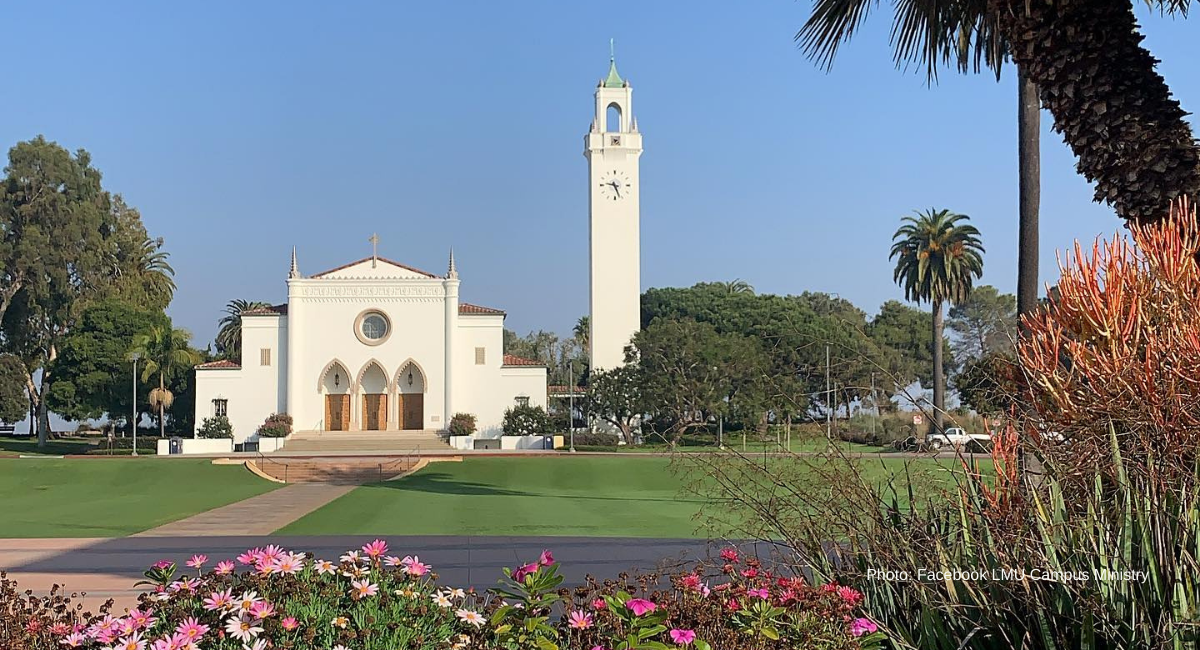 A Catholic university’s recent decision to allow a fundraiser for abortion giant Planned Parenthood moved one student to action.

When news broke about Loyola Marymount University’s (LMU) plan to host a fundraiser for Planned Parenthood, many were outraged. RenewLMU, an organization that describes itself as a “movement of alumni, students, donors, and allies to strengthen LMU’s Catholic identity,” led a pro-life petition drive to call on on the university’s president, Timothy Snyder, to cancel an event that directly contradicts Catholic teaching on human dignity and the sanctity of life. Although the group collected 2,750 signatures — and LifeSite collected another 15,000 — Loyola Marymount’s administration declined to act.

But Megan Glaudini, a junior Theology major at LMU, had an idea. When she heard about the fundraiser taking place on her campus, Glaudini knew she had to do something. After RenewLMU’s request fell on deaf ears, Glaudini decided to revive the campus ministry’s pro-life program called VITA. “…[O]riginally, I was just completely disgusted and embarrassed, and disappointed that the university would allow this to happen,” she told Catholic News Agency.

READ: Pro-life displays vandalized on college campuses across the country

Glaudini wanted to refocus the discussion away from the politics she felt some were using to promote the event, back to the human rights and dignity of pre-born babies and individuals. She planned a rosary with the group right before the Planned Parenthood fundraiser. “I just feel like it’s my job here on this earth and especially on this campus to uphold the dignity and the values of my faith,” she said. “And that’s exactly what I thought I would be doing if we created this group and we’re able to pray this rosary together.”

According to the pro-life group’s website, VITA believes “that every human life is sacred, and as such, the life and dignity of every human person is to be respected and protected.”

The need for the group was as apparent to other members of LMU as it was to Glaudini, especially after what students felt was a disappointing response from leaders at their Catholic university. “The professors and some of the professional staff really told me how refreshed they felt after what we have created because they felt like Catholic students wouldn’t care on campus that this Planned Parenthood fundraiser was happening, but we proved them wrong,” she said.

A university statement sought to distance LMU from the event, which ended up raising $4,100 for the abortion giant, according to the student newspaper, The Loyolan. “The event being held this evening by Women in Politics, an independent student organization, is neither sponsored nor endorsed by LMU. The university does not support, nor does it fundraise, for Planned Parenthood. LMU regrets the concerns this situation has caused our community members and Catholic partners,” LMU’s statement asserted, according to Catholic News Agency. “The university remains firmly committed to its Catholic, Jesuit, and Marymount values. Moving forward, LMU is reexamining and revising its policies and practices regarding student-organized activities to ensure stronger alignment with our mission.”

Glaudini told Catholic News Agency that she hopes VITA will continue to witness the pro-life cause on campus. She plans to increase campus pro-life activism to include leading a group to attend the Los Angeles March for Life on January 22, as well as hosting more rosaries on campus to pray for an end to abortion.