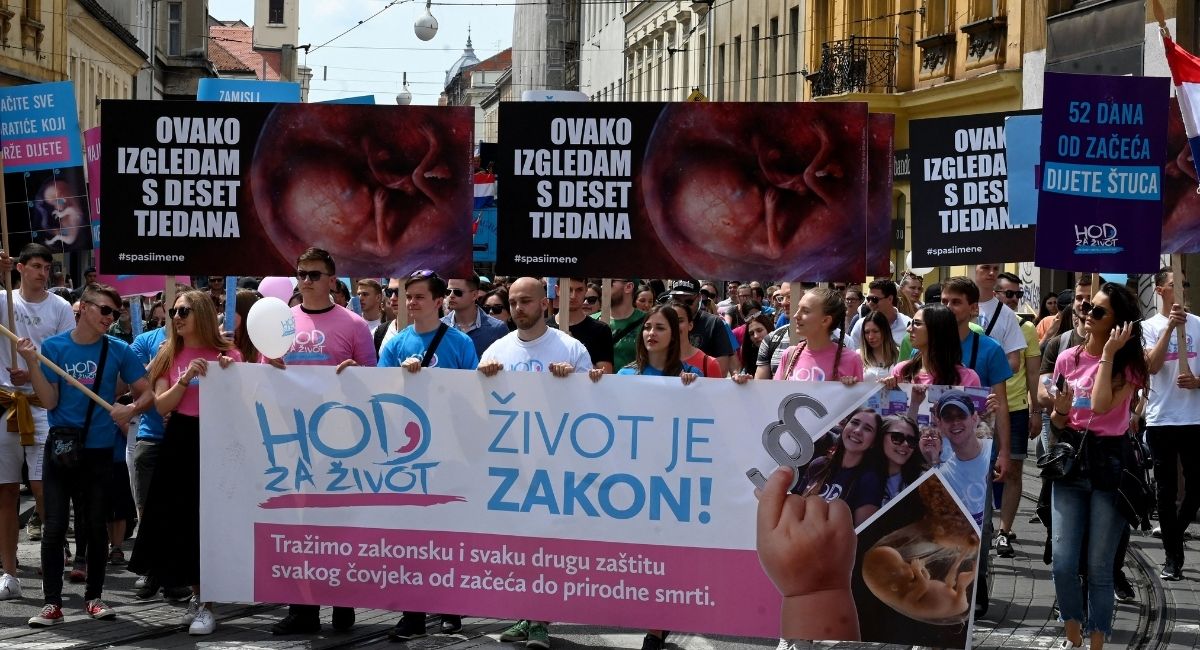 (Right to Life UK) — Thousands of people have attended a March for Life in Croatia’s capital, Zagreb, as pressure mounts on doctors to perform abortions against their conscience.

The March for Life on Saturday [March 14] was held amidst controversy over a woman seeking an abortion because her child is disabled.

The majority of Croatia’s gynaecologists refuse to perform abortions on conscience grounds.

According to Euronews, pro-abortion groups in the country are attempting to force doctors to perform abortions against their will. This was the particular focus of the March for Life in addition to the general pro-life sentiment.

One doctor at Saturday’s “Walk For Life” rally in the capital, Zagreb, said he refused to perform abortions as a matter of conscience.

According to the BBC, “[s]urveys suggest that more than half of Croatia’s gynaecologists have a similar stance”.

During the march, signs with slogans such as “Unborn children, Croatia’s most endangered minority” and “Unborn lives count too” could be seen among pro-lifers.

The right to conscientious objection

In the UK, as part of the Abortion Act 1967, medical professionals have the right to refuse to perform an abortion. There is controversy about how far this right extends though.

In a landmark case, two midwives took their employer to Court after a dispute arose about the extension of the midwives’ conscientious objection to abortion to participating in the managerial tasks associated with abortion.

READ: Croatia ‘only nation in the world’ to issue coin featuring preborn child

In her judgement, Lady Justice Hale asserted that “to participate in”, as stipulated in the Abortion Act (1967), had both a narrow and a broad interpretation. She argued that the narrow interpretation was more consistent with the intention of the authors of the Act and that this should be the manner in which it is understood. It was ruled that the managerial and administrative tasks required of a Labour Ward coordinator were not covered by the conscientious objection clause.

Right To Life UK spokesperson, Catherine Robinson, said: “It is a grave corruption of medicine that any doctor is performing an abortion in the first place. The purpose of medicine is to heal the patient and/or palliate their symptoms as far as possible.

“Abortion is not medicine and no doctor should be penalised for refusing to perform one”.