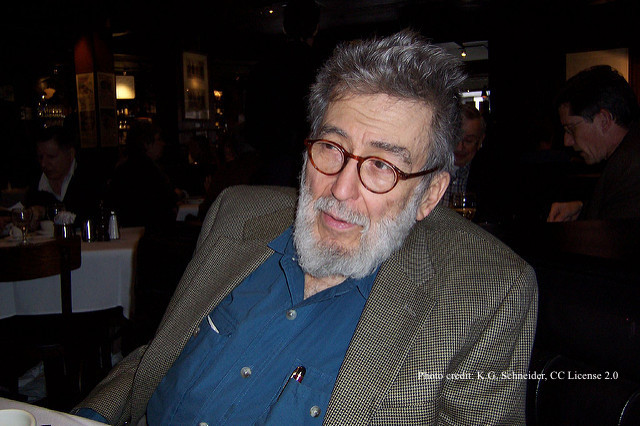 Just a few short weeks ago, Live Action News’ Nancy Flanders reported on the tragic passing of pro-life atheist Rob Sherman, who died in a December plane crash. At a time in which society insists on separating people into rigid categories based on certain beliefs, including inaccurately stereotyping pro-lifers as ultra-fundamentalist Christians by default, Sherman’s death was a huge loss for pro-lifers of all faiths — or no faith at all.

Over the weekend, the pro-life community took another hit with the passing of Nat Hentoff. Best known as a writer and defender of First Amendment rights, Hentoff was also a music critic, an atheist, a left-wing libertarian, and a staunch pro-lifer. Hentoff, who defied stereotypes, passed away on Saturday at his Manhattan home, surrounded by his family and listening to music.

As a self-identified liberal, Hentoff was shunned by many former allies upon revealing his pro-life views. Never one to shy away from a good fight, Hentoff fired back at what he considered to be leftist hypocrisy throughout his life. In a 1992 article, Hentoff explained:

Pro-choicers clearly are only interested in their version of the choice in this matter. But why are the liberals among them so immovably illiberal only when it comes to abortion?…Once an abortion is wanted, the fetus, as one woman told me, is–to some women–[“the enemy within.”] In the fight not to be enslaved, liberalism is an abstraction.

In addition to generally criticizing liberal hypocrisy on abortion, Hentoff also did so by name, calling out liberal politicians who abandoned their pro-life values.

Liberal/left politicians who remain true to their philosophy and oppose abortion are virtually impossible to find. Like [Jesse] Jackson, most simply cave in to abortion rights pressure, fearing that no matter how left-leaning they are on other issues, if they come out against abortion they will be branded as right-wing fanatics.

Despite his frustration with his fellow liberals, Hentoff seemed to think people would be able to see through the ethically problematic logic of the pro-abortion camp — especially if continually presented with it in full form. “Most people will begin to understand the lethal logic of the abortionists,” said Hentoff, “…if this logic is presented lucidly, persistently and on the basis of the indivisibility of all life. All life.”

In addition to his “unorthodox” views on abortion, Hentoff was also a controversial figure in the fight for free speech rights. Hentoff maintained that individuals should be allowed every right to speak their opinions, even if offensive, and at times spoke out against others, including his allies, for attempting to censor opponents. The New York Times reports…

While his sympathies were usually libertarian, he often infuriated leftist friends with his opposition to abortion, his attacks on political correctness and his criticisms of gay groups, feminists, blacks and others he accused of trying to censor opponents. He relished the role of provocateur, defending the right of people to say and write whatever they wanted…

Some pro-lifers may take issue with some of Hentoff’s views, but as a champion of free speech, open discussion, and diverse views, he’d likely welcome that disagreement if he were still with us. A unique voice, to say the least, Hentoff will be missed by pro-lifers, as well as many others. Following his death, individuals of various political viewpoints celebrated his life, including actress Patricia Heaton and Jesse Jackson.