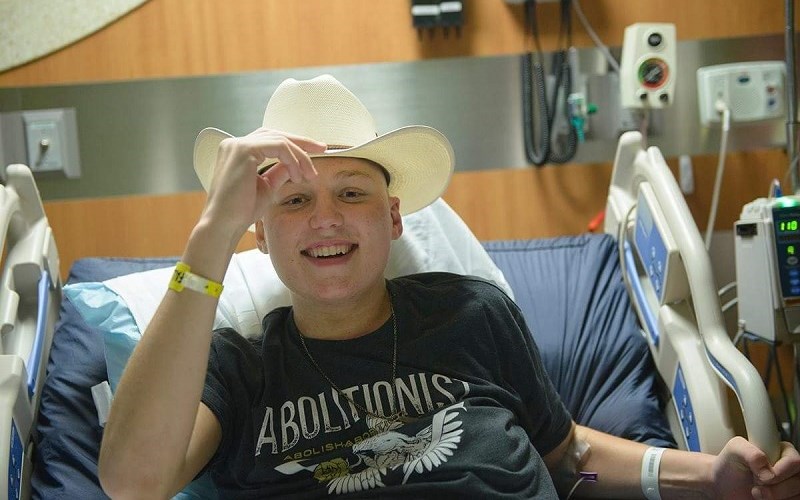 Jeremiah Thomas is 16, pro-life, and is currently battling cancer. And he is receiving scores of hate messages after he dared to call for the abolition of abortion in Texas as his final wish. Shortly after Live Action News featured Jeremiah’s story, including a video of his phone call to Texas Governor Greg Abbott, he began receiving hate messages from abortion supporters.

Jeremiah told Live Action News, “My wish was to meet with Gov. Gregg Abbott and discuss abolition…. I was just trying to talk to a person in power to persuade him. 60 million babies have been murdered. One-third of my generation…. All I wanted was for abortion to be abolished and preborn babies to be given the same rights all humans deserve.”

But then the hate began. And it is ugly.

Jeremiah’s parents, Rusty and Kendra Thomas, are pro-life activists, and they are accustomed to receiving a certain amount of vitriol. But, as parents of a sick teen, the fact that this hate is directed at Jeremiah has been particularly upsetting. 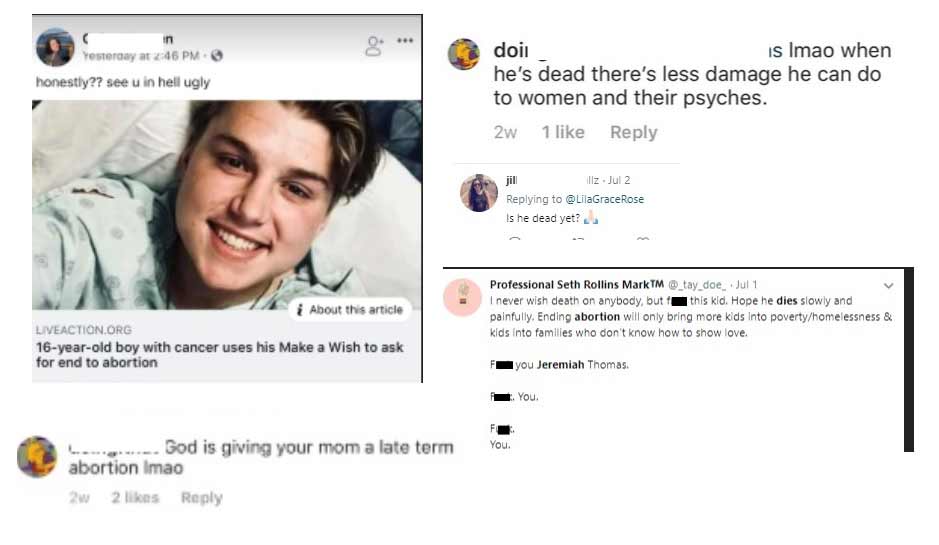 Kendra continued, “A meme of someone ‘pulling the plug’ on Jeremiah. A cartoon of him dying in bed. Accusations that he wanted ‘children to be abused and women to die,’ ‘international genocide’ and ‘the legal right to rape everyone.’ Threats of bodily harm.”

Abortion supporters bully teen with cancer because he is pro-life

Jeremiah told Live Action News, “Its kind of sickening. I pray for them…What has happened to people to make them think like that?”

“I get more offended when they talk about my family. Most of them were personally towards me, some were towards my parents… that I was brainwashed as a kid,” he added. “No matter how far of a pit you are in, God still died on the cross for them and He still loves them.” 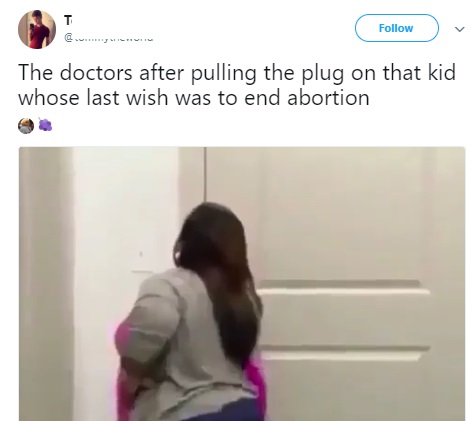 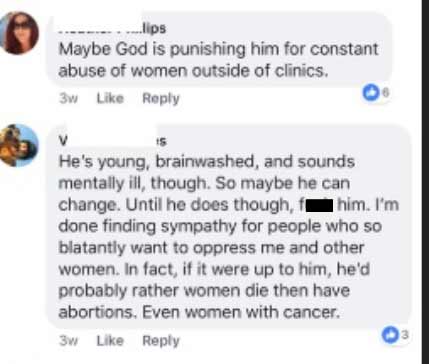 Most, but not all, of the comments have been hate-filled.

A rare comment of kindness came from the pro-abortion side, which read, “don’t agree with his view on abortion but i pray for his recovery. he deserves to live healthy.”

Jeremiah’s dad called this another opportunity to show the world what Christianity looks like. “We have this opportunity to bless those who curse us…. I want you to know Jeremiah’s spirits are doing well…. He is responding as a godly young man. We couldn’t be prouder of him.” 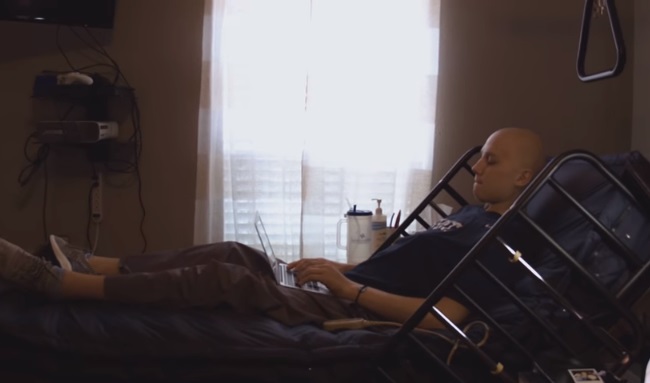 Jeremiah has a solid conviction about abortion and its impact on his generation. He wrote a letter to his generation, which reads in part:

We have been handed a bill of goods that has completely destroyed us. In our nation, we have chosen death and received the curse…. How bad does it have to get in order for our generation to wake up and realize that we are a long way from home?

My call to you today is to come back to the Father. Leave behind the darkness, deception and despair…. It’s time to wake up and stand against the evil in our day. There’s a battle to fight and souls to save….

“After Jeremiah announced his wish was to abolish abortion, abortion supporters were quick to wish for his death,” his mother said. “After his letter to his generation decrying a culture of death, his generation clamored for his immediate death.” 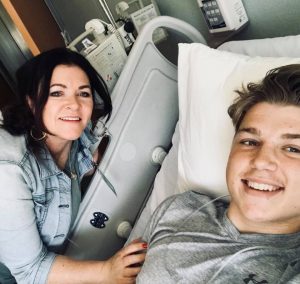 But, Kendra says, “Jesus has given him a special grace to forgive. He tells his siblings, ‘Just forgive. We can’t return evil for evil.'”

Jeremiah told Live Action News that “the most awesome thing for me to see is the response from young people,” to his call. “I get hit up from kids from all states saying they are going out to the abortion clinics, acting like a Christian and loving their neighbors…. I’ve been texting a lot of kids on social media… it’s super awesome.” 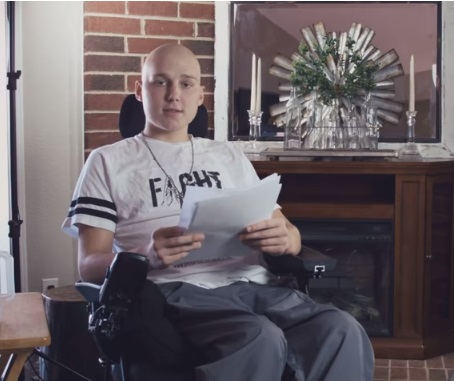 “I could never describe how thankful I am for the prayers and fundraisers to pay for my medial bills,” Jeremiah pointed out. “All over the world, people tell me… how their lives were changed.”