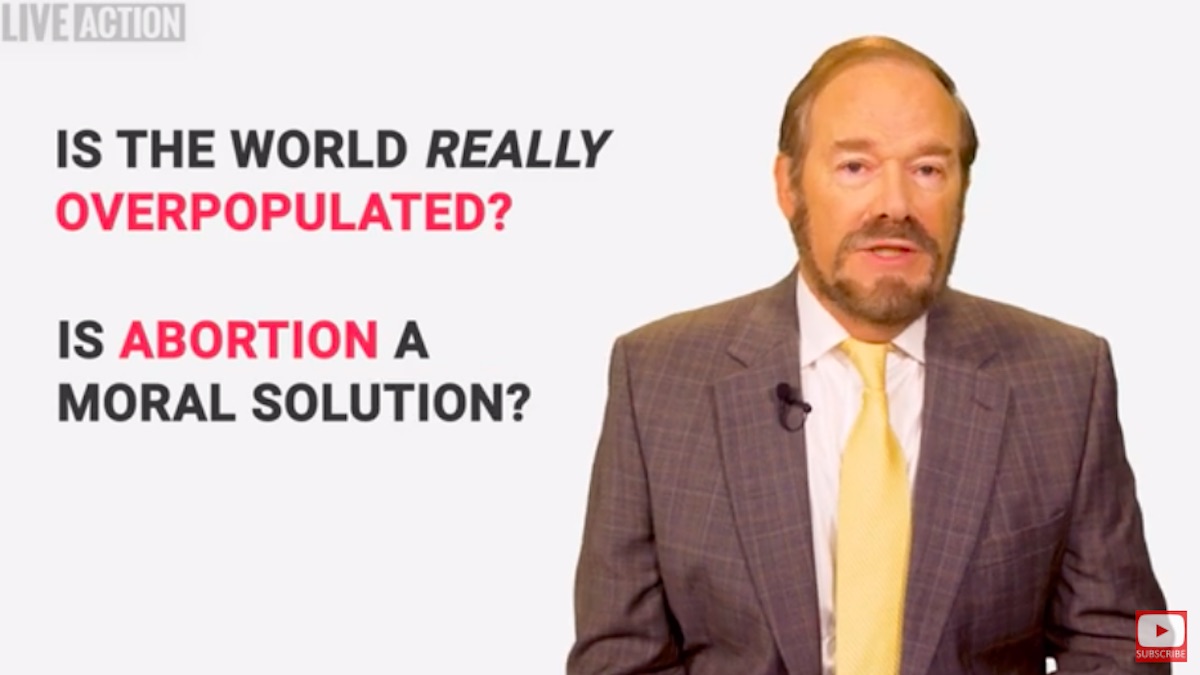 The latest video in Live Action’s “Pro-Life Replies” series was released today in response to the claim, “Abortion will stop overpopulation.” Very recently, the news media has been sounding the alarm about our world’s population crisis — but not in the way you might expect. Recent headlines have noted that the current population crisis is not one of having too many people, but too few. Countries are not achieving replacement level to support their aging populations or maintain their workforces, and this could lead to dire consequences and severe economic instability.

Despite this, many abortion advocates hold to the idea that the world is suffering not from a demographic winter, but from overpopulation — and they claim abortion is necessary to avert a crisis. But, as the video below asks, “Even if it were true, would aborting large numbers of people be a moral way to respond?” Steven Mosher of the Population Research Institute addresses this argument in the video below:

According to the website for the Population Research Institute, Steven Mosher was invited to China by the Chinese government as a social scientist in 1979, “where he had access to government documents and actually witnessed women being forced to have abortions under the new ‘one-child policy.'” At that time, Mosher was pro-choice but became pro-life after witnessing these abortions.

WATCH: ‘Personally pro-life’? This new video may cause you to rethink that.

Mass slaughter should never be a solution to overpopulation 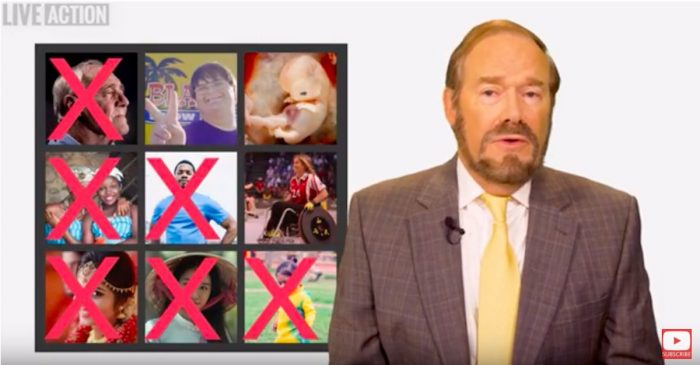 Mosher notes, “It goes without saying that mass slaughter is a crime against humanity, and should never ever be proposed as the solution to any human problem. Overpopulation or no, would you support the annihilation of any segment of humanity — the elderly, for example, or the very young — or women, or men, or people of a certain race or culture? Of course not…. And yet, there are those who not only support the mass slaughter of the preborn, but are actually engaged in carrying it out. All in the name of combatting something called “overpopulation.”

Mosher mentions China, India, and Indonesia, and the horror of forced abortions and sex-selective abortions, all done under the banner of preventing overpopulation.

We have enough resources to feed billions 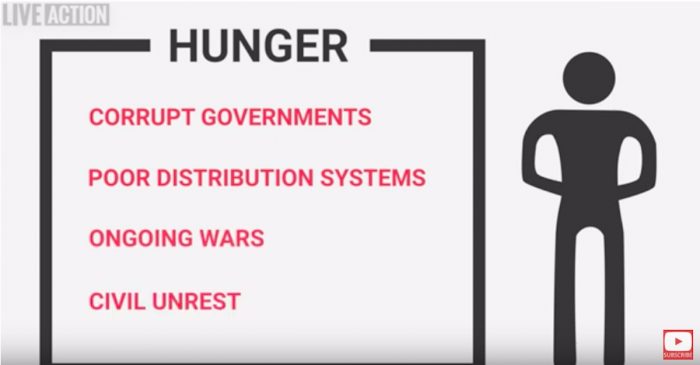 Mosher points out that global resources for feeding people aren’t lacking — but getting that food to those people is the issue — something that abortion definitely won’t solve. Mosher says:

There are currently 7 ½ billion people on the planet, but we could easily feed, with current agricultural technology, twice that number.  Since the “Green Revolution” of the 1970s, we are producing more food on less land, and humanity is eating better than ever before. Are there still hungry people? Of course.  But this is not because there is a global shortage of food but because of corrupt governments, poor distribution systems, and ongoing wars and civil unrest.

It’s underpopulation that is the real danger 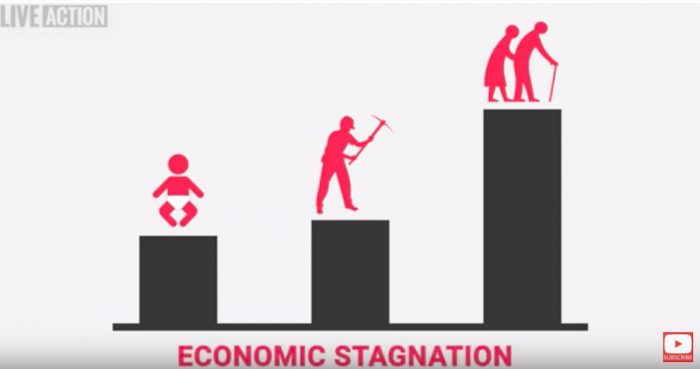 Mosher states, ” … [T]he evidence indicates that the world isn’t in danger from overpopulation; it’s in danger from underpopulation. Around the world, birth rates have fallen, work forces are shrinking, while the numbers of elderly are dramatically increasing… As David Brooks has written in the New York Times, ‘For decades, people took dynamism and economic growth for granted and saw population growth as a problem. Now we’ve gone to the other extreme, and it’s clear that young people are the scarce resource. In the 21st century, the U.S. could be the slowly aging leader of a rapidly aging world.'”

Mosher adds, “Dozens of countries now have shrinking populations, and nearly have adopted policies that encourage people to date, get married, and have children.” While many of the younger generation forego having children due to apparently concerns over population growth and climate change, Mosher says the truth is that children are the most important resource any country can have. The world does not need fewer children.