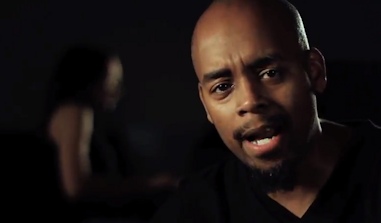 Late-term abortions have been a focal point of the media lately, highlighted by the recent banning of abortions after 20 weeks in Texas. Amid all the controversy over aborting viable unborn babies or allowing them the right to life is the hope that should be offered to expectant parents who are considering abortion in the second and third trimesters. Christcentric, a rap group created in 1998 to bring the gospel to those who have a love of hip-hop culture, and to those who didn’t necessarily grow up with the church, created a song and video to inspire that hope in such parents.

“Fight For the Children is a song centered primarily around the subject of late-term abortion,” explains founding group member Evangel (Chege Njoroge). “Initially we were asked to do a song about this heinous act because of LeRoy Carhart moving into our neck of the woods (Germantown, MD) to expand his practice.”

The group’s pastor, Charlie Baile, invited Christcentric to create a song for one of the services during the Summer of Mercy 2.0, which was a week of peaceful, prayerful focus on late-term abortionist Carhart. Carhart began performing late-term abortions in Maryland because of what Evangel refers to as “loopholes [in Maryland laws] that allow a mother to abort up to the day of birth, as long as she can get a doctor to sign off that the baby’s life or the mother’s life or health is in jeopardy[, including] emotional health, mental health of the mother, i.e.: can’t afford it, don’t want it.” Evangel says that most of the mothers who go to Carhart for late-term abortions have healthy babies, and their own health is not suffering.

The video for “Fight for the Children” depicts a young couple struggling financially. They do an internet search for abortion while Christcentric raps:

This is death’s delivery, transporter. Planned torture, if caught on a camcorder, all would see it’s manslaughter. […] They say the smartest act is to induce a heart attack. You should cringe. They put a syringe inside is the advice. ‘Cause if it’s delivered alive, it has rights.

Also featured in the video is a group of children singing the chorus, “We fight for the rights of the children. It’s a life, their plight is to kill them.” The presence of the children, singing in a cemetery to save their own peers, is chilling. Each of them is missing classmates, peers, and friends, lost to abortion.

As the couple in the video visits a pregnancy services center, the mother holds a model of an unborn child and weeps. Ultimately, the couple decide to let their baby live as Christcentric raps:

An unwed teenage girl was pregnant, but her fiancé wasn’t the baby’s father. He could’ve seized this right and aborted that fetus’ life, but he would’ve slaughtered the Lord Jesus Christ.

Christcentric not only opens listeners’ eyes to the horrors of late-term abortion, but sheds light on the fact that not only was the life of Jesus one Whose existence is today an argument for abortion, because His mother’s fiancé wasn’t the father, but that Mary was giving birth to and raising a child for Whom much suffering and an early death was destined – another main argument for late term abortion.

Parents themselves, Evangel says Christcentric’s stance on abortion is that it is not supported by scripture and that they all believe strongly in the right to life. In regards to rape and incest, Evangel says that one sin should not justify another.

The group urges pro-lifers to get involved. Evangel explains:

To end abortion in this country, I think would take a massive effort in educating the people as to what actually occurs in an abortion. People are grossly misinformed and treat it like it is just another decision they are faced with, rather than murdering a life. [Ending abortion] can be done through the education of our youth in the school systems. They will be faced with these issues as they grow in life, so what better way to prepare them than to teach about it?

He also advises us all to pray for an end to abortion and to be available, in a peaceful and loving manner, to help someone who is considering abortion.