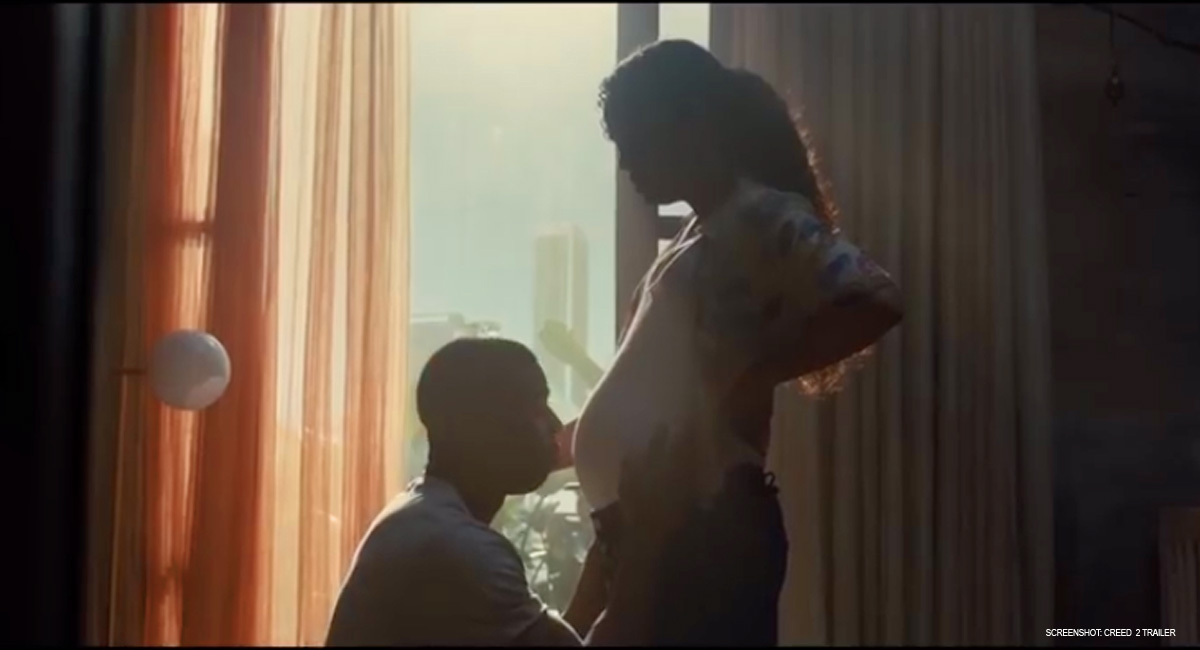 Creed II just hit store shelves in its DVD release on March 5th. As the eighth film in the Rocky saga and the sequel to Adonis Creed’s debut, Creed II delivers the anticipated showdown between restless boxing heirs Adonis (Michael B. Jordan) and Viktor Drago (Florian Munteanu) as they commit to avenging their fathers’ losses. Within the merge of glossy 21st century cinema and blood-and-grit sports drama, Creed II also brings life-affirming themes that are both tender and tough.

“The second you say that Ivan Drago has a son around the same age as Adonis, you instantly see how the two of them could be kind of kindred spirits,” Creed II co-writer Juel Taylor explains in an interview with Lunacy Productions.

“They both have parental issues, abandonment issues. And once you triangulate that, Drago and Adonis both have the same wound. They’re both dealing with feelings of inadequacy, feelings of abandonment. They could have very easily been friends had they met at a bar to commiserate over their given circumstances.”

Viewers who watched Creed will remember that Adonis is the illegitimate son of heavyweight world champion Apollo Creed. Born after his father’s untimely death, Adonis was adopted by Creed’s gracious widow, Mary Anne (Phylicia Rashad) after his biological mother died.

Now, Adonis faces the opportunity to heal generational fractures. In a clumsy but sincere moment (inspired somewhat by director Steven Caple Jr.’s personal experience), he proposes marriage to his girlfriend Bianca (Tessa Thompson), the gifted singer whose career has its own battles with her progressive hearing loss.

READ: My unplanned pregnancy saved me and made me who I am today

Sooner than they anticipate or realize it, the young couple is expecting a child. Bianca, who has just made big plans to take her music to the next level, is apprehensive about the pregnancy at first because of its unplanned timing. “I don’t know if we’re ready,” she admits. Rather than panic, Adonis rises to the occasion of fatherhood with a solution: “Let’s get ready.”

The scene brings to mind the harrowing reality for mothers and babies who lack that support while under the weight of such doubts. When the Guttmacher Institute inquired as to women’s primary reasons for choosing abortion, researchers found that nearly one third of women surveyed chose to abort because they believed they “were not ready to have a child.” Furthermore, 38 percent of abortive mothers specifically worried that “having a baby would interfere with their job or career.”

Bianca embraces motherhood, yet as Adonis babbles to her growing belly, she voices her lingering anxiety that the baby might inherit her deafness.

It’s a reminder that fear of disability is another sad factor in some parents’ and doctors’ rationale for ending a baby’s life before birth, as can be witnessed in the calloused way babies with Down syndrome are regarded in some countries. It’s a fear aided and abetted by the hubris of conflating quality of life with the right of life, and by having such an arbitrary standard for both.

In an interview with BET, actress Tessa Thompson shares that she learned a lot about life with deafness from her 19-year-old brother who has “had hearing loss his whole life,” and from actress Lauren Ridloff, who was born deaf. “The truth is there are tons of people who don’t hear anything or do experience hearing loss and they do live rich awesome lives,” says Thompson. “I think it’s important particularly in media to reflect that, it doesn’t have to be a pained experience.”

When Adonis and Bianca’s daughter Amara Creed is born, the medical tests appear to confirm Bianca’s fears. Adonis rejects this, holding out hope that the newborn hearing test was inaccurate. Rocky (Sylvester Stallone) challenges him to consider what he’s really running from by simply asking, “What if it ain’t OK?”

It’s the question that no one really wants to ask. Even among the pro-life crowd, it’s easier to focus on healthy outcomes and doctors’ mistaken predictions than to lock horns with the mindset that any physiological trait diverging from normal is some sort of failure.

Adonis does not even want to consider the possibility that his child may have difficulty hearing, as if he can evade it by sheer will power. Rocky presses past the young father’s optimism to bring him to grips with how he will handle raising a child who is diagnosed with a handicap.

“You gonna love her?”

Adonis is taken aback that his storied mentor would ask such a question.

Then in that plainspoken wisdom that makes Rocky so endearing, he gestures towards the baby, “Good. Because she’s not feeling sorry for herself, and you shouldn’t either.”

It’s a subplot in the film, but it holds the picture together with the observation that the pure and innocent will to live defies expectations – the weak things of the world shame the strong, as Apostle Paul penned it – and while we might not be ready for a struggle, we can always choose to get ready.