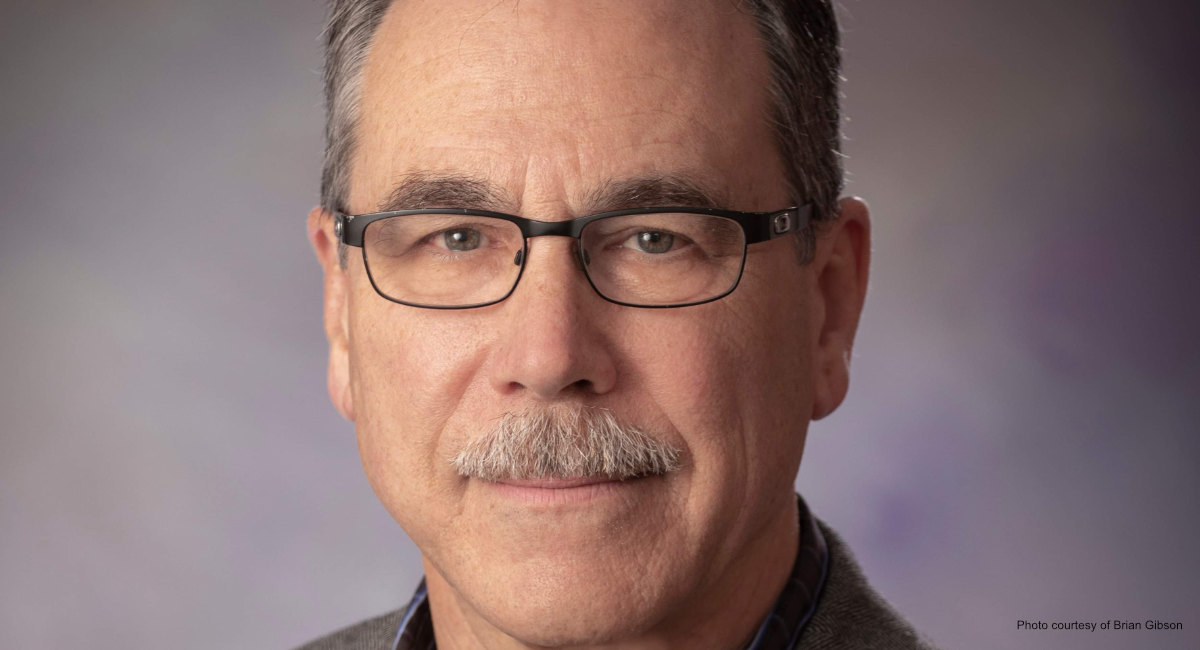 Brian Gibson’s destiny as a pro-life advocate was set into motion at an early age. Growing up with eight siblings – one sister and seven brothers — Gibson learned at a young age from his parents that every life had inherent value. They demonstrated their pro-life principles by how loving and patient they were with Brian’s younger brother, who had a disability.

Brian told Live Action News, “My parents exemplified to my siblings and me what it means to be pro-life. They taught us that every child is a blessing from God. My brother may have been handicapped, but I couldn’t have imagined life without him. He was deeply loved.” Little did Brian know that one day he would take a stand — literally — for his brother, and in doing so, would commit his life to pro-life activism.

He recalls that during his sophomore year of high school, his Current Events teacher spoke with great affection for Communist China. When discussing the topic of abortion, as Roe v. Wade was being debated before the Supreme Court at the time, she requested all the students stand, and then peppered them with questions about their views on abortion. The questions began with her asking if abortion access should be restricted, to the final question of whether or not abortion should be banned. One by one, the students sat down, until Brian was the lone individual still standing, who believed abortion should be banned.

“It was shocking to be the only one taking a stance against abortion, because most of the students in my class were parishioners at my church,” Brian said. “I think what bothered me was the discussion beforehand of aborting babies who were ‘mentally retarded.’ I thought of my brother and knew his life had worth. That was the turning point for me in cementing my pro-life convictions.”

Brian’s passion for pro-life advocacy eventually led him to pursue a career with Pro-Life Action Ministries, where he currently serves as Executive Director. In 1981, they were the first organization in the nation to lead prayer support rallies at abortion facilities.

The journey to adoption

Coming from a large family, Gibson and his wife, Julie, were looking forward to starting a family of their own, but issues with infertility led them to consider adoption. As if in answer to prayer, late one afternoon, a sidewalk counselor intervened to help a young woman scheduled for an abortion the following morning, suggesting she instead consider placing her baby for adoption. The counselor offered to connect Gibson and his wife with the young woman.

“We were delighted to learn this young woman had given her life to Christ and decided to choose life for her baby,” Gibson said. “Like most couples who have gone through the adoption process, we had several adoptions fall through, so we were grateful she selected us to parent her child.”

Both the birth mother and the Gibsons decided to work with an agency to finalize the adoption. Julie was in the delivery room when the baby girl was born, and the Gibsons were permitted to take the newborn home from the hospital. During their daughter’s childhood, the birth mother communicated with her sole through letters and photos, which the agency forwarded to the Gibsons.

READ: 9 amazing women who have built and shaped the pro-life movement

Two years after their daughter was born, a Pro-Life Action Ministries staff member who volunteered at the Robinsdale Women’s Center met a woman who went there for counseling. At first, it seemed the woman had mistakenly thought she had gone to another nearby facility that offered abortion services, but God apparently had another plan for this woman’s baby. She, too, eventually agreed to place her baby for adoption and the volunteer encouraged her to meet with the Gibsons.

“We found out that she initially didn’t like our adoption profile,” Gibson recalled. “But she changed her mind when she observed the interactions we had with our daughter while meeting with her. In the end, she approved us for adoption placement, and we were thrilled.” The birth mom chose to have no contact afterward with the Gibsons’ son.

Their daughter’s biological mother, however, arranged to meet her when she married. “We learned she had all the letters and photos the agency had forwarded to her from our daughter,” he said. “We had always been open to our children about the adoptions and now, our daughter had the whole story, the missing pieces, of her background.”

Today, the Gibsons enjoy close, loving bonds with their children. They remember well the struggles of trying to conceive naturally and of failed adoptions during the years they ached for a family. But, in the end, all the pain and difficulties were wiped away with the addition of their two children.

“Our children have brought us unimaginable joy,” Gibson said. “Their mothers committed the most loving and courageous act by handing their babies to us to be their parents.”

A pro-life spiritual cleansing in Minnesota

These days, Gibson keeps a demanding schedule at Pro-life Action Ministries. He seeks to combat liberal abortion laws in Minnesota, a state he dubs “the seat of Roe v. Wade.” Indeed, Minnesota Judge Warren E. Berger was one of seven judges on the United States Supreme Court in 1973 who signed on to Roe v. Wade, which legalized abortion on demand nationwide. Coincidentally, Berger’s close childhood friend, Justice Harry Blackmun, authored the majority opinion on the case.

“Berger and Blackmun grew up together in St. Paul. They were dubbed ‘the Minnesota Twins,'” Gibson said. “Not surprisingly, they conspired to pass an abortion law. The state of Minnesota is directly tied to Roe because it spawned two prominent figures that helped pass it into law. I feel that Minnesota needs a spiritual cleansing. I am committed to doing what I can to tackle the abortion laws here.”