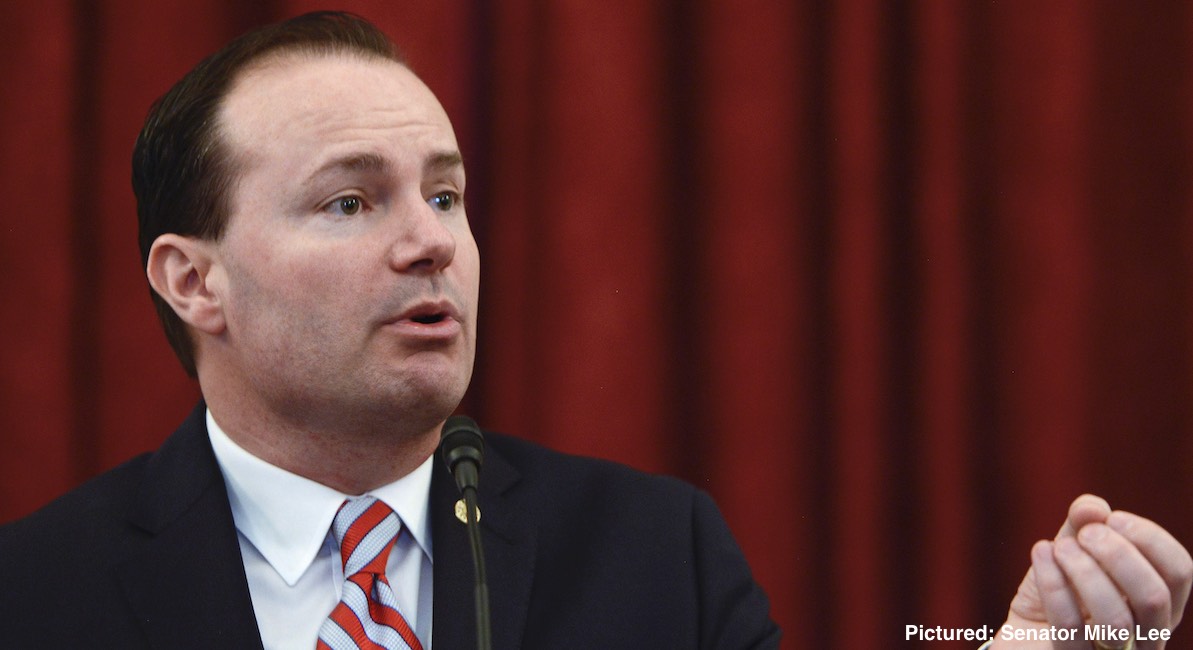 Senator Mike Lee (R-Utah) recently introduced three pieces of pro-life legislation in an effort to curtail the Biden Administration’s efforts to push for taxpayer-funded abortions: the Abortion is not Health Care Act, the Protecting Life in Health Savings Accounts Act, and the Protecting Life in Foreign Assistance Act.

“Each human life, born and unborn, has immeasurable dignity and worth,” said Sen. Lee. “The lives of both an unborn baby and her mother matter; and healthcare should heal, protect, and preserve both their lives. Our laws and use of taxpayer money should reflect that truth, which is why I have introduced these bills.”

Right now, according to its own annual report, America’s abortion giant Planned Parenthood receives over half a billion taxpayer dollars annually, while destroying the lives of 947 children each day under the guise of “health care.” Sen. Lee’s bills seek to dismantle the euphemisms used by the abortion industry to downplay the violence of abortion, and to strip the profitable and predatory abortion industry of millions of undeserved taxpayer dollars.

The Abortion is not Health Care Act would first and foremost affirm in federal law that directly and intentionally killing innocent children in their mothers’ wombs is not health care. Additionally, the bill would end tax-deductible and subsidized abortions by amending Section 213 of U.S. tax code to forbid elective abortions from being eligible for a medical expense deduction.

The Protecting Life in Health Savings Accounts Act would strip the multi-billion-dollar abortion industry of its preferential tax breaks in health savings accounts. Under the current tax code, multiple types of tax-break savings accounts allow for the coverage of abortion procedures as a “medical expense,” and this bill seeks to amend the code to explicitly prohibit special tax-advantage coverage for abortion.

Finally, the Protecting Life in Foreign Assistance Act aims to codify into federal law the Mexico City Policy, which was in effect under the Trump Administration but was removed by President Joe Biden in the first days of the his new administration, thus reinstating the use of American taxpayer dollars to fund abortions overseas. As Sen. Lee said in his speech discussing the bill, “The whole point of American foreign aid is to assist countries in times of need, and in support of a common interest between them and us. And yet, for many years our foreign aid dollars have been used to impose violent cultural imperialism… by promoting and providing for the practice of abortion.” He continued, “Instead of helping to preserve, strengthen, and sustain the lives of women and children abroad, our taxpayer dollars have been used to harm women’s lives, and to end the lives of their unborn children… especially, baby girls.”

If passed, these three pro-life initiatives will help affirm the dignity of all human beings by defining that abortion is not health care, stripping the abortion industry of taxpayer dollars, and halting the use of American money to kill innocent children abroad. “Women and unborn children everywhere have immeasurable dignity and worth, regardless of where they are from,” said Sen. Lee. “And they ought to be entitled to the right to life and protection from harm – regardless of who is in office.”