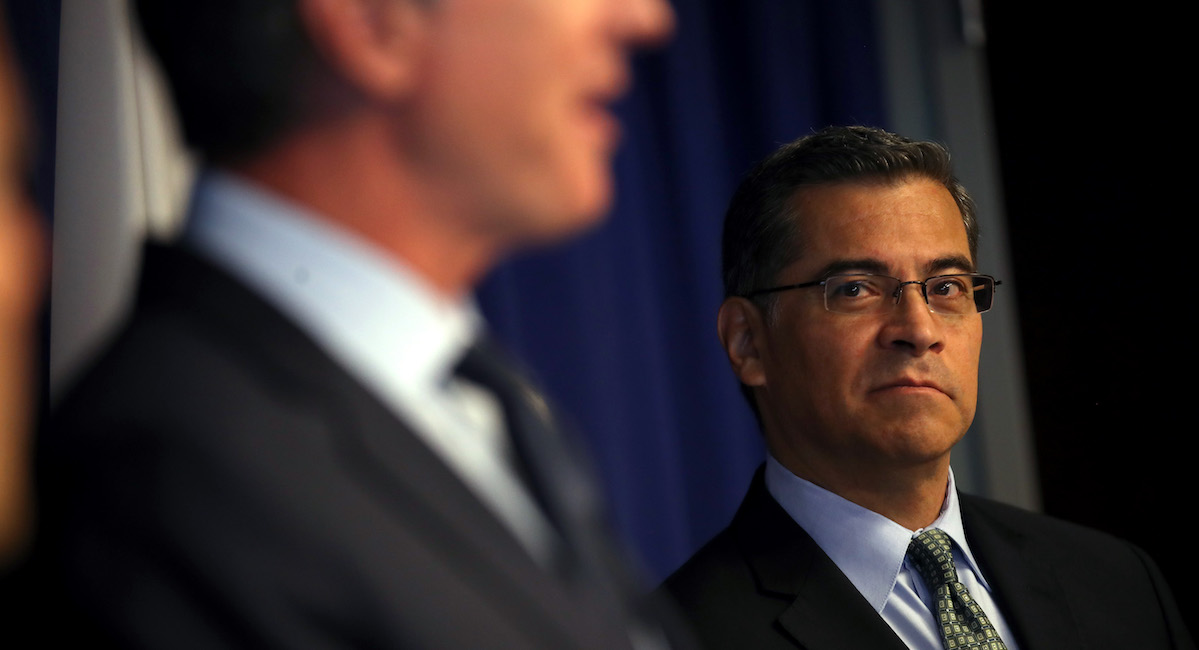 In December, shortly before his inauguration, Joe Biden announced his intent to nominate California Attorney General Xavier Becerra to serve as secretary for the Department of Health and Human Services (HHS), despite Becerra’s complete lack of health care experience. With hearings to confirm Becerra likely coming soon, a coalition of pro-life groups is asking Congress to block his nomination due to his long history of hostility towards the pro-life movement.

In a letter sent to Senators Patty Murray, Ron Wyden, Richard Burr, and Mike Crapo, chairs and ranking members of the Committee on Health, Education, Labor & Pensions, numerous pro-life groups pointed to Becerra’s troubling history in California. Among the signers are Live Action, the National Right to Life Committee, the National Institute of Family and Life Advocates (NIFLA), the Susan B. Anthony List (SBA), Students for Life Action, Americans United for Life, the American Association of Pro-Life Obstetricians and Gynecologists (AAPLOG), and more.

Nominating Becerra despite his radical record would prove that Biden’s message of unity and bipartisanship during the election was nothing more than a talking point.

“As Attorney General, Mr. Becerra went out of his way to attack pro-life policies and conscience protections. He led the charge against the Title X Protect Life Rule which, under the prior administration, successfully defunded Planned Parenthood of $60 million. Despite the Supreme Court already siding with the Little Sisters of the Poor in an earlier case, Mr. Becerra took the nuns and similar groups to court to force them to violate their consciences,” the letter points out, adding, “Notably, if confirmed Mr. Becerra would be responsible for overseeing the Title X program, establishing the federal preventive service mandates that infringed on the conscience rights of the Little Sisters of the Poor, and enforcing the Weldon Amendment.”

The pro-life groups note that Becerra abused his position in office to specifically target pro-life health centers and journalists:

Furthermore, he sought to intimidate and prosecute investigative journalists David Daleiden and Sandra Merritt after their reporting uncovered the unethical and likely illegal sale of aborted baby body parts by Planned Parenthood.

Mr. Becerra sought 15 felony charges for recording 14 videos against these journalists, a move that the Los Angeles Times Editorial Board called “a disturbing overreach.”

Recently, Becerra responded to the COVID-19 pandemic by exploiting the health emergency to seek the removal of federal restrictions on chemical abortion under the FDA Risk Evaluation and Mitigation Strategy (REMS) protocol, instead of focusing on legitimate health care. He has also used the pandemic as an excuse to seek federal funding for research using fetal tissue.

“While a member of Congress, he voted against pro-life priorities such as the Pain-Capable Unborn Child Protection Act, the Born-Alive Abortion Survivors Protection Act, and the No Taxpayer Funding for Abortion Act,” the letter points out. “Becerra even voted against commonsense legislation to prohibit partial birth abortion and the Unborn Victims of Violence Act which made it a crime to harm or kill an unborn child during the commission of a violent crime – 38 states including California currently have similar protections.”

The pro-life coalition agrees that Biden needs to assemble a cabinet, but has urged President Biden and the members of Congress to not choose someone with such a radical background on the issue of abortion. “Mr. Becerra has proven himself to be an enemy of the health of women and the unborn,” the letter concludes. “He cannot be entrusted with our national health programs and policies and is not qualified to serve as Secretary of Health and Human Services.”