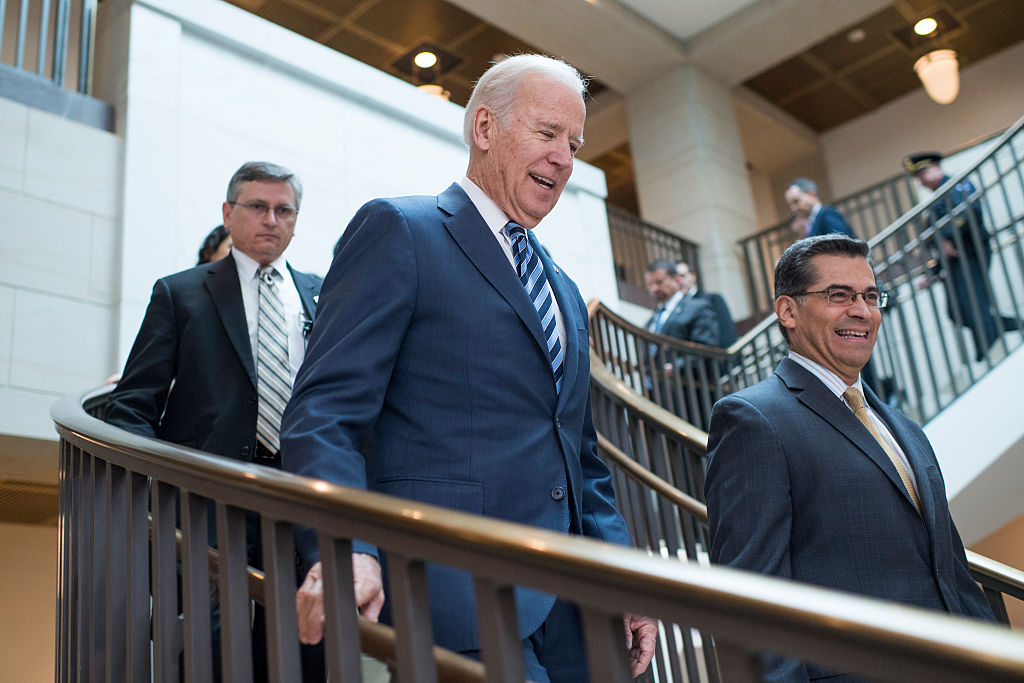 Presumed President-elect Joe Biden has nominated California Attorney General Xavier Becerra to serve as secretary for the Department of Health and Human Services (HHS). Becerra, who has no experience in health care, is known for his hostility towards pro-life activists.

The New York Times announced the surprise pick, as many expected him to be chosen in another capacity in the Biden administration. California Governor Gavin Newsom celebrated the news on Twitter, writing, “You’ve spent your entire career fighting for equality and justice. You’ve spent the last four defending the #ACA. Now, you‘ll help lead our nation toward quality, affordable healthcare for ALL — and continue to make CA proud!”

As California’s Attorney General, Becerra was preceded by Biden’s pick for vice president, Kamala Harris. Together, Becerra and Harris persecuted pro-lifers, with David Daleiden and Sandra Merritt as the most notable examples. As lead investigators for the Center for Medical Progress (CMP), Daleiden and Merritt exposed Planned Parenthood’s participation in the illegal trafficking of aborted baby body parts. Yet Harris not only refused to investigate, but specifically worked with Planned Parenthood in crafting a bill which would make recording undercover conversations with “health care providers” a crime. She also secretly met in person with Planned Parenthood executives just two weeks before Daleiden’s home was raided. E-mail exchanges between Harris and Planned Parenthood uncovered by the Thomas More Society showed that they had worked together to get a search warrant, allowing them to get CMP’s full, unedited videos.

When Becerra took office as attorney general, he followed Harris’ lead. Becerra refused to investigate Planned Parenthood, and instead, filed 15 charges against Daleiden and Merritt. But after a judge ruled in favor of Daleiden and Merritt, overturning 14 of the charges, Becerra quickly refiled more charges against them, claiming they violated a California law that prohibits recording confidential conversations without consent.

Undercover recordings are frequently used by journalists, including in California, and the charges against Daleiden and Merritt were so egregious and concerning that the U.S. Reporters Committee filed a friend of the court brief opposing their prosecution.

In addition, Becerra was the defendant in the case NIFLA v. Becerra, in which the state of California attempted to force pro-life pregnancy centers to promote abortion through government-mandated messaging in posted signage inside facilities and in any advertising. California’s Reproductive FACT Act was extreme in its singling out of pregnancy centers, and the Supreme Court voted 5-4 in favor of the pro-life plaintiffs. Kristi Burton Brown wrote for Live Action News in 2018 that the FACT Act:

… is indeed so strenuous and bold-faced that it would, in some cases, require nonprofit pregnancy resource centers to include a 29-word, state-mandated statement on a billboard that would otherwise simply say, “Choose Life.” And not only would the 29 government words be required, but they would also be required in the same font as the nonprofit’s chosen, paid-for message. Additionally, in some California counties, the 29 words would have to appear in 13 different languages.

Pro-life groups are speaking out against Becerra’s nomination.

“Far from ‘uniting’ the country, Biden has proven yet again he is an extremist on abortion,” Marjorie Dannenfelser, president of the Susan B. Anthony List, said in a statement. “Becerra is aggressively pro-abortion and a foe of free speech. As attorney general of California, he continued what his predecessor Kamala Harris started by persecuting citizen journalists who exposed Planned Parenthood’s role in baby parts trafficking. Not only that, he went all the way to the Supreme Court to try to force California’s pro-life pregnancy centers to advertise and refer for abortion – a policy the Court rejected as unconstitutional. In Congress, he even voted in favor of partial-birth abortion. This pick underscores the importance of winning in Georgia to prevent pro-abortion forces from taking control of the U.S. Senate. Republican senators must stand firm and stop this unacceptable nomination from going forward.”

… Americans deserve responsible public health policy set by leaders who value human life.  Becerra is a pro-abortion activist and friend of the abortion industry, with no medical background. As head of HHS, Becerra can harness the full power of federal public health toward the destruction of our most vulnerable lives. This is chilling. Such power and responsibility must not be entrusted to a man who ignores science and openly violates the civil rights of journalists, churches, and the preborn. The Senate should oppose this dangerous nominee, or his agenda will become public health policy nationwide.