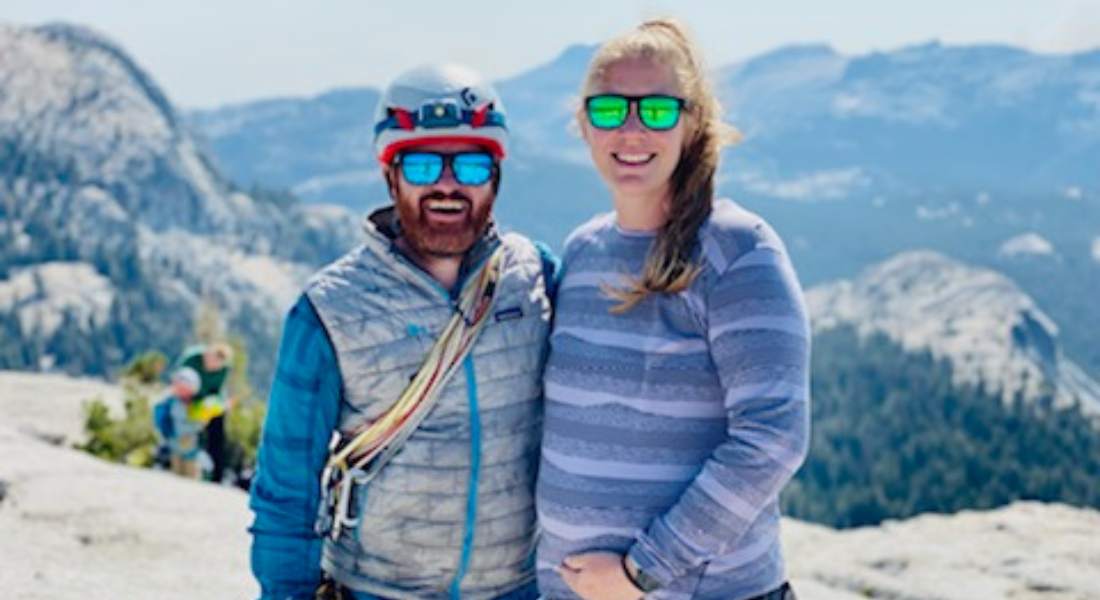 Joe Baker is the founder of Save the Storks, a pro-life mobile outreach organization. A pro-life activist all his life, Baker’s mother ran a pregnancy resource center, and even when he had two broken arms in the fourth grade, Baker was helping to raise funds for the center’s work. Today, because of Save the Storks, there are state-of-the-art mobile units offering help and compassion to women experiencing unplanned pregnancies all over the country. Baker and his wife, Ann, are parents to three children, and are also currently expecting their fourth child, who tragically is not expected to survive long past birth. Yet the family has found a way to celebrate their preborn daughter’s life, and reach out to others as well.

“We have a unique pregnancy, where basically… three months into our pregnancy, we found out we were having a girl, which we’ve always wanted — we have three boys at home,” Baker told Live Action News. “Then we found out our baby has a fatal defect, and will survive only up to birth.”

Ember, they learned, is not expected to live long after birth. “She has a 10% chance of surviving one week,” Baker explained. “She’ll likely survive a few hours, maybe a day, but not long.”

The family was repeatedly pressured to have an abortion, but refused, even as they had to work through their grief. “We kind of had to walk through a deep well to figure that out, and share that with our boys,” he said. “At the beginning of it, it felt like someone had died. It was really hard.” But the family’s love for adventure and traveling helped them get on the road towards acceptance and healing. 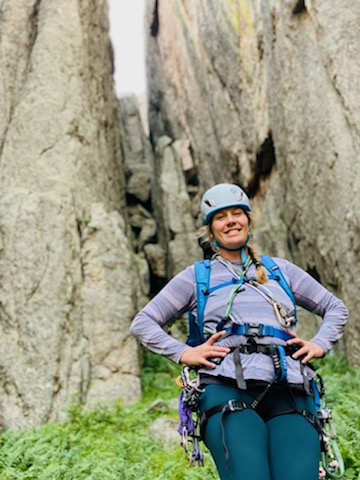 “Ann brought this map to me, and she said, ‘I want to take Ember to all of these places,'” Baker recalled. “And I’m like, ‘Ann, I don’t even think she’s going to be discharged from the hospital,’ and she’s like, ‘No, Joe. We’re going to all these places between now and November.'”

With that, what Baker calls “The Ember Tour” was born, and it brought their family closer together. “Through that process, of climbing mountains with my pregnant wife, and our little unborn baby, just talking about her and praying for her all the time, she’s really come alive in our family,” he said. “Now we don’t even want November to come, because it kind of signifies the time where we begin to lose her.”

So far, they’ve visited a number of places across the country, including Sylvan Lake in South Dakota, where the couple got married. They also visited Yosemite, Ann’s favorite national park, as well as Rocky Mountain National Park, Chicago, and many other mountains that had been placed on Ann’s bucket list for Ember. “Ann and I fell in love mountain climbing, and it was such a big part of our love story, and then our marriage,” Baker said.

From there, as they began to prepare for childbirth, they realized another way to celebrate Ember and her life. “We came up with this idea where we would make artwork for her delivery room, with our boys, to really keep them engaged. It’s kind of their way of welcoming their sister,” he said. “Then, Sam shared that with his class at school, and then the next thing you know, his class is making artwork for us. And then the school finds out about it, now the whole Christian school is making artwork for us.” 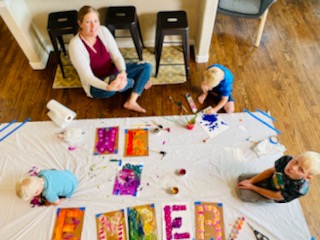 Once the story was shared on social media, the idea began to spread. “I was overwhelmed with messages. Not just comments, but unlimited messages, more than I could even deal with, from people who wanted to support us,” Baker said. “And we were just thinking of this kind of concept of the kind of impact that could have, and kind of show the world that Ember isn’t just ours. A lot of people are impacted by her life.”

The support and love for Ember is something that Baker realizes is missed every time parents give in to the pressure to abort a child with a diagnosis.

“The beautiful part of the story is, when you carry a child like this, the overwhelming support and encouragement,” he said. “I compare that to someone who would choose to abort one of these children — it becomes their secret. It’s like they miss out on all of the experiences of getting to know their daughter like the way we have, and they miss out on all of that unbelievable support that would come their way. And I think about that, and it helps me realize that I wish the world could see that. I’d like to represent what could be, and what we could do, if we saw it differently.”

Ember’s bucket list, and the artwork, has also helped their three boys grow closer to their sister — and it’s made an impact on everyone who has come across her story.

“Our three boys talk about her every day, all the time,” he said. “That’s just tremendous impact. They will forever know that they had a sister. And when you share this news with people, they are just sad with us. And they just love our little girl, too. It’s just kind of wild or understand it when we started, but it’s an amazing thing that’s happening. I’ve never gotten such responses from people, ever, for anything we’ve done. It’s extraordinary. But when we write about Ember, it captivates the world somehow.” 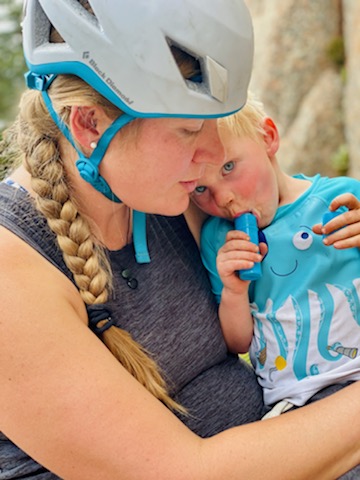 Though some might think a life so brief cannot have any meaningful experiences, Baker believes otherwise.

“I’m thinking about all of these experiences that this little girl has already had, that most people never get to have,” he explained. “And Ann climbs all of these mountains with the baby, and she’s still climbing even though she’s eight months pregnant. And I was thinking, what are the experiences she’s had? So I was listing them out, and I realized, te greatest human experience, the greatest human event and experience, I believe is conception. Conception is the moment you come into existence. And we got to share that with Ember.”

Baker also explained that part of what has helped them through this experience is their faith. “Originally, when you get this kind of diagnosis, you want hope that there’s going to be a solution. You scratch the earth for it, do whatever you have to do,” he said. “But really the hope comes in knowing that our little baby that we conceived is going to live forever, and that we get to see her again… we just don’t get to enjoy her for very long here. And it’s like, things I really wanted, it feels like she’s come to life through the process, and we found this great hope in our faith, that we’ll get to be with her again. As we share those things with other people, they’re really impacted by it, too.”

The name Ember has special meaning for the family. “We spend a lot of times around campfires as a family,” he said. “And it’s just such a beautiful thing to see these embers break away from a fire, and fade away.” But Baker added that a tiny ember can also have a profound and unexpected effect on the world. “… [A]n ember is also something that breaks away from a fire and can burn down a forest.”

In the meantime, as the Bakers await Ember’s arrival in November, they’re encouraging anyone who feels called to send artwork to celebrate her arrival and her life. “I think it would be such a testimony, to show that the world does care about this little unborn baby,” he said. “I think a simple way to do that would be to make us the most beautiful delivery room in history.”

Author’s Note: Artwork can be shared with the Baker family by mailing:

Editor’s Note: If your family has received a life-limiting diagnosis for a preborn child, visit Be Not Afraid to learn more about the support available.