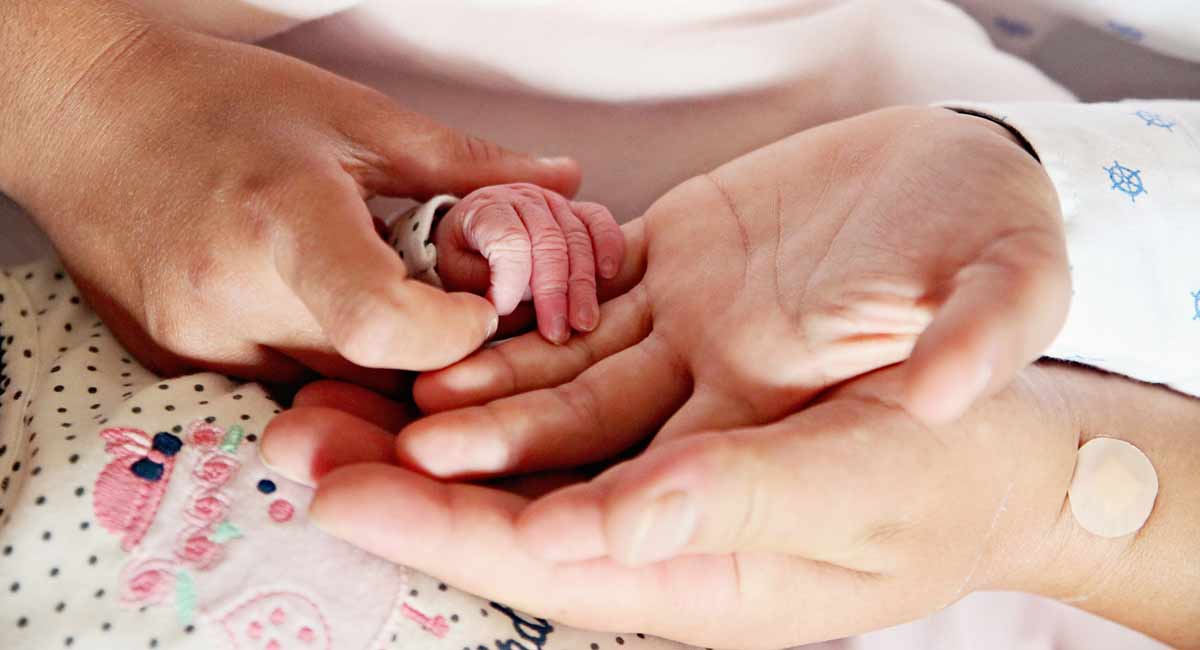 On a website meant to support parents of children with anencephaly, three mothers told their stories.

Monika Jaquier found out that her daughter Anouk had anencephaly when she was still in the womb. Given the option of abortion, Monika chose to carry to term. Anouk was born alive but died shortly after. Jaquier does not regret her choice:

I cry while leaving the hospital. I keep crying in the car and once at home… I spend the rest of the day in bed with a box of tissues. But in spite of this, I cannot stop thanking God. There is neither bitterness nor lamentation and I do not regret for one second the last months…. We gave all our love to Anouk and now we can let her go.

When Dawn and her husband found out their baby had anencephaly, they planned an abortion. The doctor attempted an induction abortion at 20 weeks, but was unable to induce Dawn. After several attempts, Dawn called off the abortion and decided to have her baby. She describes the time she spent with her child, Amanda:

I was pregnant with a baby moving, kicking… I could see the baby against my skin through my shirt, just moving all over the place. This was the hardest of all times but the most worthy. I knew this was the time I had to bond, not knowing if the baby would live long enough to be held.

Dawn was induced at full term. She writes:

It was only an hour later as I was in my room that they brought this beautiful baby girl to me and put her in my arms. She was the most amazing little person I could ever put my eyes on. I kissed her and cried. … I just loved her and held her…. Amanda is now a beautiful baby in heaven who I know is my angel forever.

READ: Mom of son with anencephaly: ‘I was attacked by a doctor’ for choosing to give birth

Kourtney and Jerry were also faced with an anencephaly diagnosis and the option to abort. They chose life. Kourtney says that as soon as they decided to have the baby she “felt such an indescribable sense of peace come over me immediately after we made the decision.”

The couple chose to treasure every moment they had with their baby, Olivia:

For the rest of the pregnancy, we cherished the time we had with our baby girl and tried to make the most memories possible. She was a very active baby and loved to kick all the time! Instead of being sad to feel her kick, I could not wait for her daddy to feel it too. His expression was priceless the first time he felt those little feet through my belly.

When Olivia was born:

At 10:00 am, she went to be with Jesus. Jerry broke down sobbing. I was heartbroken but at the same time, I had the same indescribable peace as before.

We had just spent all of our daughter’s life with her in our arms loving her and parenting her the only way we knew how.

None of these women regretted their choice to give birth. Instead of being left with guilt after an abortion, they felt peace, and  were thankful they had chosen to embrace their babies for as much time as they were given.