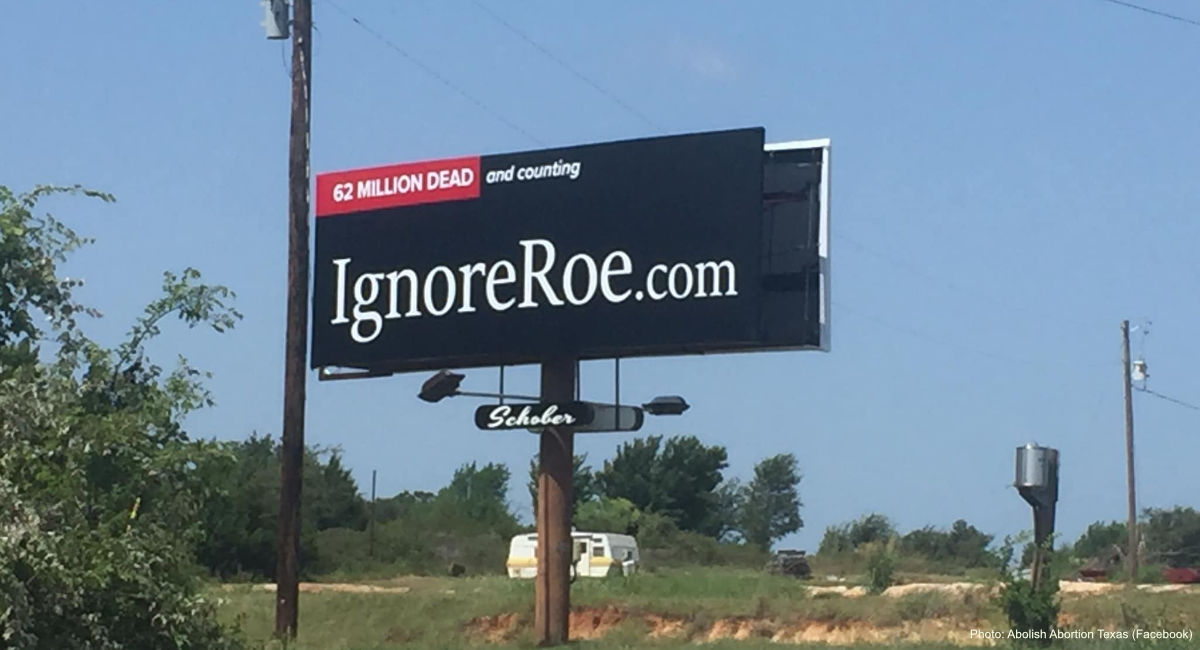 A pro-life billboard commissioned by the group Abolish Abortion Texas was removed after just one day because the landowner whose property held the sign received death threats.

The sign, located in Boyd, Texas, simply read “62 million dead and counting” and “IgnoreRoe.com.” The message contained no photos and was simply meant to encourage people to visit the website listed.

The aim of IgnoreRoe.com is to abolish abortion in Texas, regardless of what rulings the Supreme Court makes. The message on the website states:

Since the Supreme Court of the United States has ignored the God-given rights of unborn children since Roe vs. Wade was passed in 1973, we as the sovereign state of Texas have a moral duty to ignore the court and protect unborn Texans ourselves. This is accomplished by local and state officials passing resolutions and laws which ban the practice of abortion within their jurisdictions. It is time to repent of this child-sacrifice and stop regulating abortion as healthcare and abolish it as murder in Texas.

Visitors are urged to sign a petition on the webpage.

Jon Speed, evangelism pastor of First Baptist Church, made a short video message to comment on the billboard’s removal. In his message, Speed said that despite the billboard’s rural location, people started contacting the landowner with complaints and even death threats as soon as it went up.

“It is a sign of how intolerant Texas has become,” Speed said, according to The Daily Wire. “There are no graphic images on the billboard, not even a strong statement. It’s just a website that seeks to abolish abortion in Texas. The fact that this happened in rural Texas is not only surprising in a self-professed pro-life state, it indicates how weak that commitment is.”

Speed says he believes that despite Texas’s reputation as a conservative, pro-life foothold, the fact that the billboard had to be removed is telling of the true feelings of the hearts and minds of Texans.

This is not the only instance of a landowner receiving death threats because of a pro-life billboard on the property. Earlier this summer, a billboard in Canada was removed due to a similar situation.

Abolish Abortion Texas wrote a Facebook message to affirm that they are pursuing other options for displaying the sign. “The truth of abolition is hated by many. Treating abortion as murder and calling on our state leaders to ignore an unconstitutional court ruling is a hard but vital truth,” it said. “We are still pursuing other options to display this important message.”