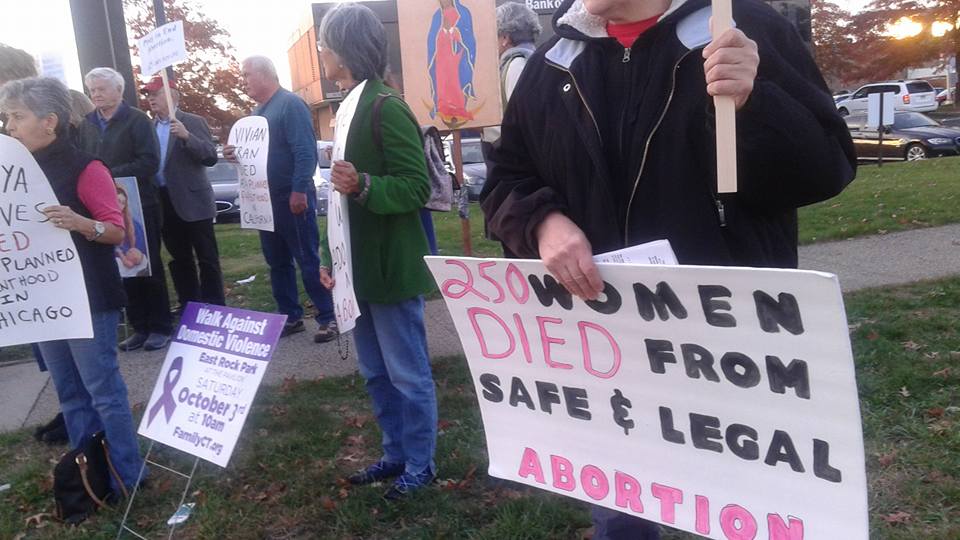 As Cecile Richards, CEO of Planned Parenthood, arrived at a Planned Parenthood of Southern New England’s fundraiser in New Haven, Connecticut last Thursday evening, she was met by a group of 70 pro-life activists praying the rosary and holding signs in support of the right to life.

The activists stood outside of Long Wharf Theatre, the location of the $1,000 a plate dinner to benefit Planned Parenthood, in an effort to draw attention to recent undercover videos that expose the organization for illegal practices including partial-birth abortion and the sale of fetal organs and tissue. There have now been 11 videos released, sparking a nationwide movement to defund the organization, which receives $500 million dollars in taxpayer money each year.

Richards has admitted that Planned Parenthood closed 2014 with a surplus (or profit) of $127 million. “Taxpayers in Connecticut are paying for abortions, contrary to recent polls that overwhelmingly show they prefer not to,” said Connecticut Right to Life President Chris O’Brien. “In addition to Medicaid funds paying directly for abortions, Connecticut renovated their New Haven headquarters and abortion facility for $404,700 plus they receive an unrestricted grant of $1,060,000.”

Family Institute of Connecticut Executive Director Peter Wolfgang was among the activists in New Haven on Thursday evening.

“We learned from those undercover videos they’re apparently harvesting baby parts for profit,” Wolfgang told the New Haven Register. “We want the killing to stop. We want the harvesting of aborted baby parts to stop.”

Since she made that statement, Planned Parenthood has changed its policy, stating they will no longer accept any payments for fetal body parts. This has caused people to question why they would change their methods if those methods were as legal as Planned Parenthood claims.