UPDATE: As a clarification, eleven pro-life activists took place in the peaceful protest, but one was a minor. The minor has not been charged with a violation of the F.A.C.E. Act.

Ten pro-life activists have been charged with violating the federal F.A.C.E. Act following a peaceful rescue event outside a Kentucky abortion facility in May. The event, held outside the EMW women’s abortion facility in Louisville, was organized by Operation Save America (OSA). Rev. Rusty Thomas, national director of Operation Save America (OSA), said he decided to check his e-mail late Tuesday evening and discovered that he, along with the other pro-life activists, had been formally charged under the federal F.A.C.E. Act.

F.A.C.E. is the “Freedom of Access to Clinic Entrances Act,” a draconian piece of legislation signed into law by former President Bill Clinton in 1994. The text of the law is available here, and, in part, “prohibits the use or threat of force and physical obstruction that injures, intimidates, or interferes with a person seeking to obtain or provide reproductive health services.” Stiff fines and penalties often apply to anyone convicted under the charges.

The F.A.C.E. Act came into effect during a season when the pro-life group Operation Rescue was having an impact in closing abortion facilities by using non-violent peaceful protest to intervene on behalf of innocent preborn children in the same spirit as the Civil Rights movement. 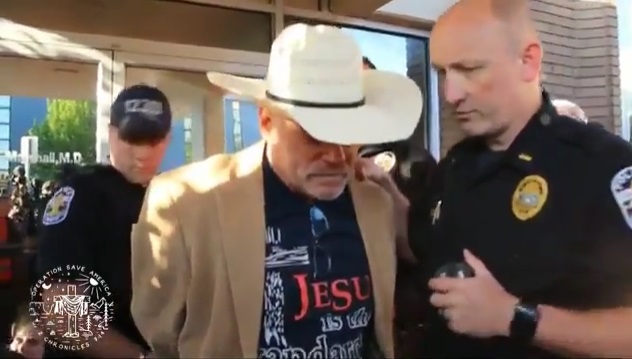 Rev. Thomas said that he has been a witness outside abortion facilities for years. But, it was an event in Louisville, Kentucky, on May 13, 2017, that triggered the current charges against him and ten others. Rev. Thomas noted that the last time the federal government unsuccessfully attempted to charge him under F.A.C.E. was about 15 years ago.

“Normally when we violated F.A.C.E. in the past, the charges came pretty quick,” Rev. Thomas noted. They are doing it right before we were going to Louisville,” he noted. What Rev. Thomas is referring to is OSA’s national event, titled on Facebook, “For such a time as this,” and set to begin on July 22, 2017. He believes the timing of the charges, just days before the national event, is not coincidental in the least. 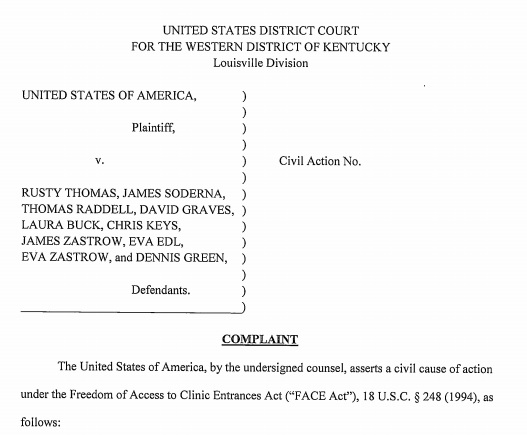 The complaint goes on to state:

On May 13, 2017, Defendants attempted to, and did by physical obstruction, intentionally interfere with persons who were or had been obtaining or providing reproductive health services. …

Unless defendants are restrained by this Court, defendants will continue to engage in the illegal conduct averred herein.

Rev. Thomas told Live Action News that after the arrest in May, the city charged the protesters with third degree trespass and a small fine. Then, on July 11, 2017, they held a pretrial hearing where Rev. Thomas and the other pro-life activists were issued a “no contact” charge, prohibiting them from even standing on the same side of the street as the  abortion facility without an arrest warrant being issued.

“We are not going to be reactionaries. We are continuing with the mission and let the chips fall where they may,” he said. 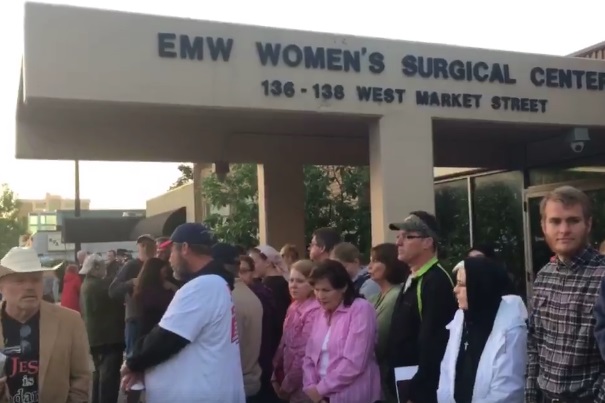 In addition to the civil F.A.C.E. charges, the group was also served with a temporary restraining order (TRO) to prohibit them or “any others acting in concert or in participation with any Defendant” from “using physical obstruction to intentionally interfere” with a person who “was or had been obtaining or providing reproductive health services at EMW Women’s Surgical Center…”

This week, the Metro City Council has also threatened to issue a “Safety Zone,” Rev. Thomas said. But Rev. Thomas is resolute, telling Live Action News, “We already told them that under no circumstances will we surrender our First Amendment rights.”

He told Live Action News that he has been working in Kentucky for quite some time to encourage Christians to act where abortion is concerned. Rev. Thomas said he felt convicted in his own heart first:

For the past years, the Lord was dealing with my heart. I knew it was coming. As we were monitoring the situation in Kentucky, it just seemed that was the place.

About six months ago, he was asked by a Kentucky resident to come help their state which has just one abortion facility remaining:

We began calling on the State of Kentucky to ignore Roe and establish justice and abolish abortion. Asking the State magistrates to simply say “No” to the immoral and unrighteous decrees of the federal government.

Then, on May 13, 2017, OSA held a rescue outside the EMW abortion facility in Louisville. 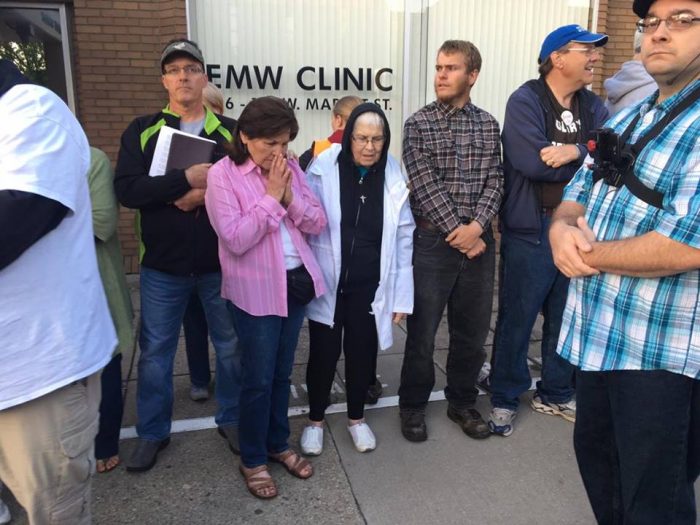 Rev. Thomas explained that he believed he and the others needed to set an example that government officials could follow in shutting down the last abortion facility in Kentucky:

How could I expect them to be courageous and to cross the line and stand in the gap, if we as churchmen were not willing to stand first. I just believed they needed to have an example of what interposition looked like. This is what it looked like on the church level – to lay your lives down for others.

Rev. Thomas said the church in Kentucky has risen up and, “Thus far they have embraced the vision and mission.”

The theme of the national event is taken from the Book of Esther: “Have you come into the Kingdom for such a time as this? Could you be the first state to be abortion free and eradicate abortion?” 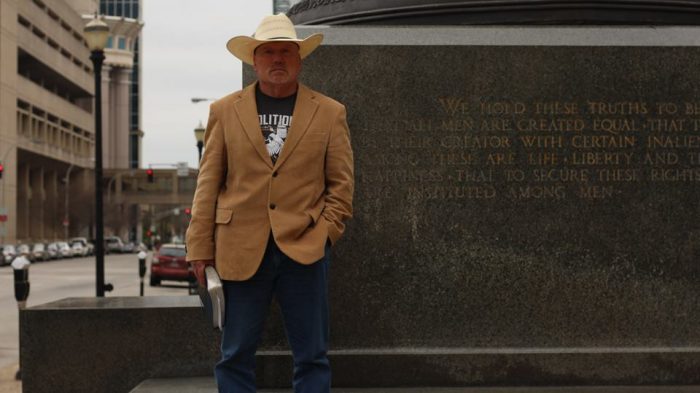 OSA has verbal agreements with key pastors to carry out a public witness outside the abortion facility long after Rev. Thomas and the others leave. He described the response as “More fruit than he has ever had before a national event.”

But, Rev. Thomas is concerned:

Now that the price tag has gone up will they continue to stand?

If the church backs down, then the enemy continues his slaughter. When the church continues to stand, that’s when we enter the miraculous. We just have to have the church willing to suffer for the cause of Christ.

Rev. Thomas’ wife, Kendra, said she and her children are at peace no matter what happens. “Rusty and the family counted the cost before he made that stand. We really want God to be glorified in this,” Kendra Thomas told Live Action News just moments after her husband received the e-mail confirming the charges.

We have been praying that God will break the back of F.A.C.E. the way that F.A.C.E. and abortion broke the backs of the babies.

This is completely God’s fight. I suspect the federal government was trying to demoralize us right before the national event. But I suspect God is at work.

Your prayers are special to us.

“They are trying to be smarter than God,” Rev. Rusty Thomas stated, “hopefully they are falling into His trap…”