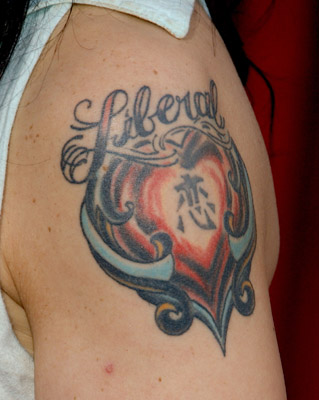 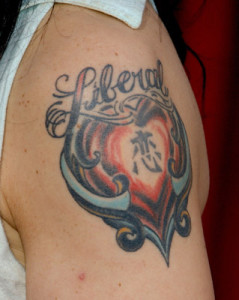 If you want to know how insincere pro-aborts’ stated principles are, just watch how quickly they go out the window once the subject changes.

Consider the 66 new pages of regulations the District of Columbia is thinking about imposing on tattoo parlors, which include prohibitions on minors getting tattoos, limits on the kind of body piercings minors can get, mandatory informed consent for health risks, and a 24-hour waiting period.

Yes, that would be the same Washington, D.C. which is run by pro-aborts, has no parental consent or notification requirements for minors seeking abortion, and has no waiting period for abortion – all of which adds up to one of the country’s highest abortion rates.

And just in case the inconsistency wasn’t quite blatant enough, here’s the rationale Health Department spokeswoman Najma Roberts gave for the waiting period:

We’re making sure when that decision is made that you’re in the right frame of mind, and you don’t wake up in the morning…saying, “Oh my God, what happened?”

Personally, I’ve never cared for tattoos or body piercings. But it’s clear that both practices are less complicated and less life-altering, and that they affect fewer human beings than abortion. Unlike abortion, which kills an innocent unborn baby whose father is helpless to protect him or her, these actually are procedures that affect the body only of whoever wants one.

An earnest, consistently applied “pro-choice” ethic would hold not only that nobody but you has the right to choose what cosmetic alterations you make to your body, but that your personal judgment about whether they’re right for you is unquestionable. And in the case of body art, we’re also treading on self-expression territory, which liberal dogma usually awards extra sanctity points to.

But here, lefty D.C. bureaucrats have decided that teenagers don’t necessarily know what’s best for them after all, and that even adults can’t necessarily be trusted to obtain a tattoo when they ask for one. They believe that the threat of a stupid-looking image on your neck (or someplace more embarrassing) is more deserving of government intervention than the certainty that a child will die in abortion.

It’s just the latest reminder that pro-abortion does not mean pro-choice.