For the most part, abortion apologists do all they can to deny the humanity of the preborn. But occasionally, someone will admit that preborn children are human beings — even if just by accident.

Danielle Campoamor, a fanatically pro-abortion writer who has previously compared miscarriages to abortion, infuriating women across the country, has participated in misleading Planned Parenthood propaganda in the media. She has complained about a lack of abortion ads on television. She’s given inaccurate and misleading advice on abortion. She recently made waves after penning an op-ed arguing that supporting abortion is pro-life. Suffice it to say, Campoamor is an extremist.

Iowa Governor Kim Reynolds signed into law a bill that bans abortion once a heartbeat can be detected. A preborn baby’s heart starts beating around 16 days after conception, and can usually be detected by six weeks of pregnancy. Campoamor was angry; that much wasn’t a surprise. But her argument of choice was rather shocking; in a tweet, she admitted that a six-week preborn baby has a heartbeat, but that her heartbeat “matters more”:

People were understandably infuriated, and it’s not difficult to see why. Campoamor essentially just admitted that it should be acceptable to take the life of another human being, because her life matters more. It’s the kind of argument that has allowed countless human rights abuses across history to take place: some people must die for the good of others.

Science has progressed in recent decades, making the humanity of the preborn undeniable. We know now that a preborn baby’s brain waves can be measured by just six weeks of pregnancy. The baby has a separate, unique DNA strand at the moment of conception. Even in the earliest weeks of pregnancy, there’s no doubting that a preborn baby is a human being.

What the science makes clear, and what Campoamor inadvertently admits, is that this is a human being who’s being killed because another human being finds her own life to be more important. Once you begin to make that excuse, where does it end? If one person’s life is more important than another’s, then can he be killed as a 20-week preborn baby? At 38 weeks? Perhaps a newborn at two months old can be killed because the mother’s life is more important than the baby’s. Why not an elderly man who is ill and whose care costs his family too much money? Are his family’s lives not worth more? The logic in these arguments is the same, so why are they all horrifying, unless the person in question happens to be in the womb?

READ: Listen to the heartbeats of these preborn babies, as young as five weeks, captured on video

Abortion activists typically argue that women need abortion as a source of empowerment; abortion allows them to accomplish their goals and make their dreams a reality. But this is also troubling. Is it acceptable to oppress other people for your own benefit? The answer is no, of course. Yet that is what abortion does — it promises empowerment for one group of people at the expense of another group. It encourages women to oppress their own babies, human beings at their most vulnerable, in the name of empowerment.

This is something that the early feminists abhorred. Victoria Woodhull was the first woman to be nominated and run for president, and she also openly spoke against abortion. “Every one will concede that it is murder to take the life of a human being. But the very pertinent question arises just here, when does human life begin?” she wrote in an editorial slamming the widespread practice of abortion, adding:

The beating of the heart, modern science tells us, never begins; that is to say, there is no time in the whole process of the growth of the human body from the moment of conception until death, that pulsations of life are not present in what is to develop into the perfected body. Where, then, shall the line be drawn, on one side of which it shall be murder to cause these pulsations to cease, and upon the other not murder?

…Many women who would be shocked at the very thought of killing their children after birth, deliberately destroy them previously. If there is any difference in the actual crime we should be glad to have those who practice the latter, point it out. The truth of the matter is that it is just as much a murder to destroy life in its embryotic condition, as it is to destroy it after the fully developed form is attained, for it is the self-same life that is taken. 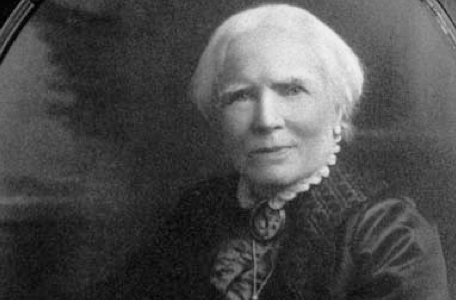 Elizabeth Blackwell was the first woman to get a medical degree from an American university. She was a doctor who ardently opposed abortion, and wrote that female abortionists were partly her reason for striving to become a doctor herself. “The gross perversion and destruction of motherhood by the abortionist filled me with indignation, and awakened active antagonism,” she wrote. “That the honorable term ‘female physician’ should be exclusively applied to those women who carried on this shocking trade seemed to me a horror. It was an utter degradation of what might and should become a noble position for women… I finally determined to do what I could do ‘to redeem the hells,’ and especially the one form of hell thus forced upon my notice.”

There are countless more examples, but the early feminists were largely pro-life, and it’s not difficult to understand why. They were fighting oppression, and you don’t defeat oppression by oppressing others. A living person has the right to life, period. And it doesn’t matter if someone else finds that life to be inconvenient. Claiming your life “matters more” isn’t an excuse to take another human being’s life away.