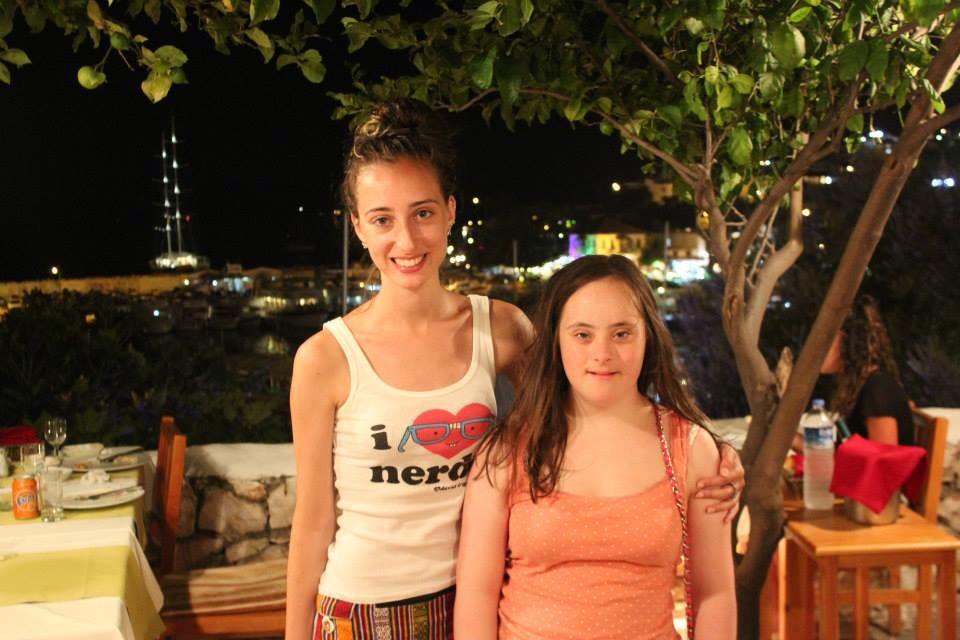 When Domenica Lawson was born 20 years ago, Princess Diana, a friend of Lawson’s mother, asked if she could be the child’s godmother. Lawson was born with Down syndrome, and Diana is shown in photographs carrying the newborn baby out of the hospital. As the girl grew, Diana would bring her to an inclusive theater company, helping her to thrive. On September 13, Ursula Presgrave, a former cast member of the UK reality TV show The Call Centre, posted the following statement on Facebook, which has now been deleted:

Anyone born with down syndrome should be put down, it’s just cruel to let them lead a pointless life of a vegetable.

The ignorant statement didn’t sit well with Lawson and she wrote a response to Presgrave on Facebook saying:

[…] you should think before you said that because it might hurt people. […] We are real people with Down’s syndrome, we are all born this way and we are not like vegetables. That’s a mad thing to say, this is my life.

According to The Daily Mail, Lawson, age 20, is currently studying catering and has a boyfriend. Her mother, Rosa Monckton, says that her daughter ‘attacks’ her condition every day by living a happy life.

Her father, Dominic Lawson, spoke out last year when his daughter celebrated her 19th birthday. In an article for The Daily Mail, he wrote that at the time of her birth the doctors gave them “the bleakest forecasts” of Down syndrome.  But she has proven them wrong.  He also spoke out against prenatal testing for Down syndrome as a way to eradicate the condition through abortion.

“And besides, what is being eradicated? Not the condition, but only the people with it,” he wrote. “The condition will occur with exactly the same frequency as before: the only difference is that the alleged sufferers will never see the light of day.”

He also shared that that on her birthday, Domenica refused to make a wish because, she said, “I have everything I want, now.”

Now she is following in her father’s footsteps, letting the world know that people with Down syndrome are worthy of life. She told Presgrave:

[…] you just need to understand about some people have down syndrome like me my friend ellie and my boyfriend danny and we all have something in our lives and its not going to stop us we all have fun, so what if we are Down’s syndrome. it makes us who we are.

According to Wales Online, other people fought back against Presgrave as well, calling her comments “vile” and asking that Facebook ban her from the site. Wales Online also reported that the police are investigating after receiving numerous complaints.