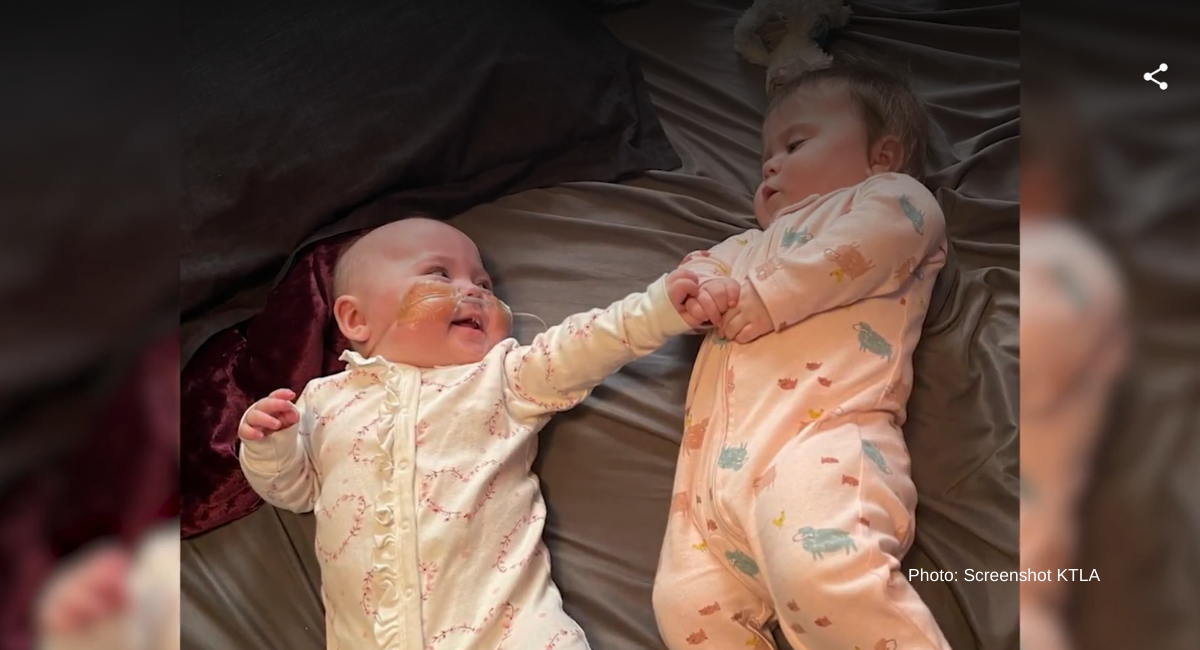 A baby born at 23 weeks gestation weighing just one pound already had a lot of obstacles to overcome. For little Harper Jacobo, those obstacles also included a diagnosis of esophageal atresia, a defect in which the esophagus is not formed properly. But with a Colorado hospital’s groundbreaking surgery using magnets, baby Harper is now able to thrive.

Harper and her twin sister, Gabriella, were high-risk patients when they were born prematurely in Alliance, Nebraska, so doctors transferred them to the Rocky Mountain Hospital for Children, where Harper’s esophageal atresia was discovered. In her case, her esophagus and stomach did not connect.

Dr. Steven Rothenberg, chief of pediatric surgery, told KTLA, “I believe Harper is the smallest baby ever to be born, with this pure Esophageal Atresia, to survive.”

Doctors used magnets to repair Harper’s esophagus. And according to Rocky Mountain Hospital, she’s the first baby to undergo the surgery weighing less than a pound. “The gap was so great, it was hard to get the two ends together,” Rothenberg said, adding that the procedure worked “extremely well.”

Down Syndrome Prenatal Testing reports that in 1982 a baby in Bloomington, Indiana, was born with esophageal atresia and Down syndrome. Though even then, esophageal atresia could be relatively easily fixed, the doctor told the parents they should just let their baby die.

The baby, named Baby Doe, was given a death sentence purely due to the ableism of his doctor, Walter Owens. Even if the surgery was successful, Owens argued “[t]hat it would still be a mongoloid, a Down’s syndrome child with all the problems that even the best of them have.” He added his belief “that there are things that are worse than having a child die. And one of them is that it might live.” With his parents’ permission and approval, Baby Doe was abandoned and left to slowly starve. The cause of death was chemical pneumonia, due to the regurgitation of his own stomach acid.

Thankfully, neither of the Jacobo twins had to fear such an awful fate.

Gabriella was able to go home months before Harper was, but Harper spent a year in the hospital. It’s something parents Kayla Hatch and Victor Jacobo will never forget. “To see them breathing, kicking … it’s just truly awesome. We just can’t thank everyone enough for being there and helping us through these trying times,” Jacobo said, with Hatch adding, “For the rest of my life, I’m going to be thanking them.”