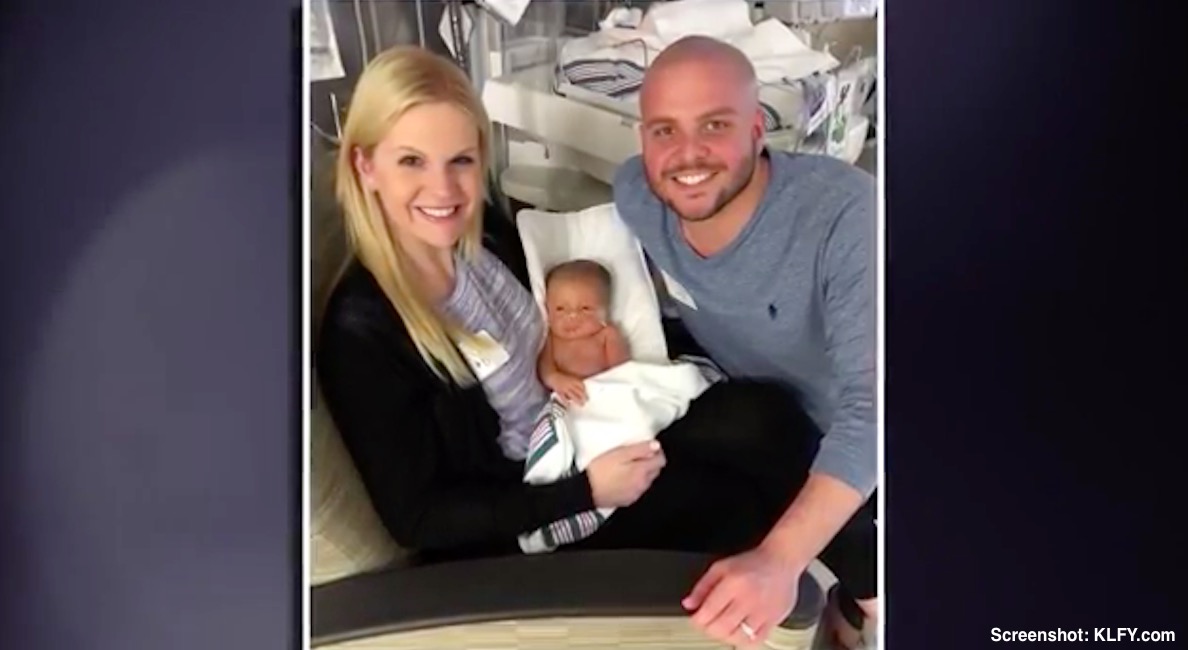 Michelle Coyle and her husband Brandon always knew they wanted a family. What they could never have foreseen was the heartache they would face on that journey. Their first pregnancy ended in miscarriage. The second, just three months later, was the same. When they discovered they were pregnant for a third time, they remained hopeful, but life had more curveballs to throw their way — including a miracle.

According to KLFY.com, the pregnancy itself was rather uneventful. They learned they were having a boy, named Carson Joseph Coyle, after his grandfather. Everything was as it should be until at 37 weeks gestation, Carson decided to arrive ahead of schedule. He was only three weeks premature, and the couple was excited to welcome him, but as labor progressed, Carson wasn’t moving much. He was positioned too high and Coyle’s hips were deemed too narrow. The doctor decided to perform a vacuum-assisted delivery and medical staff filled the room. Baby Carson was born at 10:12 weighing six pounds, but he wasn’t doing well.

“He was pretty lifeless,” Coyle told KLFY.com. “He was lifeless.”

“His feet were purple and blue,” added her husband. 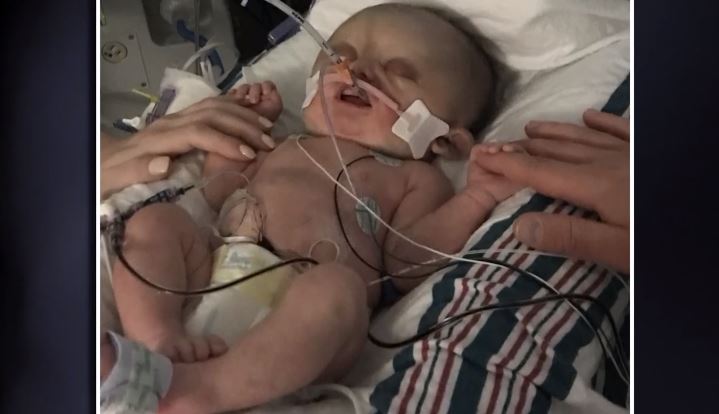 Doctors and nurses from the Neonatal Intensive Care Unit went to work, putting a tube down Carson’s throat and placing wires to monitor him. One doctor told the new parents that Carson was likely to have intellectual delays or cerebral palsy. The couple was shocked. They were told that Carson also had bleeding around his brain but that they expected this would resolve. It didn’t.

KLFY.com reports that Carson’s condition worsened. Overnight he gained two pounds and his eyes and ears were swollen closed from the fluid. His body was beginning to shut down. His parents, rightly, feared for his life.

“My immediate reaction was to ask if my baby was dying and [the doctor] said, ‘Unfortunately it does seem to be looking that way,’ to ‘please call your immediate family,'” said Coyle. The doctor predicted Carson had perhaps hours to live. A NICU nurse stepped in to baptize him.

“That’s when it kind of hit me, if they were getting to that,” she said.

That, however, turned out to be a defining moment in little Carson’s life and the lives of those who love him.

As prayers began to flood in for Carson, Judge Dennis Waldron arrived in the middle of the night armed with a crucifix that he reserves for the seemingly hopeless cases. It was a crucifix used by Catholic priest Fr. Francis Xavier Seelos in the 1800s. Fr. Seelos had one miracle attributed to him and Waldron was hoping for a second one to be given to Carson.

Waldron placed the crucifix on the fragile baby as the couple prayed. The next day, Carson was already improving.

Just 14 days later after doctors predicted his imminent death, Carson went home with his mom and dad. He is doing remarkably well and shows no evidence of any brain damage. The amazing story of Carson’s healing was shared with the Seelos Center and Fr. Gil Enderle. If Carson’s healing is decided to be a genuine miracle performed through Fr. Seelos (his crucifix), he may be elevated to sainthood by the Catholic Church.

While the family and the Seelos center await word from Rome, they know that no matter what decision is handed down, Carson’s healing and his life are a complete miracle in their eyes.