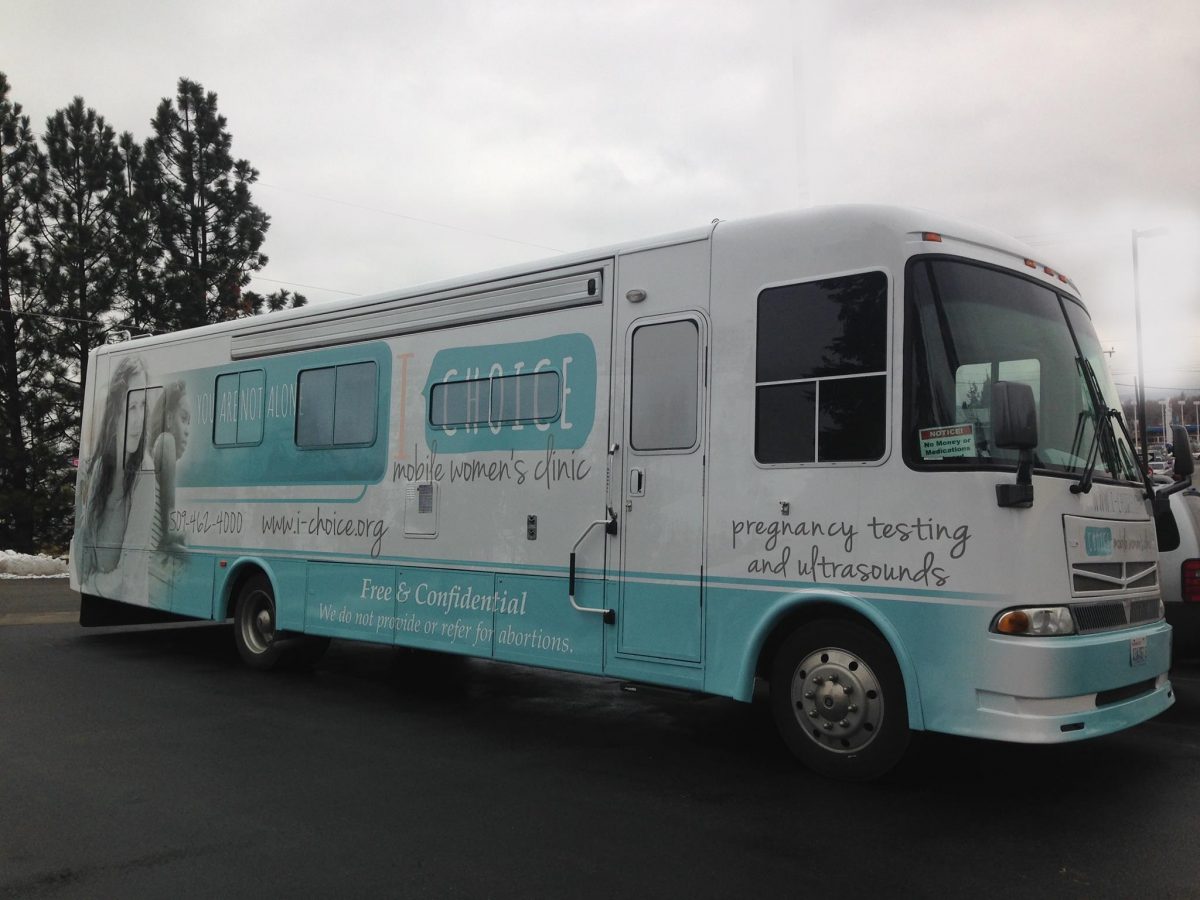 In Spokane, Washington, Life Services pregnancy center has been working for 25 years to help women and their babies. But even after 25 years, executive director Shawn Stevenson says they are still the “best-kept secret of our area.” Because of this, Stevenson and his team reached out to the community through billboards and radio ads in order to show them that Life Services wants to make abortion unnecessary in Spokane.

“Our 25th anniversary was in May, so we’ve been doing this a while,” said Stevenson. “The clinics are where we started, in that we didn’t do the maternity home at first… and slowly we have grown and we started adopting a medical model of providing services. That means that in our clinics all the medical care is done by a nurse or a medical assistant. It’s important to us to demonstrate that we are a medical practice with a focus on early pregnancy.”

“On a limited basis we are able to do first-trimester care… prenatal vitamins,” explained Stevenson. “And then we get them into a place with an OB and a physician and we have partner physicians that we have worked with in the community that we will refer those patients to.”

While providing medical care and services to women, Stevenson notes that they also look for a woman’s “SOS” — which might simply be the pregnancy, or perhaps an emotional or spiritual concern or trouble in the woman’s relationships with family or with her baby’s father. Life Services works to help them with these issues as well.

Life Services also has a mobile clinic that they use to reach women in a couple of key locations. One location is in a low-income neighborhood, and the other is at the local Salvation Army which happens to be across the street from Planned Parenthood.

“The proximity is in our favor,” said Stevenson. “There’s lots of activity. We occasionally have people who have come from the Planned Parenthood. The pro-life sidewalk advocates tell people at Planned Parenthood about us. Sometimes the patient was headed to Planned Parenthood and tells us that they decided to check us out instead. It doesn’t happen every week, but we have a few stories a year. On rare occasions, we’ve had some referrals from Planned Parenthood because they don’t do free ultrasounds.”

In addition to the work Life Services does through their pregnancy centers, they also help women who are in need of a safe place to live. Their maternity home began taking residents in 2000. The 4500 square foot home can house 6 mothers at a time. They each have their own private room with a private bath, and after they give birth they are welcome to stay in the home for a few months as they become accustomed to motherhood. House parents — a married couple — live in the home with them. The couple helps to create an environment that is as much like a home as possible while demonstrating for the women what a married couple can and should look like. This couple has seven children of their own, including one with special needs.

Life Services works with each mother to help create a solid after-care plan. After the maternity home, some mothers are even able to move with their baby into a host home.

“One of our recent celebrations was a mom who had lived in the home for a while, then a host home,” said Stevenson. “[She and her baby] lived there for almost two years, [the mother] went to college, and was able to get a place of her own. We also work with moms just to help them find what’s best for them. Some move back with family. Some get a place of their own. Our goal is to come alongside them and help them be successful as best we can.”

For women who choose abortion, Life Services offers two options for post-abortion care. The first is more traditional and commonly used by pregnancy resource centers, according to Stevenson. However, they also realized that a lot of their patients don’t have a faith background and have no interest in post-abortion services based on religion. Therefore, they partner with Abortion Anonymous, which slowly introduces Christianity and gives the option of becoming a Christian at the end of the program. They have helped nearly 20 post-abortive women so far and are on track to double that.

Life Services has big plans for the future, including finding ways to reach out to fathers and connecting with a larger number of abortion-minded mothers. Stevenson says they want to reach out and make sure that even if someone chooses abortion, she is making an informed decision.

“A woman came in and told our team, ‘I want to have an abortion’ and even as she left they weren’t sure what she was going to decide,” said Stevenson, “and about a week later she came back and actually bumped into one of our nurses and said, ‘Hey, I want to get pictures of my baby to show my family.’ Those are the moments that we know what we’re called to and we get those moments where we know or work is having an impact.”