Abortion advocates have already resorted to smearing pro-lifers as people who only believe in “forced birth” and don’t care about women at all. Now, they’ve also begun to claim that it’s unreasonable to care about the lives lost to abortion, because those lost lives sometimes lead to new lives in successive pregnancies.

Jen Gunter is an outspoken OB/GYN and abortionist known for her avid support for abortion. Recently, she took to Twitter again to argue that miscarriage and abortion do not count as “lives lost,” because the mother could possibly have a successful pregnancy afterwards — making the miscarriage or abortion worth it. 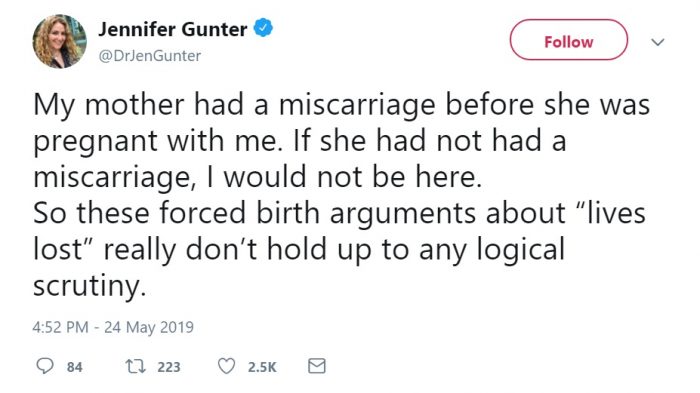 Scores of people chimed in with similar stories of abortions and miscarriages, also arguing that they — or their children — would not exist otherwise.

READ: Abortionist: Even if a baby is born alive, parents don’t have to see it as a life 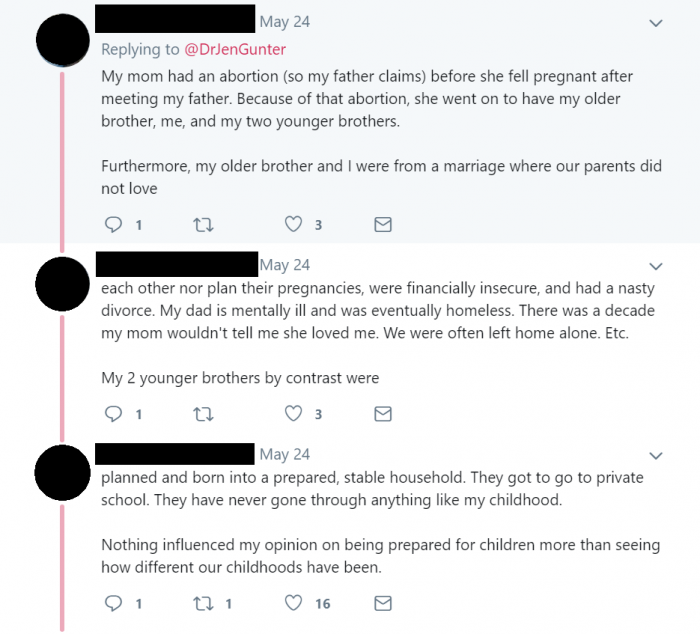 While Gunter and her fellow abortion advocates were patting themselves on the back for what they thought was faultless logic, they completely missed the utter logical fail of this line of thinking.

To start with, it’s grossly offensive to equate miscarriage with abortion; one is an accident that most parents grieve deeply, whereas abortion is an intentional act of violence that takes a life. Equating the two is something that even abortion-supporting women find offensive. And it’s easy to understand why: these were wanted, cherished children who were human beings, not jumbles of cells cavalierly thrown away. And while it’s not at all unusual for post-abortive women to feel deep regret, pain, and guilt, miscarriage and abortion are not the same thing.

Where miscarriage and abortion do meet, however, is that they are something inherently negative. And just because something positive came afterwards doesn’t mean the preceding event was good. Gunter tries to pretend this is above “logical scrutiny,” as she puts it, but if you take her logic to its natural conclusion, you can make excuses for anything. Let’s try it:

Far from being a brilliant logical argument, Gunter’s logic here utterly fails. Abortion is never a good thing, unless you’re an abortionist with an axe to grind. And Gunter absolutely has an agenda to push here; she previously has argued that life is dependent upon nothing more than the parents’ wishes, and lied about preborn babies’ heartbeats in an effort to dehumanize them. In fact, Gunter’s pro-abortion ideology is so extreme that she even shows disdain for people who offer homes, clothing, diapers, medical care, and other practical help for women experiencing unplanned pregnancies — because for Gunter, the answer apparently should always be abortion.