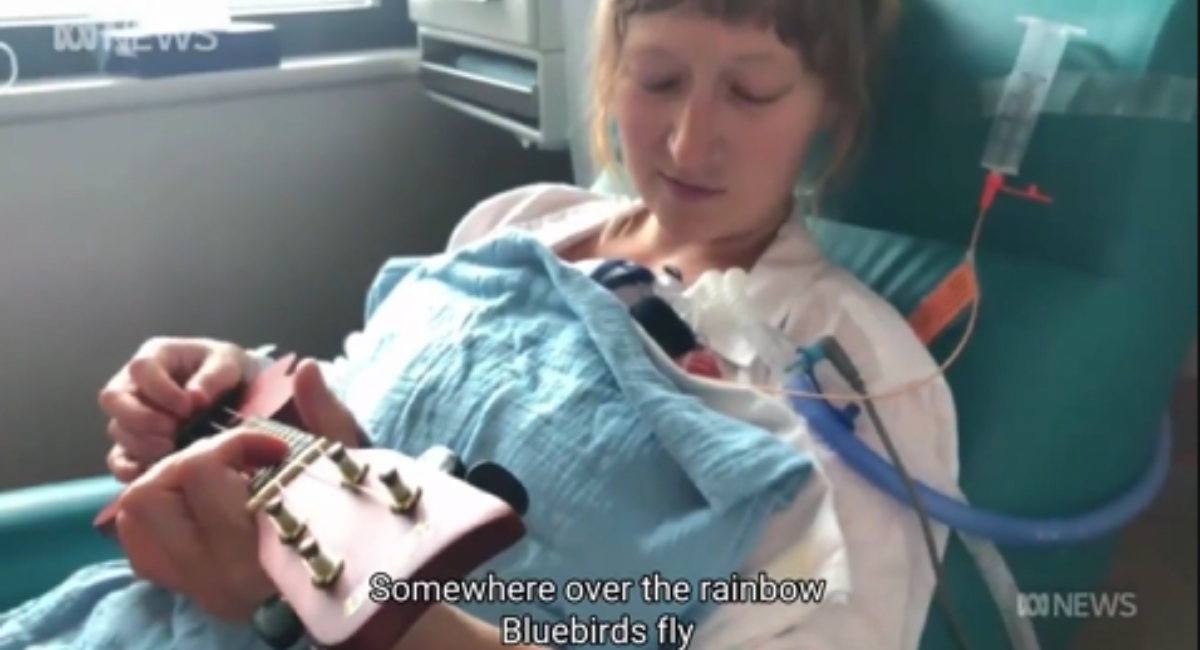 One of the smallest premature babies born at an Australian hospital had a secret weapon that helped him survive: his mother’s music.

Alana Wilkinson is a musician, and while she was pregnant, she played the ukelele and sang to her son as he grew in her womb. Originally planning to have a home birth in a rainforest cabin in the state of New South Wales (NSW), Wilkinson and her husband went to Lismore Hospital in an ambulance when she experienced bleeding and cramping at 24 weeks. She gave birth at Mater Mothers’ Hospital in Brisbane three days later, and at first, doctors said the chances of her son’s survival were grim.

“My partner puts his two fists together, thumb to thumb, side by side, and that was the size of Raff’s body all tucked up,” Wilkinson told the Australian Broadcasting Corporation (ABC). “It’s really confronting to see a baby that small and really confronting to see how much they have to go through in order to grow on the outside when they’re meant to still be on the inside. I just had no idea around the world of premature babies. I didn’t know anyone who had had a premature baby before.” 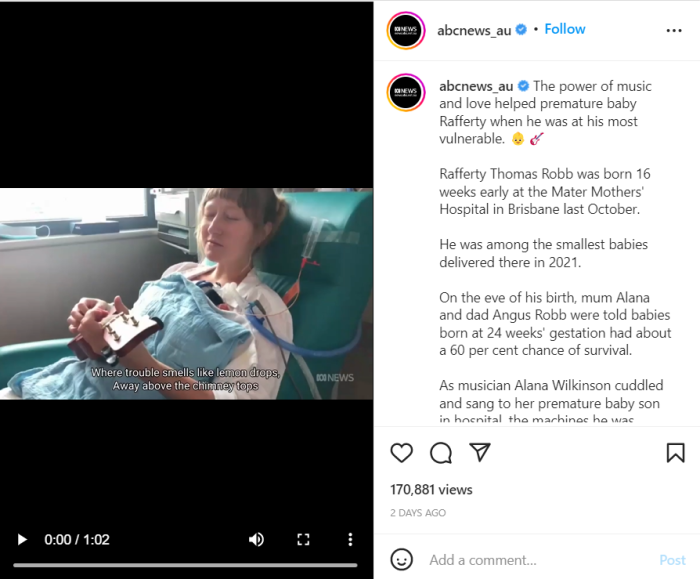 Their son, Rafferty Thomas Robb, was one of the smallest babies born at Mater Mothers’ Hospital in 2021, and doctors said babies born at 24 weeks have a 60% chance of survival. But Wilkinson was convinced that music would help heal him, so whenever she could, she would cradle Rafferty skin-to-skin, play her ukelele, and sing to him.

“We came in a couple of times and he’d had a really rough night. He just looked lifeless. It was really confronting to see him so unwell,” she said. “I just found that as soon as we picked him up and put him skin to skin… sitting there with my ukulele and singing to him, you could just see how much that really made a difference, seeing it reflected in the machines that monitor heart rate and breathing.”

A month after Rafferty’s birth, Wilkinson and her now-husband decided to get married, right there in the NICU.

“There were no guarantees that he would make it,” she said. “I know that sounds kind of grim, but it was a reality of the situation. It was something that I really wanted to do so that he could be there, he could feel the love, feel our commitment and he could be part of it. It was really beautiful.”

It’s well known that preborn children can hear their parents’ voices while still in the womb — it’s why so many parents read and sing to them during pregnancy — but not as many people realize that after being born, children can recognize the songs and stories that were sung and read to them. Preborn children can learn while in the womb: languages, songs, stories, and more.

Three months after his birth, Rafferty was able to come home. Though he still uses supplemental oxygen, he’s otherwise healthy. “Through all of this stress and the worry and all of the turmoil, we really have had so much joy just singing and dancing,” Wilkinson said. “We want him to feel safe and loved and jolly. That has been our priority.”