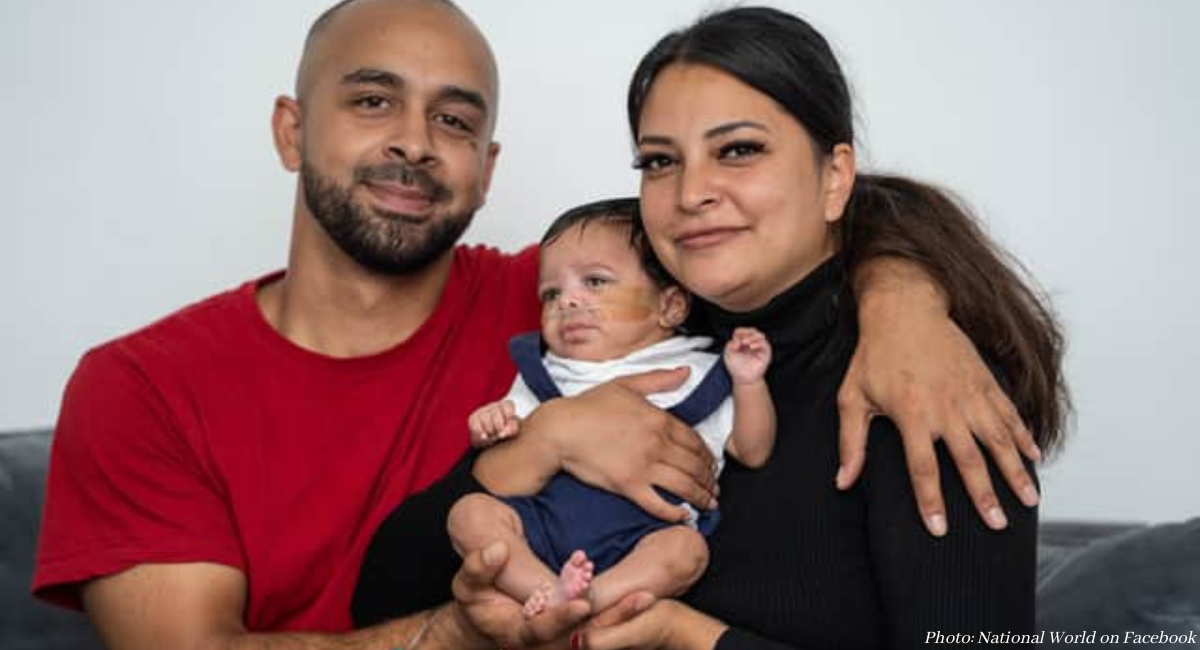 A preemie who wasn’t breathing for an astounding 17 minutes after birth has made a miraculous recovery, and is now joining his family at home.

Bethany Homar was 26 weeks pregnant when she suffered a placental abruption and had to have an emergency c-section to save her baby. Little Isaiah weighed just 1lb, 10oz when he was born. After birth, it took doctors 17 minutes of resuscitation before he started breathing on his own.

Bethany explained the circumstances of Isaiah’s birth. “I was given two choices. Let him die inside me while they stopped my bleeding or have him there and then with a high chance that he wouldn’t make it,” she said. “I broke down crying when they told me my choices. I knew I couldn’t just let him pass away without trying. I had to give him a chance.”

READ: Preemie born at 23 weeks heads home after over 500 days in the NICU

After undergoing the c-section, Bethany was unaware that her son almost didn’t make it. “I didn’t know what had happened when I came round. Then they told me he was very sick, and they were not sure if he would survive.”

Isaiah was whisked to the NICU where he received multiple blood transfusions. “He told me he was tiny, but I didn’t believe him until I saw him. He was so small and red with tubes and wires all over,” Bethany said.

Miraculously, though Isaiah had a tumultuous start as a preemie, it appears as though he suffered no lasting brain damage. “They did brain scans and could only find two brain bleeds which they were really surprised at,” Bethany explained. “It’s incredible really. He’s a miracle.”

After spending more than 100 days in the hospital, Isaiah was well enough to go home with his family.

“He has chronic lung disease so he’s on oxygen still at home. But it’s very surreal that he’s home. For a while it didn’t seem like there was an end in sight,” Bethany said. “Now he’s 7lbs 13oz and smiling and cooing at us. It’s uncertain how affected he will be until he’s older. But I’m just so glad he’s home.”

“It all happened so quickly after Bethany was taken into hospital. I couldn’t go in with her for the c-section, but I got to see Isaiah just after he was born,” he said. “He was so tiny, but he did a little yawn that gave me a feeling that he would be OK. But it was really scary, and he was so poorly for a long time. We’re just glad he’s now home.”