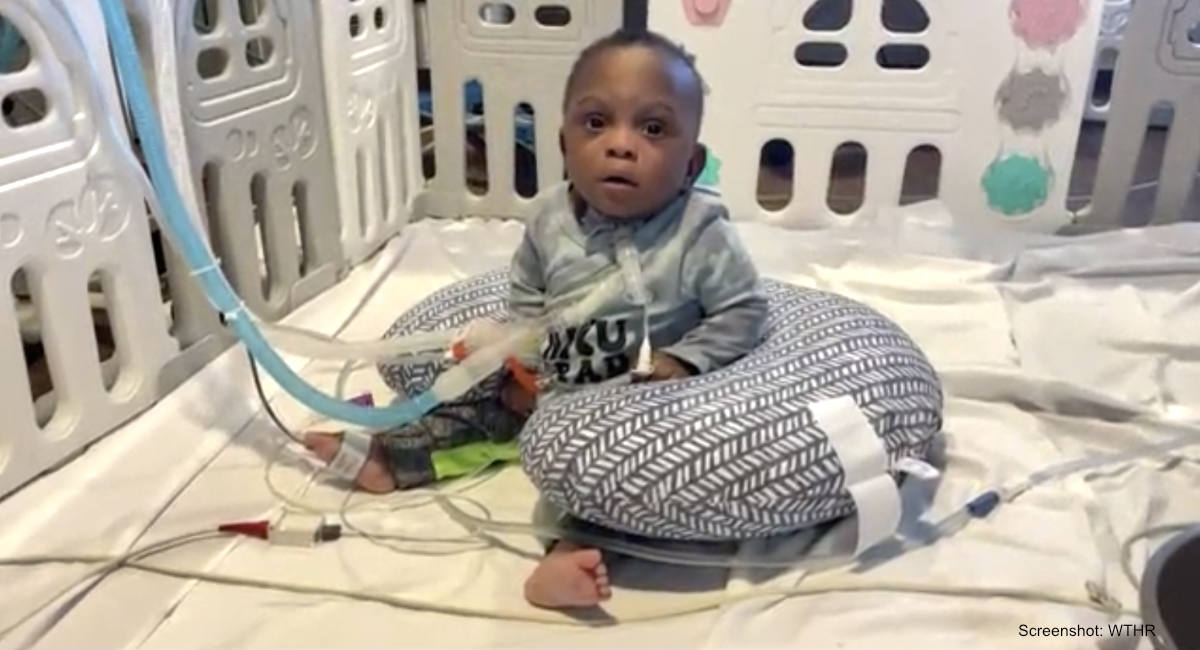 A premature baby who spent 460 days in an Indiana hospital’s neonatal intensive care unit (NICU) is finally headed home, much to his family’s relief. According to WXIN-TV, Kendall Jurnakins was born on December 11, 2020, weighing only 15 ounces and small enough to fit in the palm of a hand.

The boy’s mother, Sparkle Jurnakins, learned she was pregnant just two weeks before she went into labor early at 25 weeks. Doctors performed an emergency C-section because Jurnakins’ blood pressure was not regulating, which negatively impacted her diabetes and threatened her life. WTHR reports that she also battled COVID-19.

After delivery, Kendall was immediately taken to the NICU and treated for multiple complications linked to premature birth. During his 460-day stay at the hospital, the baby went through several early childhood experiences, such as learning to crawl and growing his first tooth. Kendall even celebrated his first birthday at the hospital.

“I knew he was in good hands,” Jurnakins said. “He just wasn’t at home.”

“We really had to have hard discussions with his family throughout his stay. But the second he got his tracheostomy I saw that boy turn into a completely different person,” Leedy said. “That boy was night and day. To look at a baby that is just living life to breathe, and then to have a baby that is living life is just really, really amazing to see.”

As WTHR reported, Kendall is expected to continue to use the tracheostomy tube to help him breathe, as well as a feeding tube. Doctors, however, anticipate the baby will lead a healthy life — and Kendall left the hospital Wednesday as the staff cheered.

“This moment, actually, I have no words. It’s such a reward for all of us,” said Dr. Taha Ben Saad, NICU medical director. “We’ve waited for this day for a long time and it’s such a reward. And then after all those long days and long nights, this is the best day for us. We forget everything else.”

Jurnakins said she plans to “hold him all day long” once she brings Kendall home, where he will finally meet his brother and sister.

“My son said ‘we don’t have to go to Disney’ for his birthday this year. He said, ‘This is my gift, the best gift ever, to get him home,'” Jurnakins said.