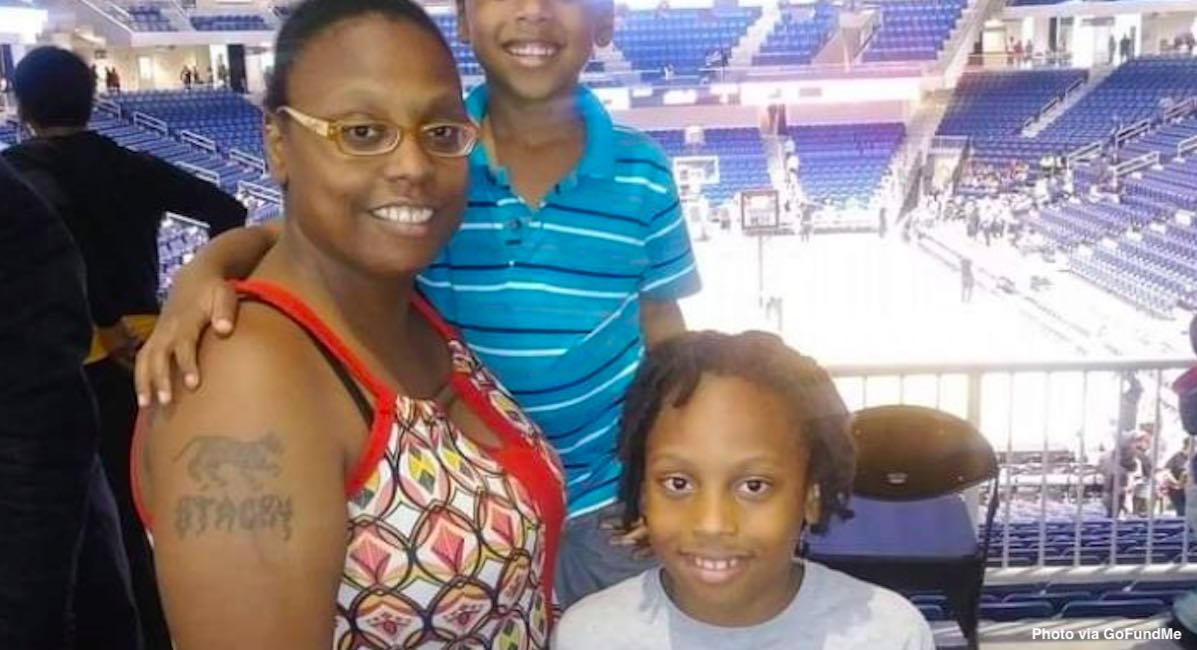 UPDATE, 10/19/2020: Four days after 35-year-old Stacey Jones was shot in the back while standing outside of her Chicago home, her newborn boy has passed away. The Associated Press reported the tragic news, and quoted Baker’s father about the loss.

“You took something from my family, from me. You took my heart, my firstborn, the sweetest little thing,” Tommy Baker said. “It’s a loss that I’ll never get over.”

ORIGINAL ARTICLE, 10/16/2020: Shortly after midnight on Tuesday, October 13, 2020, police discovered Stacey Jones unresponsive on the doorsteps of her home in Jeffrey Manor on Chicago’s South Side. Jones, eight months pregnant, was shot multiple times in the back.  She was transported to the University of Chicago Medical Center for care, but was pronounced dead at 1 AM.

Shortly after Jones’s death, doctors were able to deliver her baby boy, who was not struck by gunfire. Jones’s newborn son was taken to Comer Children’s Hospital where he is currently in critical condition.

The community is hopeful that the baby will thrive in spite of the tragic nature of his premature birth. Should a preborn child be killed during an assault on his mother, Illinois’ fetal homicide laws may apply.

Illinois is one of 38 states with fetal homicide laws. Illinois state law defines an “unborn child” as “any individual of the human species from the implantation of an embryo until birth.” Furthermore, the Illinois laws apply penalties to offenders who cause the death of a preborn child whether intentional or not, except in instances in which the mother has consented to an abortion. Fetal homicide laws speak to the personhood of preborn children and place legal value on their lives.

In addition to her newborn, Jones leaves behind two sons, ages 7 and 11. Jones is remembered by her parents and three siblings as a “devoted mother” who was thrilled to be expecting her third child. Jones moved to Chicago two years ago to accept a position as a Cook County probation officer. Jones was just a few weeks shy of her 36th birthday.

Chicago police have identified a suspect in the case, with charges pending. Police have not yet uncovered a motive for Jones’s murder, but news reports state that it is suspected to have been a planned attack. “They weren’t quick shots. They were measured shots, and whoever did it wanted to do it,” neighbor Elliott Cobb said, according to ABC7 Chicago. Another neighbor reported hearing two shots fired.

Jones’s cousin Daisy Johnson initiated a GoFundMe fundraiser, collecting donations to help support Jones’s children and the family who will now care for them.