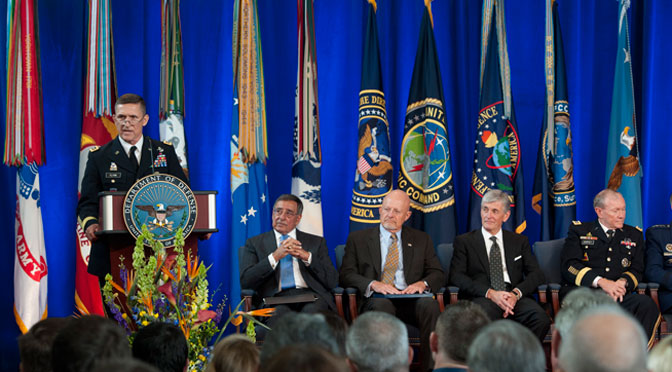 There has been much speculation regarding who Donald Trump’s vice presidential pick will be. Many names have been tossed around as possibilities, but one name in particular drew heavy criticism: retired Army Lt. Gen. Michael Flynn. Trump is reportedly considering choosing Flynn, even though he is a Democrat. As former director of the Defense Intelligence Agency and Trump’s foreign policy director, it isn’t a surprising pick. However, his stance on abortion has caused pro-lifers to, once again, doubt Trump’s commitment to the pro-life cause. Flynn described himself as pro-choice, saying that he thought abortion should be for a woman to choose.

The backlash was immediate, with pro-life leaders saying that Flynn should be disqualified as a potential vice presidential candidate. Now, just one day later, Flynn is claiming that he is actually a pro-life Democrat. His new position was released in a series of tweets from Fox News’ Jennifer Griffin…

EXCLUSIVE: LTG Mike Flynn tells me he is “a pro-life Democrat,” clarifies abortion comments by phone. “I believe the law should be changed.”

.@GenFlynn tells me “This pro-choice issue is a legal issue that should be decided by the courts. If people want to change the law, vote.

Mike Flynn tells me: “If people are going to decide election on abortion issue they should just stay home.” Says he is “pro-Life Democrat.”

The sudden flip-flop on the pro-life issue is not likely to help Flynn’s reputation among the pro-life community. Many pro-lifers already doubt the veracity of Trump’s pro-life conversion because, to this day, he still praises Planned Parenthood and, in the past, has supported partial-birth abortion. He also chose an attorney who has previously defended Planned Parenthood and who was, like Trump, an advocate of partial-birth abortion.

Like Flynn, Trump has recently said that we shouldn’t change abortion laws, as well as pushed the GOP to broaden their platform to allow for more abortions. Choosing a running mate who can’t seem to make up his mind on whether or not he supports abortion will not endear many pro-lifers to the Trump ticket, and could be viewed as even more reason to have delegates choose Trump’s running mate for him.