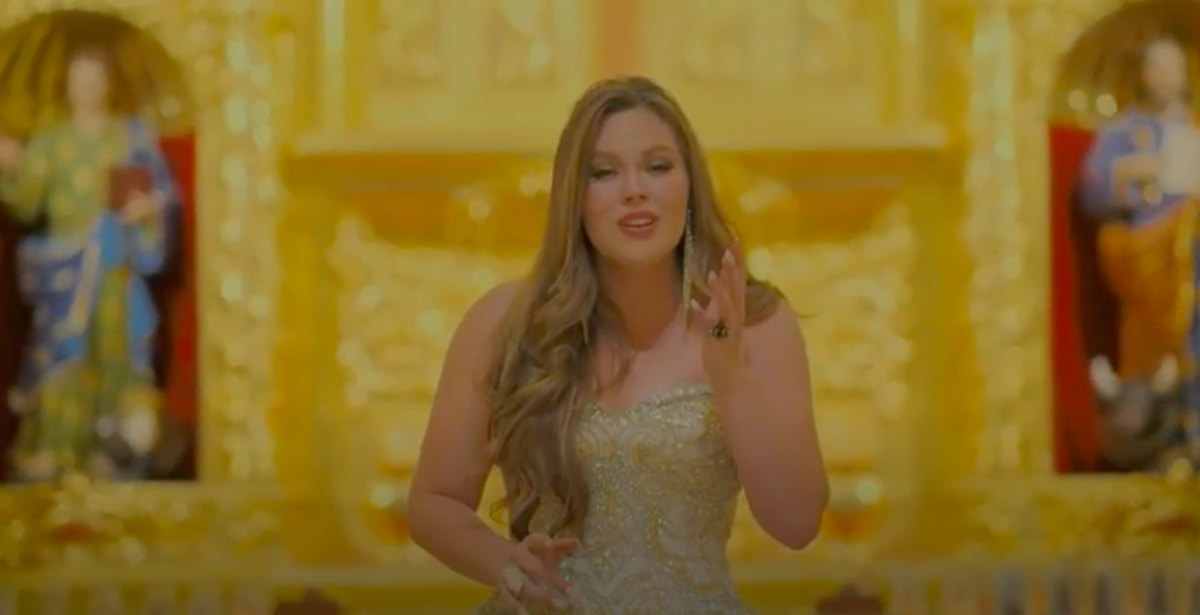 Named after Mother Angelica, the cloistered Catholic nun who launched a global television network from her convent’s garage, Angelica Park knew early on that she wanted to live a life of service to others. From a young age, she felt especially drawn to children, and as a teen launched the Angelica Park Happily Ever After Foundation, which has raised $45,000 for pediatric cancer research. As a sophomore in high school, she competed in and won Miss San Antonio’s Outstanding Teen 2018, and went on to finish in the top five for Miss Texas’ Outstanding Teen.

Now a freshman in college, Park told Live Action News where her pro-life convictions started and the kind of bullying she says has experienced for her beliefs.

Park was selected to attend a biomedical research academy for high school students run by the University of Texas-San Antonio and learned firsthand “about the intricate design of the human body” while doing cancer research. Learning that science supported what she knew through her faith to be true, Park decided to be “an activist for the pro-life cause.”

During her junior year of high school in 2019, Park saw social media posts condemning Alabama Governor Kay Ivey’s signing of the Human Life Protection Act, which was intended to nearly eliminate abortions in the state. Disappointed to see so much misinformation spread about the law, Park responded by sharing a video featuring former abortionist Dr. Anthony Levatino describing a second-trimester abortion. Park says she experienced tremendous pushback online and then in-person bullying at her high school.

“My school completely turned against me [after that post],” Park told Live Action News. “I got hundreds of comments on it calling me a ‘liar’, saying that no one cared about my opinion, and on and on. They completely trashed me… Later that year, not immediately after the video, I ran for senior class president. [People from school] screenshotted my post with the hashtag #notmypresident and tagged me all over social media. They even got the football players to encourage the whole school to scratch out my name on the ballots and write in a football player’s name instead. Other people tore down my posters in the halls.” Park said the experience was “completely humiliating.”

Park did reach out to her principal as well as a teacher who helped run the class president elections. Devastatingly, she says she was met with stonewalling and silence, and was told there was “nothing that the administration could do” even though “there was video and documentation of entire classes scratching out my name on the ballot.”

Rather than letting this lack of response discourage her, Park commented, “In the end, I believe that if you give that pain to God, He will turn it around… Four to five months later, I was speaking at the March for Life Youth Rally in Washington, D.C. and singing the national anthem before the March for Life, standing next to Abby Johnson and listening to the president of the United States speak.”

Park noted that she is by no means alone in being mistreated for her pro-life beliefs, saying, “I’ve learned that there are stories that are worse than mine.” She shared that the father of a teen approached her after his daughter heard her speak at the Youth Rally. The pro-life teen had also experienced nasty cyber-bullying for her beliefs, and was even encouraged to commit suicide by haters online. The man told Park that his daughter had come away from her speech with hope.

“When you get bullied, it can feel like God’s not watching, or like you must be doing this [being pro-life] wrong and that’s why you’re being bullied,” Park told Live Action News. “But, now, if anything, I’d say to take it as a compliment because it means that you’re doing the right thing… If you’re getting persecuted for your pro-life beliefs, that’s because you’re doing good and good things are coming from it — and Satan hates that.” She added, “It’s so important to always do this with love.”

Park encouraged pro-life high school and college students not to be fearful of speaking out. “Dignity and respect for humanity have gone out the window in our culture. We need to bring those back… I had to decide whether I wanted to be popular with God or in the world’s eyes. Which team do you want to be on? I think you have to ask yourself, ‘Who do you want to be?’

READ: Pro-life in Italy: Deaf since birth, I’m now fighting for the right to life of people like me

She also encouraged parents to guide the conversation when their young children start to hear about abortion from the culture, suggesting that children need their parents “showing them the truth from a young age.” When Park was in the fourth grade, she heard about abortion during sex ed and asked her mom about it. Her mom asked her, “Do you want to know what abortion is?” She then showed Park several brief videos (similar to Live Action’s Abortion Procedures videos) of what actually happens during an abortion.

Park is currently a freshman at Baylor University, studying Biology on the Pre-Med track with plans to become a pediatric surgeon someday. Her goal is to “speak about my story, to inspire kids and teach them to be better [at giving pro-life witness] than I have been,” and to do so from a place of love.

“Everything I’m doing is for love,” she said. “There is no condemnation, there is no hate… My whole life, I’ve loved children. That’s why I chose to be a peer tutor for students with special needs in high school. It’s why I wrote a lullaby ‘Listen, Can You Hear Them.’ I just want the world to let little kids be born so that we can see them smile, hear their laughs. How many names will we never know [because they have been aborted]?” When children are aborted, she said, “It’s love that we’re missing out on.”