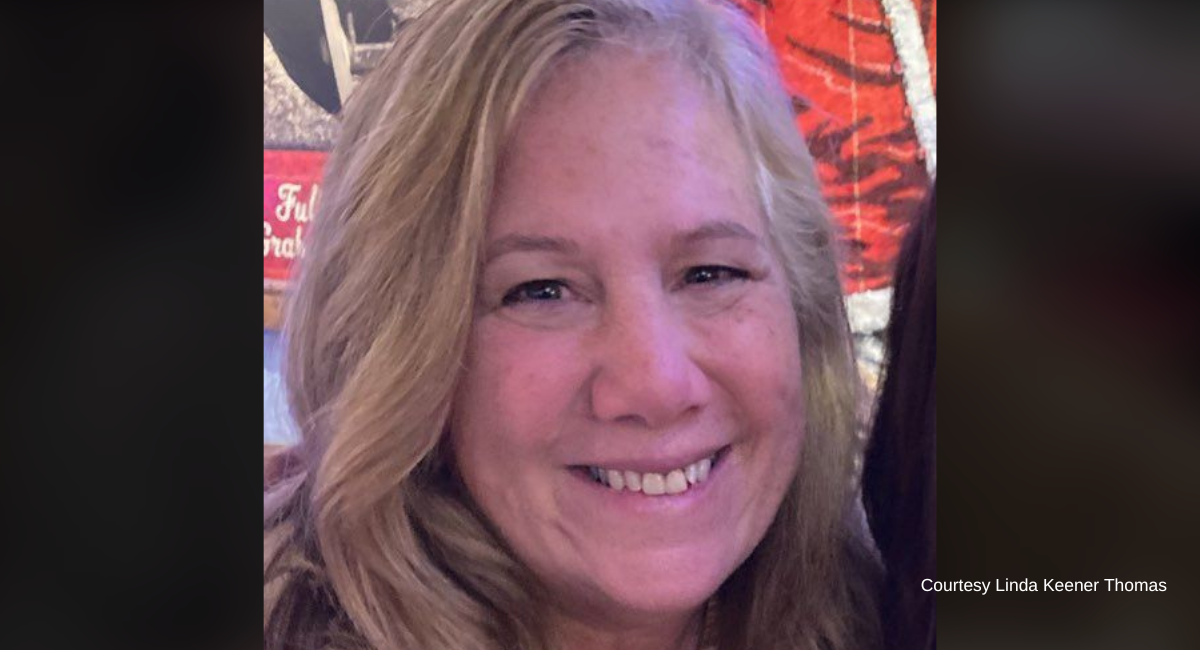 Raised with a strong Christian foundation by two loving parents, Linda Keener Thomas was expected to remain chaste until marriage. Yet the 18-year-old college honor student found herself grappling with an unplanned pregnancy. While her boyfriend wanted to marry her, Thomas resisted, wanting instead to first pursue a career.

Thomas told Live Action News, “I knew my parents would be horrified knowing I was considering abortion. But I couldn’t even tell them I was pregnant; I was so ashamed. I had an inner struggle going on so by the time I decided to go ahead with the abortion, I was 22 weeks pregnant and was referred to the hospital for a saline injection.”

As her boyfriend drove her to the hospital, she prayed silently there would be no openings for her to have the procedure. But when her boyfriend came back to tell her there was a slot available, her heart sank.

“I felt numb walking into the hospital,” Thomas said. “It felt as if it was someone else was going through the motions, like an out-of-body experience. When the doctor injected the saline into my womb, I could feel the baby move about and I screamed for the doctor to stop, but the nurse told me it was too late.”

The nurse tried to calm her by telling her it wasn’t a baby she was carrying, reminding Thomas of her goal of finishing college.

Thomas said, “The next morning, I delivered my dead baby. The medical staff wouldn’t allow me to look but I believe it was a boy.”

Struggling for some normalcy, Thomas returned to college and her routine, but the guilt, shame, and grief from her abortion trauma were overwhelming.

“I’d wake up at night, hearing a baby crying and get up, frantically trying to find the source of the cries,” Thomas said. “Eventually, I turned to alcohol and drugs to numb the pain.”

By then, Thomas had ended the relationship with her boyfriend. Broken and drug-addicted, she eventually dropped out of college, spending her days holed up in a drug house. A chance to enroll in a Bible school in western Canada put her back in touch with the loving God she had abandoned.

Thomas said, “I was re-discovering a merciful God who could wipe away sin and forgive my indiscretions. But I didn’t tell anyone at school what I had done. I was dealing with my guilt alone.”

Neither did Thomas confess to her parents, but when her ex-boyfriend traveled to Chattanooga where her parents lived, he stopped to visit them and inadvertently revealed her closely held secret. As Thomas prepared to fly home for the holidays, she received a call.

Thomas said, “My dad called and offered to drive me from Chicago, my hometown, to Chattanooga for the holiday break. It was during that trip that my dad told me he knew. I asked for his forgiveness and learned my parents had held a private healing service for their grandchild.”

While Thomas reconciled with her parents, she continued to cry out for forgiveness.

“During prayer, God told me deep down inside that Jesus’ death covered my sin,” Thomas said. “All I had to do was to accept the forgiveness that was offered.”

READ: A ‘severe’ fetal diagnosis, an experimental surgery… and a miraculous outcome

When Thomas relocated to Chattanooga, she became the director of a newly formed pregnancy center where she learned the importance of grieving in the healing process. She enrolled in a Forgiven and Set Free program and was finally able to make peace with the child she had aborted years ago. God would soon open a new chapter in her life.

One day, several area pro-life groups hosted a large rally. A hearse was rented, and a funeral procession made its way to the city’s abortion facility where 36,000 babies had perished. Those who had lost a child through abortion were invited to place a rose in front of the facility in memoriam. Churches formed teams to pray in the parking lot of the facility. A new purpose for the facility was set into motion when the owner of the building went into bankruptcy and the abortionist attempted to purchase it.

Thomas said, “Several pro-life groups got together, and we went to court and outbid the abortionist. The bankruptcy judge had no choice but to award the building to us. It was not a moral ruling; he just wanted to get the most money out of the bidding war.”

Half the newly-acquired building was remodeled to use for the pregnancy support center and the other half was bulldozed with no purpose in mind, until one day when a lone brandy snifter holding a single rose and a note pleading for forgiveness was spotted among the building ruins.

“It was providential, now we knew God’s plan for that section of the building,” Thomas said. “Our team decided to redeem the land where the abortions were performed. So, we built a 50-foot granite wall to memorialize the preborn killed in abortions and to facilitate healing by allowing women and men to grieve their losses.”

Thomas said, “Since the overturning of Roe, we’ve been getting so many calls from those seeking a way to grieve and to heal. The memorial is especially critical for men who often have no outlet in which to get closure.”

Currently, Thomas teaches the Forgiven and Set Free program and has re-joined the organization’s board. A project is underway to create a virtual wall experience online for those unable to visit the Chattanooga location.

“We hope to provide an amazing experience for virtual visitors to see the wall and read the plaques,” she said. “God transforms what is evil into good by paving the way to provide healing to hurting people.”