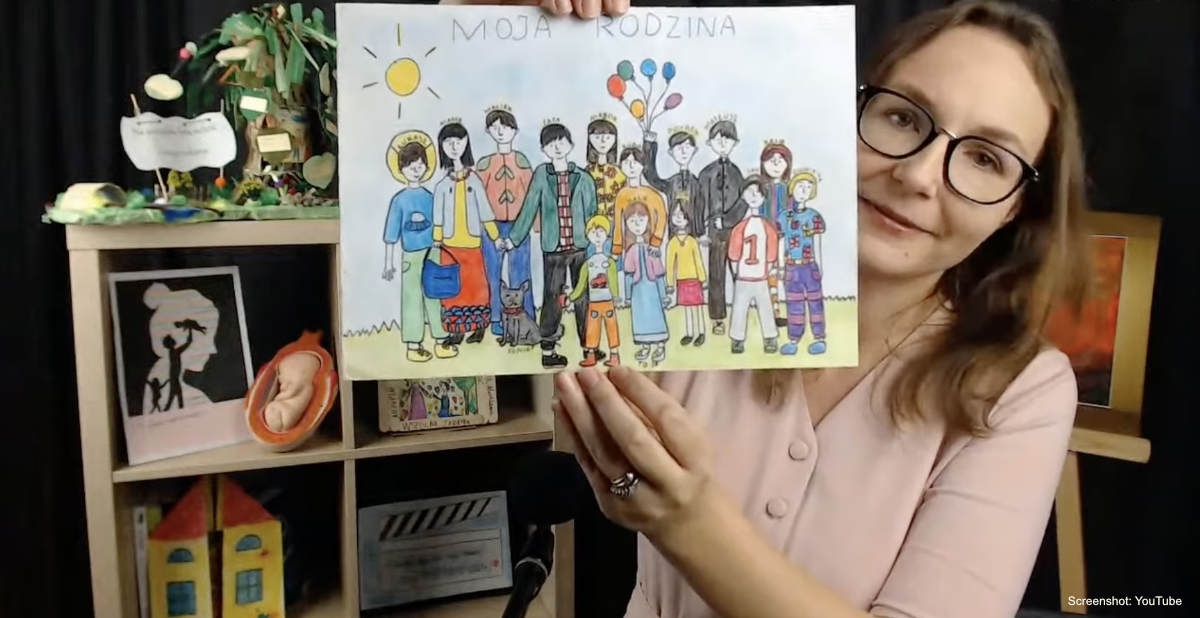 A Polish pro-life coloring contest for children received a record number of entries this year, the third year the Polish Association of Human Life Defenders held the contest. This year’s theme was, “At the beginning there was love – my family.” This year the stakes may have felt a little bit more intense for the organization than in years past.

Poland, a majority Catholic nation, has been under fire recently for its laws protecting preborn children — including those with disabilities — from abortion. In January of this year, as the BBC reported, a “near total abortion ban” went into effect in the pro-life nation, despite the protests of the abortion lobby.

The BBC article notes that “[a]bortion is now allowed only in cases of rape or incest or when the pregnancy threatens the life of the mother,” and Poland’s move to protect preborn children from deadly discrimination led to many angry protests by pro-abortion citizens.

But many citizens of the country love life, and this drives the annual Polish coloring contest, shining through in the art that the children of Poland create each year. Though some may perceive a pro-life ideology as being “anti-abortion” — the results of the children’s creations show they feel that being pro-life means valuing family, because that is where life begins. As the contest theme says, “At the beginning there was love – my family.”

According to the Polish Association of Human Life Defenders’ page website — via Google Translate — the objectives of the competition are “encouraging parents and educators to talk to children about the value of the family in their lives; emphasizing the importance of parents and family in shaping the personality of each person; [and] developing children’s artistic talents.”

In a YouTube video, Magdalena Guziak-Nowak, the director of education for the Polish Association of Defenders of Human Life and also the director of the coloring contest, introduces the young artists and displays their creations. While the video itself is in Polish, one does not have to understand the language to understand the sentiment. It is amazing and uplifting to see the children with their art — far more than just “coloring” — and marvel at the way their young minds perceive the miracle of family creation and value.

Guziak-Nowak told SBS Dateline, “We want from the very beginning to raise children’s awareness about the value of human life and show how valuable family is… This is the idea behind this anti-abortion competition. These competitions show the beauty of life.” The director also noted that the students were even able to earn school certificate credit for entering.

“The most important thing for a child or a teenager is not to know what abortion is but to build a foundation… how beautiful family life is, and this is the basis on which we can build the rest,” Guziak-Nowak said.

The children’s artwork can be viewed here (names shown below):