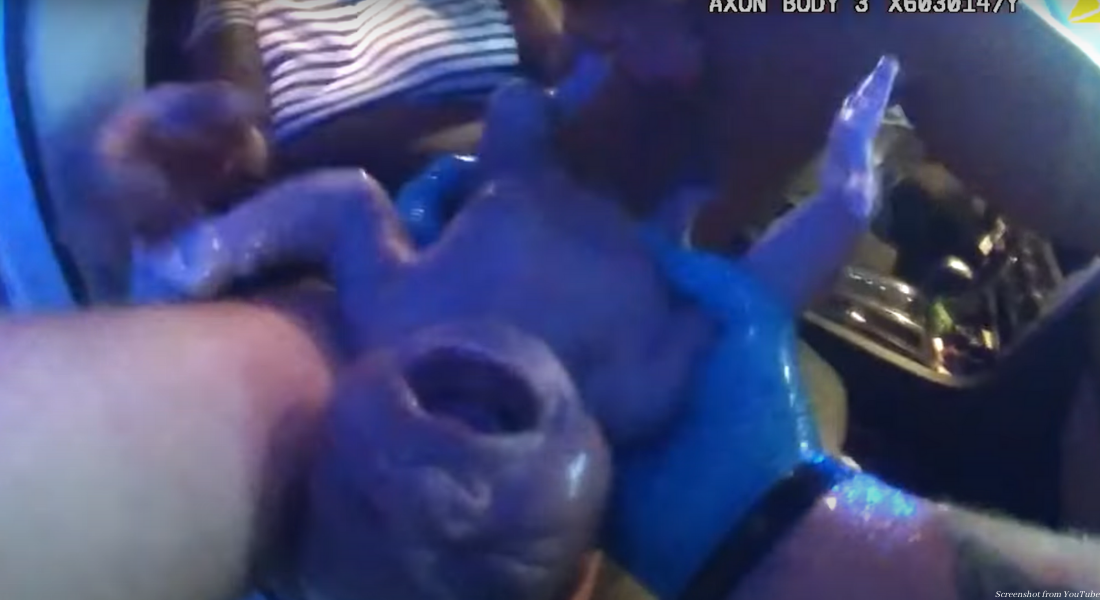 Just two years into a law enforcement career, Deputy Jordan Ream of the police force in Hillsborough, Florida, certainly didn’t expect to respond to a call to help deliver a baby, much less at a 7-Eleven convenience store. But that’s exactly what happened just before 5:30 am on Tuesday, August 17. Ream responded to a frantic call placed by a man whose wife was in active labor in a 7-Eleven parking lot. The husband doubted that the couple would make it to the hospital in time.

At the scene, as shown in a YouTube video clip from bodycam footage, Deputy Ream sprang into action once arriving at 7-Eleven. As he approached the car, the husband could be heard saying that the baby’s head was crowning. Ream repeatedly reassured the mother as she pushed, and a moment later, cries were heard as a baby boy was born. Ream caught the baby, and immediately placed him on his mother’s chest for skin-to-skin contact. He quickly stepped back for fire and rescue personnel to take over. Mother and baby were subsequently transferred to a local hospital, where both are doing well.

The video footage also shows the beaming father thanking Deputy Ream. “That was you?” the father says. “Thank you, man, I really appreciate it. I really, really appreciate it.” Smiling and shaking his head, he adds, “I was about to lose my mind,” while the other deputies laugh in appreciation.

Speaking about the incident, Ream told a local news station that when the call came in, “In my head I was like, well one of us is about to deliver a baby.” He described his role in the impromptu delivery. “I was just making sure she was calm, and she was doing great — just kept pushing and keep doing what she had to do. I think I was telling myself to keep calm at the same time,” he said. Ream called the early morning delivery the “number one” call of his career.

In a press release from the Hillsborough County Sheriff’s Office, Sheriff Chad Chronister commended Deputy Ream’s efforts. “Without hesitation, Deputy Ream jumped into action to assist this mother in labor,” he said. “While a car is hardly a place anyone would want to give birth in, Deputy Ream repeatedly reassured the new mom that she was in good hands. Immediately, his training kicked in and he was able to deliver the healthy baby while keeping mom safe too. I wish Mom, Dad, and their new baby boy all the happiness. Congratulations!”