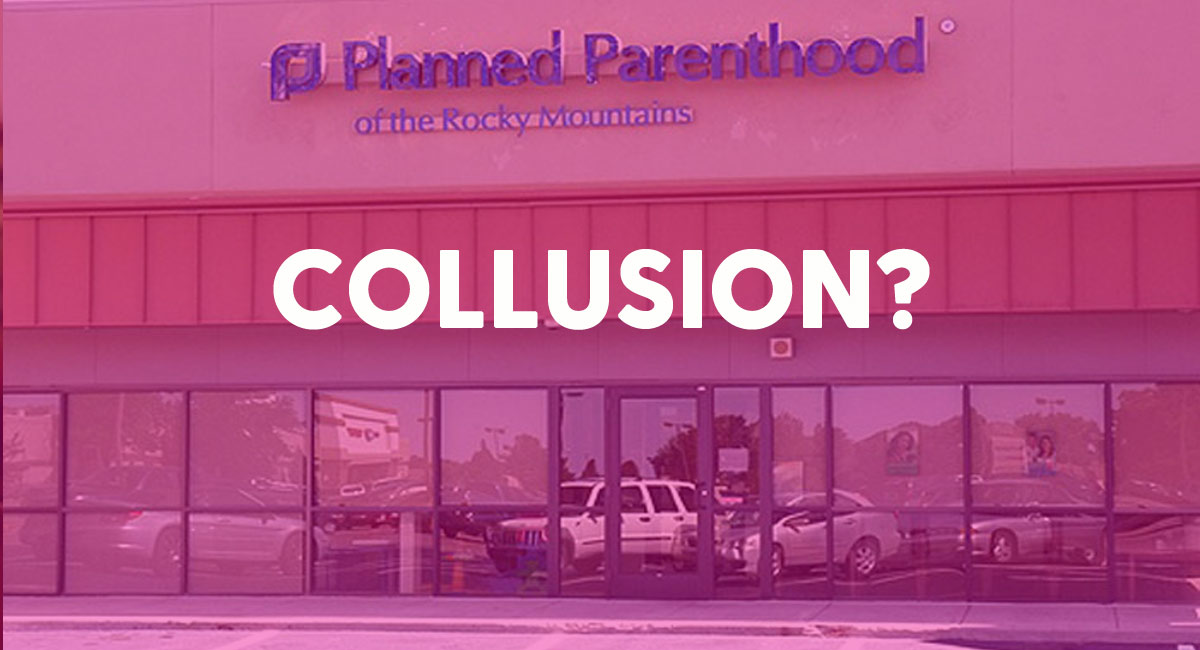 Multiple states have put a travel ban into place in protest of pro-life laws, with Colorado as the latest example. In protest of Alabama’s new abortion law, Colorado state employees are banned from traveling to Alabama for work purposes — but what sets Colorado apart from other states is that they collaborated with Planned Parenthood first.

Draft of what we are thinking attached. LMK thoughts/edits. If you could turn around as quickly as possible that would be great because SOS wants to move fast.

9News also obtained screenshots of the exchange, which included edits and changes from Planned Parenthood. Their changes included removing the phrase “right to choose,” with Phillips noting, “We don’t recommend using right to choose/pro-life/pro-choice language anymore, all polling indicates it is further polarizing and turns folks off.” Phillips also recommended a sentence be removed, which discussed a training seminar Griswold plans to attend. “Is this line necessary?” Phillips asked in her note. “I had to read it 3-4 times and I am not sure it is adding much to the information media need to know.” 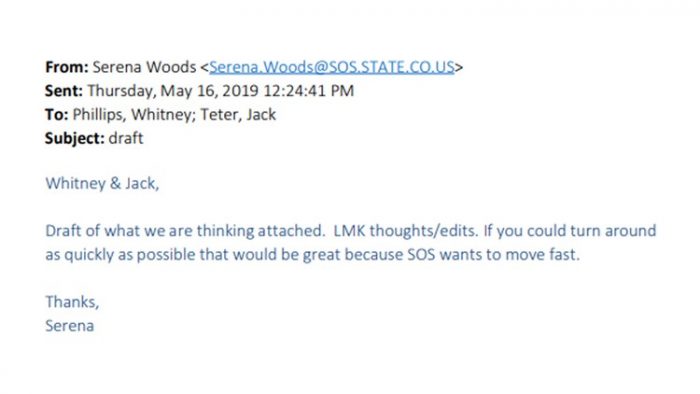 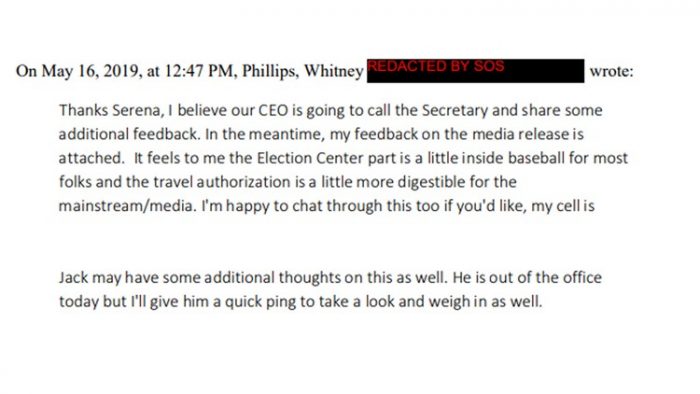 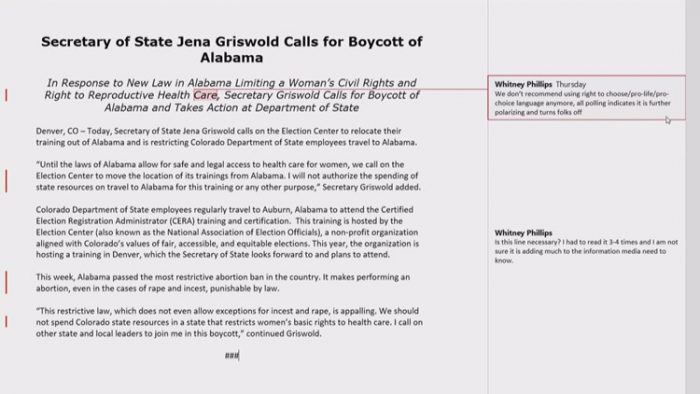 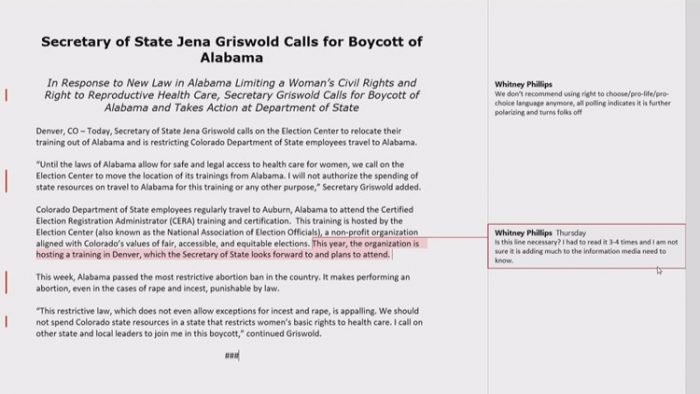 It is hardly unusual for Planned Parenthood to meddle in politics; the corporation was behind California’s new law forcing churches to fund abortion, with e-mails revealing that Planned Parenthood acted with the California Department of Health and Human Services in both the writing and implementation of the law. They’ve also been caught in multiple campaign donation violations, and have colluded in numerous other political ventures as well, including the California case against David Daleiden, the undercover investigator who exposed Planned Parenthood’s illegal selling of the body parts of aborted babies.

The question is, how many Americans know their elected officials are acting at Planned Parenthood’s whims?

9News reached out to Griswold for a statement, and after criticizing the Alabama abortion law, she justified her decision to consult with Planned Parenthood.

“As a woman in statewide elected office, it’s important to me to pay attention to issues affecting women,” she said in her statement. “My office periodically travels to Alabama, and I decided to no longer use state resources to do so while this unconstitutional law is in place. I consulted with Planned Parenthood about this decision, as they are one of the largest providers of, and leading experts on, women’s health care. We should not use Colorado state resources in a state that restricts women’s basic constitutional rights in this way.”

Phillips was also interviewed about the issue, with 9News questioning if it was appropriate for Planned Parenthood to provide editorial feedback on a press release from the Secretary of State. “Yes of course,” she responded. “PP (Planned Parenthood) provides messaging guidance around abortion. That is our job as reproductive health experts.”

The collusion was discovered by former Deputy Secretary of State Suzanne Staiert, who told 9News, “There was some social media postings from people in the office about having been asked to do things that were unethical or things that they weren’t comfortable with, I did the (open records request), actually, to find out, were there talking points that were passed out to employees asking them to defend this position.”

Staiert continued, “Whether you agree with Planned Parenthood’s platform or not, I think we can all agree that we should not have our policies in the state dictated to us by special interest groups and lobbying organizations. I don’t think it’s appropriate. I don’t think it’s ethical. I think it’s wrong.”