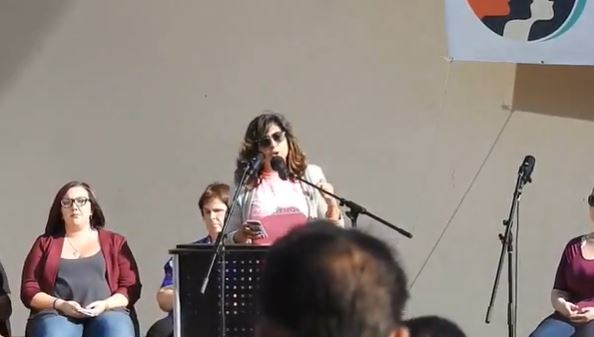 A Democrat serving in the Florida House of Representatives has introduced a bill that would overturn three of the state’s pro-life laws, claiming they’re based on politics, and not good medicine. Yet this Democrat is hardly unbiased. Anna Eskamani, of Orlando, is new to politics; before that, she worked for none other than Planned Parenthood itself.

Before pursuing a career in the State House, Eskamani worked as the Senior Director of Public Affairs and Communications for Planned Parenthood of Southwest and Central Florida. She was also a keynote speaker at the 2017 Women’s March in Orlando, where she gave a speech touting her work with Planned Parenthood as well as her support for abortion.

Eskamani now says that HB 6704 is needed because regulations should be based on science. So she wants to overturn Florida’s 24 hour waiting period law, get rid of state limits on taxpayer funding for abortion organizations, and nix laws that allow patient records to be reviewed during abortion facility inspections. “No other medical provider goes through the same kinds of hoops that abortion providers go through in the state of Florida,” she told WTSP.

Currently, several pro-life bills are being considered in Florida, including a bill that would ban abortions based on Down syndrome, ban abortions after a heartbeat can be detected, and require parental consent for a minor to get an abortion. Eskamani also opposes these laws, bringing into question what regulations, if any, she would be willing to support. Eskamani specifically told WTSP she fears parental consent laws the most, claiming it would “redefine” privacy laws in Florida.

“More and more attacks are coming our way and it’s important that we don’t just surrender,” she said. “Winning is not measured by passing a bill. It’s measured by how hard we fight.”

Though Eskamani claims abortion regulations shouldn’t be based on political bias, as a former Planned Parenthood staffer, she’s hardly free of bias herself. In fact, it seems likely that her background is exactly what blinds her to the fact that most people support the same pro-life laws that she opposes.

Polling has repeatedly shown that most people favor heavy restrictions on abortion; in fact, only 12 percent of Americans want abortion to be legal, on demand, at any time, with taxpayer funding, and no restrictions. Gallup, for example, has found that regulations like waiting periods and parental consent laws are actually very popular.

It’s no surprise, though, that someone who worked in the abortion industry would ignore all of that in favor of ensuring that abortion will remain as widespread and commonplace as possible — even if it’s against what the American people want.