A few days ago, a friend handed me a letter. 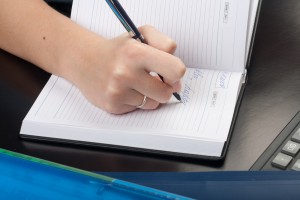 The letter started out, “If you have any doubt that standing up for what you believe in matters,” and went on to describe a scenario in which a young woman “walked defiantly” past pro-lifers outside a Planned Parenthood clinic, simply for the purpose of “personally deliver[ing] a donation to the receptionist.”

We need you to stand with us as we push back against organized efforts to do away with Planned Parenthood altogether. Disrupting health centers isn’t enough…now they want to deny women access not only to affordable birth control, but also to cancer screenings, pre-natal care, and every other preventive health care service Planned Parenthood offers. …

What Planned Parenthood isn’t saying is that it is the largest abortion provider in the nation. (I would say the world, but that distinguishing non-honor belongs to the Chinese government.) Nowhere in these paragraphs – or in the entire letter – was the word “abortion” mentioned.

Mentioning “pre-natal care” in its health services list while failing to mention abortion is mockery at its finest. Could it be because even Planned Parenthood knows that abortion is not a “health care service” at all, but instead a death sentence?

Odd, too, because Planned Parenthood’s 2012-2013 annual report lists a total of 19,506 prenatal services compared to 327,166 abortions performed. Nearly seventeen times the number of abortions were performed, but this “service” doesn’t merit a mention – even to possible members?

Of course, claiming that pro-lifers want to deny women access to prenatal care is the height of irony – as well as a flat-out lie. Last time I checked, pro-lifers are the ones who run pregnancy resource centers that exist for the very purpose of providing prenatal care and enabling women to locate any necessary resources that the center can’t provide.

Quite a bit different from Planned Parenthood. When my good friend went into a PP clinic to ask about getting prenatal care, she was turned away with a (disconnected) number and an admonishment that they couldn’t help her if she wanted to keep the baby. Does that count as a “prenatal service,” Cecile?

“Infertility information” is another good one. Take a guess at how often that “service” is provided, especially compared to abortion, the unmentionable. In fact, the word “infertility” is so important to Planned Parenthood that it doesn’t even make it into the 2012-2013 annual report.

One of the tamer results when doing a Google image search of “abortion.”

I could go on with the membership letter…claims that women have nowhere to turn but to Planned Parenthood (empowerment, eh?); that pro-lifers are “anti-choice agitators” (wasn’t “agitator” a name once assigned to Martin Luther King, Jr.?); and that Planned Parenthood has “worked to … advance the right of women to make their own informed and responsible choices” (hmmm…since when were outright lies considered information, and since when was murdering a child you helped to create considered responsible?).

But perhaps Planned Parenthood shies away from the very word “abortion” because of what abortion truly is. It’s an inescapable and brutal reality. And it’s one that all Americans – potential members of Planned Parenthood or not – must be made aware of.

Want to read about what abortion really is? Go here (and read the links within the article).

Want to see what abortion really is? Go here or here (and read the description below the video).