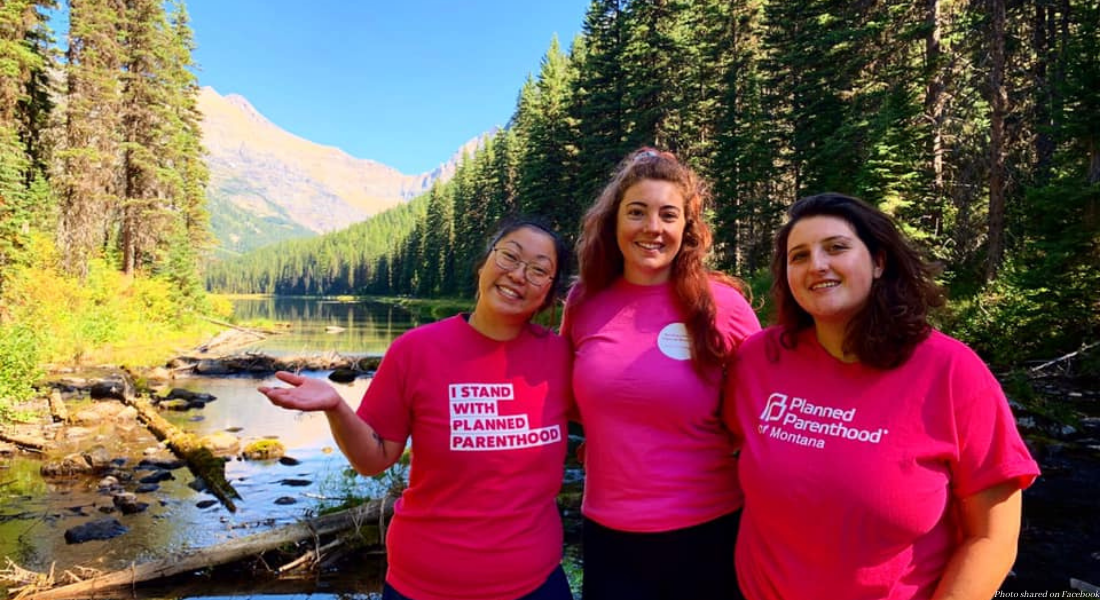 A lawsuit filed Monday in the Yellowstone District Court by Planned Parenthood of Montana seeks to block three new pro-life laws from taking effect, and claims a fourth piece of legislation is unconstitutional.

Live Action News previously reported on Governor Greg Gianforte’s April signing of three of the new pro-life bills. HB 140 requires that pregnant women be offered a chance to view an ultrasound before they have an abortion. HB 136, also known as the Pain-Capable Unborn Child Protection Act, bans abortions after 20 weeks. And HB 171 requires true informed consent, including an in-person office visit to sign a form acknowledging understanding of possible side effects, before a woman can be given chemical abortion pills. The fourth bill named in Planned Parenthood’s lawsuit is HB 299, which “prohibits state health insurance plans sold through the federal exchange from including abortion coverage” according to the Montana Free Press. The bill died in the Senate’s Standing Committee for Public Health, Welfare, and Safety on April 29th.

Planned Parenthood’s lawyers are arguing that all four laws violate a woman’s right to privacy regarding her personal medical decisions as provided for by the Montana state constitution, according to the Montana State Supreme Court’s interpretation in the 1999 case Armstrong v. State. According to the Planned Parenthood filing, “These laws are nothing more than poorly disguised attempts to chip away at Montanans’ access to safe and constitutional abortion. They will reduce the number and geographic distribution of locations in Montana where women can access safe and effective abortion care.”

Planned Parenthood of Montana further takes issue with the cumulative or collective effect of the four laws taken together, claiming, “Working together, the laws take aim at the full scope of abortion care the Montana Constitution guarantees — creating obstacles that operate to push women seeking abortion later into pregnancy and then cutting off access to abortion at an earlier gestational age.”

Planned Parenthood of Montana President and CEO Martha Stahl commented, “I’ve been referring to this as sort of ‘the squeeze,’ because we have two laws that squeeze access to abortion early in pregnancy and then later in pregnancy. They also work with the other two laws that talk about creating obstacles, basically, to getting care, whether that’s through the ability to use insurance or having to go to more appointments.”

Pro-life Republican Attorney General Austin Knudsen said in a statement that the laws represent the views of Montana voters, who roundly reject Planned Parenthood’s “extreme pro-abortion positions.” He further commented, “I look forward to defending these clearly valid statutes and to protecting the lives of the unborn.”

Representative Sharon Greef, who sponsored HB 171, noted that the bill requiring multiple in-person office visits before a woman can receive the chemical abortion pills protects women from being coerced into abortion by abusive partners or sex traffickers. “I don’t even think of it really as an anti-abortion bill,” she said. “This is a bill that protects women.”

Responding to allegations that the new law particularly burdens rural women seeking to obtain chemical abortions, Greef noted that the protections are in place for a reason, as an in-person ultrasound can detect potentially serious risks to the mother.

Montana abortion advocates ultimately anticipate an upcoming challenge to the 1999 Montana State Supreme Court’s ruling in Armstrong v. State, which found that when it comes to legislating against abortion “the legislature has neither a legitimate presence nor voice in the patient/health care provider relationship superior to the patient’s right of personal autonomy.” The ruling has been broadly applied as guaranteeing a woman’s right to obtain an abortion without restrictions because of her allegedly state constitutionally-protected ‘right to privacy.’ The court further ruled that “the state’s infringement of personal autonomy [by enacting anti-abortion legislation] is not only constitutionally impermissible, it is, as well, intellectually and morally indefensible.”