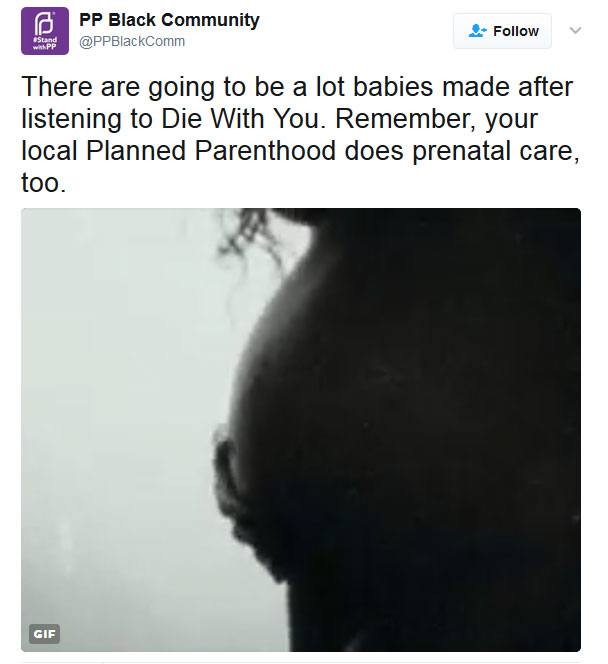 It is not merely that Planned Parenthood lies about its services. On one hand, the abortion giant jokes about a pop star’s song encouraging pregnancies (a pop star who is pregnant with twins), while on the other hand, the organization commits 34.9 percent of abortions in the United States, and is a national and world leader in abortion.

For the organization that is responsible for the death of so many innocents, sadly, nothing is surprising.