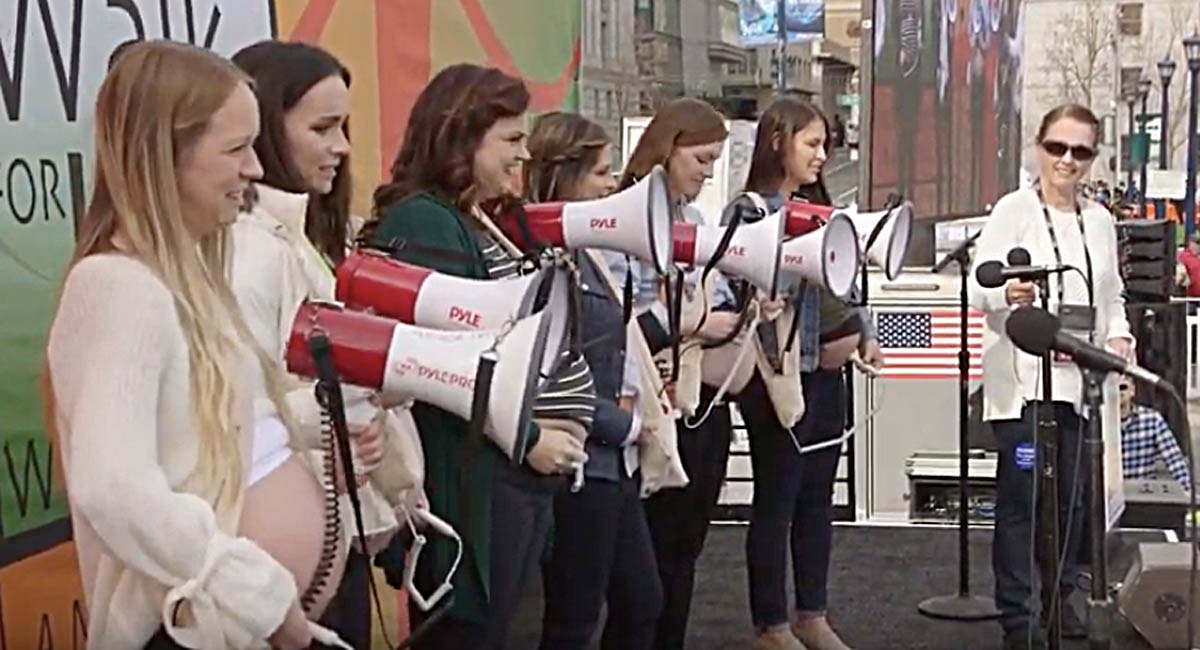 Tens of thousands of people flooded downtown San Francisco on Saturday as they gathered to support the rights of the unborn. At least 50,000 people showed up to the 15th Annual Walk for Life, the second largest pro-life march in the nation, in a land with some of the most liberal pro-abortion legislation in the nation, but also some of the most robust social welfare. With signs declaring, “I Am the Pro-Life Generation” and “Women’s rights begin in the womb,” they stood together for equal rights for the unborn.

As part of the event, seven pregnant women, including two former Planned Parenthood workers, stood on a stage in San Francisco’s Civic Center Plaza, placed microphones to their bellies and broadcast their babies’ heartbeats with megaphones. Abby Johnson, who made headlines in 2009 with the story of her leaving Planned Parenthood due to a pro-life conversion and dramatic and very public embrace of the pro-life movement, stood on the stage next to Patricia Sandoval. Both women formerly worked at Planned Parenthood, and described themselves as having had several abortions. These “babies saving babies,” as one tweet described it, were a “thundering repudiation of the Culture of Death.”

Sandoval and Johnson also spoke at the march, along with Fr. Shenan Bouquet of Human Life International (HLI), and Rev. Walter B Hoye II of Oakland, a nationally-renowned black pro-life leader, who, according to his bio on the Walk for Life’s website, “addresses the ‘Pro-Life Movement’ with special emphasis on the impact of ‘Abortion in the Black America’, ‘Personhood’ and the ‘Role of Men Meeting the Physical and Spiritual Needs of Women,’” according to his biography on the event’s website. Hoye is one of the original founders of the event.

As part of the event, Archbishop Cordelione celebrated Mass at St. Mary’s Cathedral and gave a special papal blessing to those associated with the march. “What we are about today is part of a much bigger picture,” he said in an his homily delivered to the 4,000 Catholics in the Cathedral. “Respect for life in the womb is not an isolated cause, but more like a golden thread that weaves its way all throughout a beautiful tapestry.”

The event is held every year close to the January 22 anniversary of Roe v. Wade. This year marked 46 years since the infamous court decision.