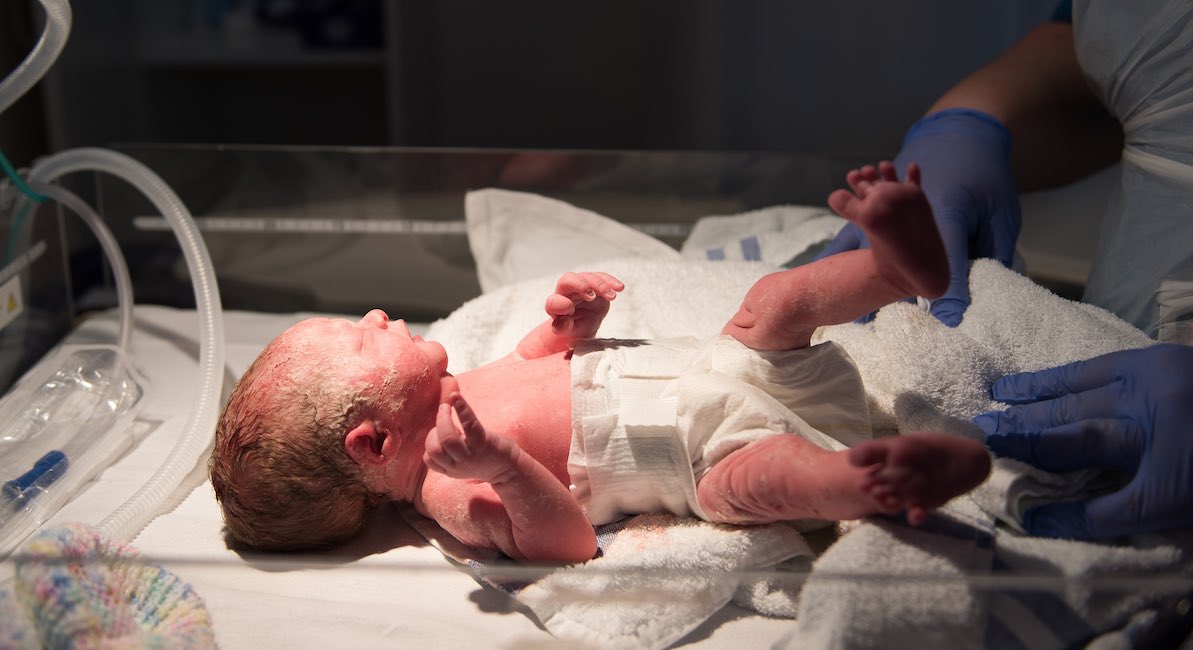 A woman who visited a Planned Parenthood facility in St. Paul, Minnesota, for a late-term abortion at 22 weeks gestation has said that the abortionist admitted that if her baby was born alive, they “would break the baby’s neck” in order to kill him. Not only would this go against the Hippocratic oath of “do no harm,” as abortion itself does, but breaking a baby’s neck outside the womb would also be a violation of federal and Minnesota state law.

In a video published by Pro-Life Action Ministries (you can watch it below), the woman says she was scared when she went inside the clinic for an abortion at 22 weeks and one day (roughly five-and-a-half months) gestation. Yet no staff member offered her any comfort, and she wasn’t allowed to bring anyone in the room with her.

The woman was told that the Dilation and Evacuation abortion would take two days. However, the abortion staff did not explain the details of the abortion procedure — specifically that the abortion would require a needle to be inserted into her baby’s heart in order to stop it. Former abortionist Dr. Anthony Levatino explains a D&E abortion in the video below:

“Before that shot, I had no idea that they did that to the baby,” the Planned Parenthood client explains. “I think knowing that the baby had to get that shot, I think that’s enough to change someone’s mind, so maybe they didn’t tell me beforehand that was going to happen.”

After struggling to insert the needle into the baby’s heart, the abortionist said he found the baby and had completed that portion of the abortion. However, the mother found out later that the abortionist had missed his target.

She was to return the next day to finish the procedure, but through the course of the night, she decided she no longer wanted to go through with it. She returned to the clinic to tell them she didn’t want the abortion.

“I just told them that I want those dilators out, and I’m gonna go home,” the woman explains. “I’m not gonna go along with this abortion. I told them that: ‘Let me just get an ultrasound. If the ultrasound says that the baby’s okay and his heart rate is strong, then I don’t want to proceed with the abortion’.”

Thankfully, the ultrasound showed that her preborn baby was still alive, and that her little boy was strong and active. She told the two abortionists:

Since he’s still alive and still active, if you guys were to take him out right now while he’s still… his heartrate is still going, what would you guys do? She looked at him [the other abortionist] and she looked back at me and she was quiet just for a little bit […] And she told me, “We don’t tell women this […] but if we was to proceed with the abortion and the baby was to come out still alive and active, most likley we would break the baby’s neck.”

Federal law states that “the words ‘person, ‘human being,’ ‘child,’ and ‘individual,’ shall include every infant member of the species homo sapiens who is born alive at any stage of development.” Minnesota state law agrees:  “A born alive infant as a result of an abortion shall be fully recognized as a human person, and accorded immediate protection under the law. All reasonable measures consistent with good medical practice, including the compilation of appropriate medical records, shall be taken by the responsible medical personnel to preserve the life and health of the born-alive infant.”

Shocked that the Planned Parenthood abortionist would have broken her baby’s neck and disturbed by the details of what abortion is, the mother told them to remove the dilators. The abortionists told her that there was a possibility her baby’s heart was going to stop anyway, though their basis for this is unclear, and they urged her to go through with the abortion. The woman says it was as if they were trying to sell her the abortion like a pushy salesperson would sell a product. Deciding saving her son’s life was worth any risk, she had Planned Parenthood staff remove the dilators and, thankfully, her son is now born. She had checkups every week throughout her pregnancy, and her son is perfectly fine.

“I couldn’t ask for more of a blessing than ever that what they told me about the shot and how he wasn’t gonna make it more than 48 hours and things like that, it wasn’t true,” the woman explains on tape.

Pro-Life Action Ministries is asking all pro-lifers to share this video and to contact their U.S. Senators, telling them to defund Planned Parenthood in the new health care law.