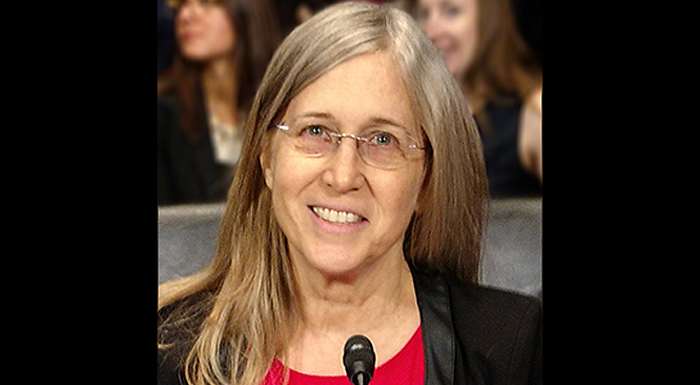 Some of the most powerful testimonies in the pro-life movement come from former abortionists. These are doctors who have committed abortions, sometimes thousands of them. They know more about abortion than anyone else. Like former abortion workers, they were insiders in the abortion industry and have seen everything that goes on in abortion facilities. One former abortionist, Kathi A. Aultman, has dedicates her life to protecting the preborn.

She has testified in support of pro-life legislation before Congress. Most recently, Aultman testified in favor of the Heartbeat Protection Act. Introduced on January 12, 2017, the bill would ban abortions after the fetal heartbeat can be detected. The fetal heartbeat starts early, perhaps as early as 16 days after conception. But it cannot be reliably detected until about six weeks. So the Heartbeat Protection Act would prohibit abortions after six weeks of pregnancy, making most abortions illegal.

Aultman was a dedicated pro-choice feminist when she entered medical school. She strongly supported legal abortion. She says:

At the time I entered medical school I believed that the availability of abortion on demand was an issue of women’s rights. I felt that a woman should have control over her body and not be forced to bear a child she didn’t want. My commitment to women’s issues was strengthened as I was exposed to the discrimination inherent in medical school and residency at that time, and to the plight of the indigent women we served in our program. I also believed it was wrong to bring unwanted children into an overpopulated world where they were likely to be neglected or abused.

She became an abortionist, and later became a medical director for Planned Parenthood.

READ: Former Planned Parenthood manager speaks: ‘It takes a part of your soul’

Besides her pro-abortion philosophy, Aultman gives two other reasons why she became an abortionist:

I also could make a lot more money doing abortions than I could make working in an emergency room. I enjoyed the technical challenges of the procedure and prided myself on being really good at what I did.

She was not bothered by seeing the remains of aborted babies. In fact, she found them fascinating. Aultman says:

After each procedure I had to examine the tissue carefully to account for all the body parts to make sure nothing was left to cause infection or bleeding. I was fascinated by the tiny but perfectly formed intestines, kidneys, and other organs and I enjoyed looking at their amazing cellular detail under the microscope. I realize it is hard to imagine someone being able to do that and be so detached but because of my training and conditioning a human fetus seemed no different than the chick embryos I dissected in college. I could view them with strictly scientific interest devoid of any of the emotions with which I would normally view a baby. I wasn’t heartless, I just had been trained to compartmentalize these things.

From 13-24 weeks, the most common abortion procedures is known as a D&E. Another former abortionist, Dr. Anthony Levatino, explains this procedure in the video below:

So great was Aultman’s ability to distance herself from what she was doing that she even committed abortions while pregnant. In her mind, committing abortions while nurturing her own preborn child was not inconsistent. She thought that since her baby was wanted, he or she deserved to live. Unwanted babies, on the other hand, had no rights. Aultman made a strong distinction between wanted and unwanted babies. In fact, when women came to her with miscarriages, she mourned with them for their lost children, because those children were wanted. It was, therefore, tragic that they did not survive.

But after Aultman’s baby was born, three things happened to make the abortionist question what she was doing. These three things eventually led her out of the industry. Aultman describes these events in her own words:

[I] was confronted with three cases that broke my heart and changed my opinion about abortion. In the first case I discovered that I had personally done three abortions on a girl scheduled that morning. When I protested about doing the [fourth] abortion, I was told by the clinic staff that it was her right to choose to use abortion as her method of birth control and that I had no right to pass judgment on her or to refuse to do the procedure. I told them it was fine for them to say but that I was the one who had to do the killing. Of course she got her abortion and despite my urging she told me she had no desire to use birth control.

The next situation involved a woman who when asked by her friend if she wanted to see the tissue she replied “No! I just want to kill it!” I was taken aback by her hostility and lack of compassion towards the fetus.

In the third case, Aultman encountered a man who pressured his wife into having an abortion. The woman eventually agreed to the abortion and it was committed, but the woman was distraught:

Her husband didn’t feel they could afford another, and she cried the entire time. I think the callousness and hostility of the first two compared to the sorrow and the devastation of the third woman – I think that comparison made me understand that just because the child wasn’t wanted, that was no longer justification enough for me to do the procedure.

With the line between wanted and unwanted blurred, Aultman began to question her career as an abortionist. She began to have major doubts about what she was doing, and stopped committing abortions.

Looking back on her time in the abortion industry, Aultman reflects on how few doctors do abortions for very long:

Around this time, Aultman had a religious conversion. She became a born-again Christian. She remained deeply troubled by the number of children she had killed, but her Christian faith brought her some healing. Still, she has deep sadness for the babies that she killed. Aultman compared herself to a serial killer. “I probably murdered more people than Ted Bundy or any of the mass murderers if you consider all the abortions that I did,” she says.

She also mentions another thing that troubles her:

One of the most wonderful things for an OB-GYN, is to meet a child they delivered or that child’s child. That is such a joy. But it’s bittersweet because I think about all the people I will never meet because I aborted them.

Aultman is now retired and has dedicated for the rest of her life to fighting abortion. She now sees abortion for what it is – the killing of a human child in a very early stage of development. By her testimony, she hopes to change the hearts and minds of people, including legislators. Her story shows that even an abortionist can have a turnaround and realize the wrong of what they are doing. Hopefully, her story will compel other abortionists as well as abortion supporters to examine their consciences and reconsider what they support.