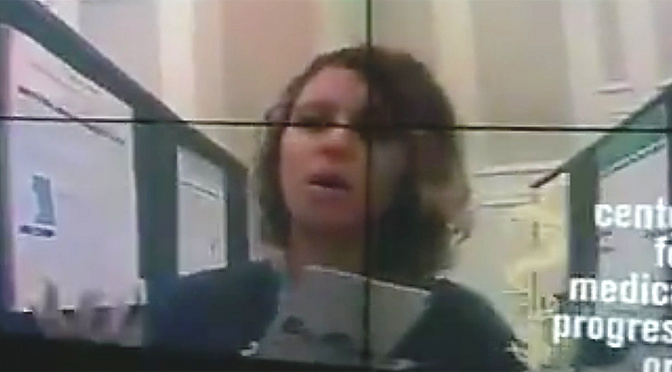 Dr. Amna Dermish of Planned Parenthood will no longer give a lecture tomorrow at an event by the American College of Obstetricians and Gynecologists in Austin, Texas.

ACOG has confirmed to Live Action News that Dr. Dermish’s originally scheduled presentation on “Legal and Ethical Considerations in Pregnancy Termination” will be replaced by a lecture from John C. Jennings, MD on “ACOG: Initiatives and Challenges.” The Dermish lecture was to be a Saturday presentation as part of the Management of Obstetrics Crisis program being held from October 15-17.

Earlier this month Live Action News was the first to report that Demish was scheduled to speak at the ACOG event. Dermish found herself in the center of controversy after appearing in an undercover tape recorded by Center for Medical Progress that can be seen around the 2 minute mark in the video below:

In the footage Dermish says she has been unable to obtain both hemispheres of fetal brain intact but that is is something to “strive for.”

The never-before-seen footage is part of a two-and-a-half year investigation into Planned Parenthood’s trafficking of fetal body parts. In the 10 videos that have been released by The Center for Medical Progress, top-level Planned Parenthood executives have been caught on tape haggling over the price of aborted baby parts. The corporation’s top abortionists have been caught on tape describing how they manipulate the abortion procedure to better harvest organs and describe how they would perform what resembles illegal partial-birth abortions.

In the wake of the undercover videos, five states have defunded Planned Parenthood, and multiple federal and state investigations into the abortion giant have been launched. The group’s over $500 million in annual taxpayer funding has been scrutinized in light of growing controversy.

ACOG has not yet responded to our request for comment on why Dermish was replaced.