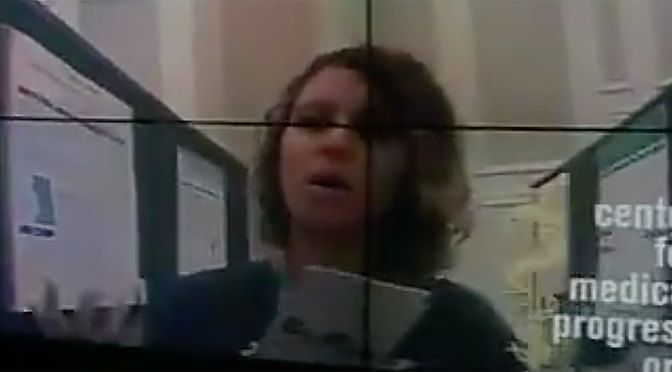 UPDATE: ACOG has confirmed to Live Action News that Dr. Dermish’s lecture has been replaced by John C. Jennings, MD. He will be presenting on “ACOG: Initiatives and Challenges.” According to Daleiden, Dermish performs abortions up to 24 weeks. “I don’t routinely convert to breech but I will if I have to,” Dermish is heard telling CMP in the undercover video.

As seen in CMP’s previous undercover videos, the apparent goal of many Planned Parenthood abortionists is to kill the preborn child while preserving as many of his or her organs as possible. This enables the organization to potentially increase the profit from each abortion by selling the organs they extract. Dermish callously tells Daleiden how she removes the baby “trunk intact” adding that the “20 weekers” are more difficult. “I always try to and keep the trunk intact, just by function. I always try to aim for a spine to bring it down,” she says. Dermish also laments the fact that she hasn’t yet been able to obtain an intact calvarium – a fetal head – which would include both hemispheres of the child’s brain. “I know, right? We’ll just give you something to strive for!” she laughs.

The health centers and ambulatory surgical centers affiliated with Planned Parenthood of Greater Texas have never participated in fetal tissue donation or research, though we recognize it is a standard practice within the medical community.

The Center for Medical Progress has released several undercover videos accusing Planned Parenthood of breaking the law by profiting off the sale of aborted baby body parts. This has spurred testimony on Capitol Hill prompting citizens and lawmakers to call for Planned Parenthood to be defunded of their almost $528 million dollars in federal tax monies annually.

Watching Dermish’s willingness to illegally alter abortion procedures to harvest organs from aborted children, you’d never guess that she had any ethics at all. But Dermish, who once stated that she “never questioned whether or not I would provide abortions – it was always a given,” is scheduled to address an American Congress of Obstetricians and Gynecologists (ACOG) educational event later this month at St. David’s Women’s Center of Texas in Austin on – of all things -“Legal and Ethical Considerations in Pregnancy Termination.”